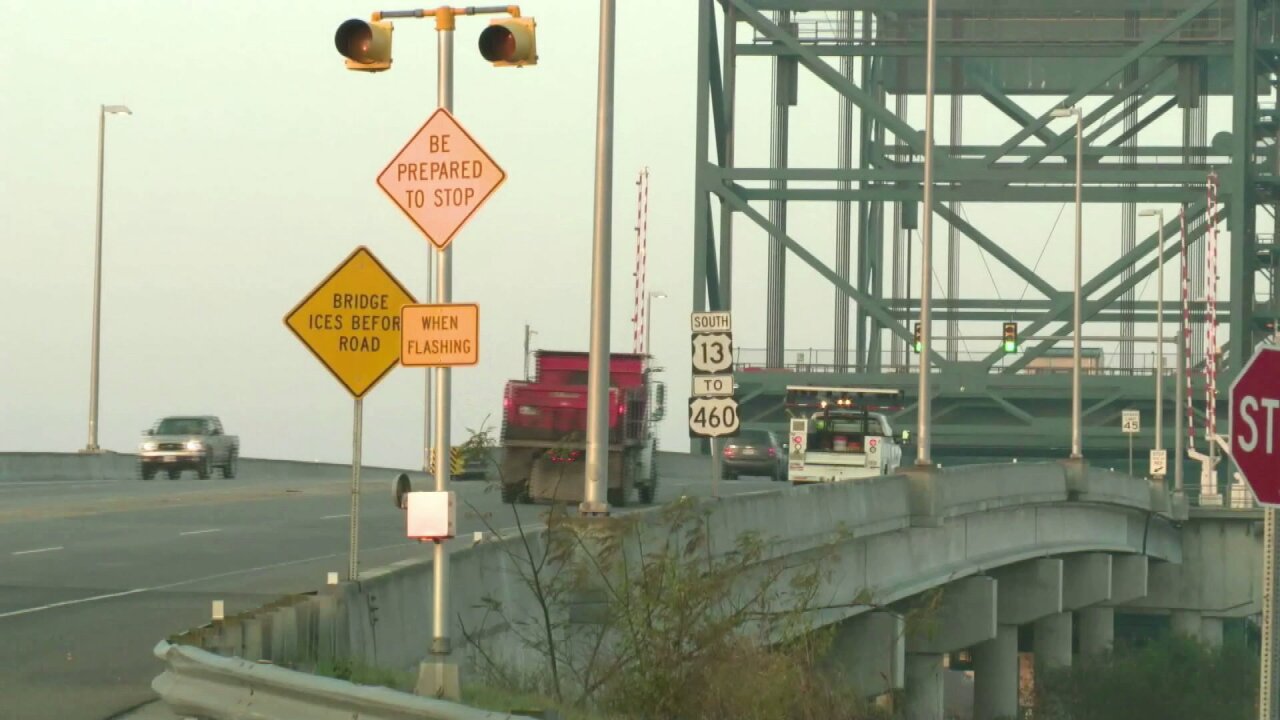 CHESAPEAKE, Va. – A crash involving three vehicles has caused multiple people to be taken to a hospital with life threatening injuries, according to the Chesapeake Police Department.

Chesapeake Police confirmed four people were hurt in the crash that happened on the east side of the Gilmerton Bridge around 10:45 p.m. on Tuesday. A few of those hurt were part of the “multiple people” with life threatening injuries.

The crash on the bridge reportedly started westbound on Military Highway when a Chevrolet Silverado rear-ended a Honda Civic, sending the sedan into trees along the roadway. The Silverado truck then reportedly crossed the roadway, striking a Chevrolet Tahoe that was traveling the opposite direction.

No further information has been provided by officials. It is not known which drivers, — and or — passengers, were hurt from the three vehicles involved.

It is currently unknown if drugs or alcohol are a factor in the crash.