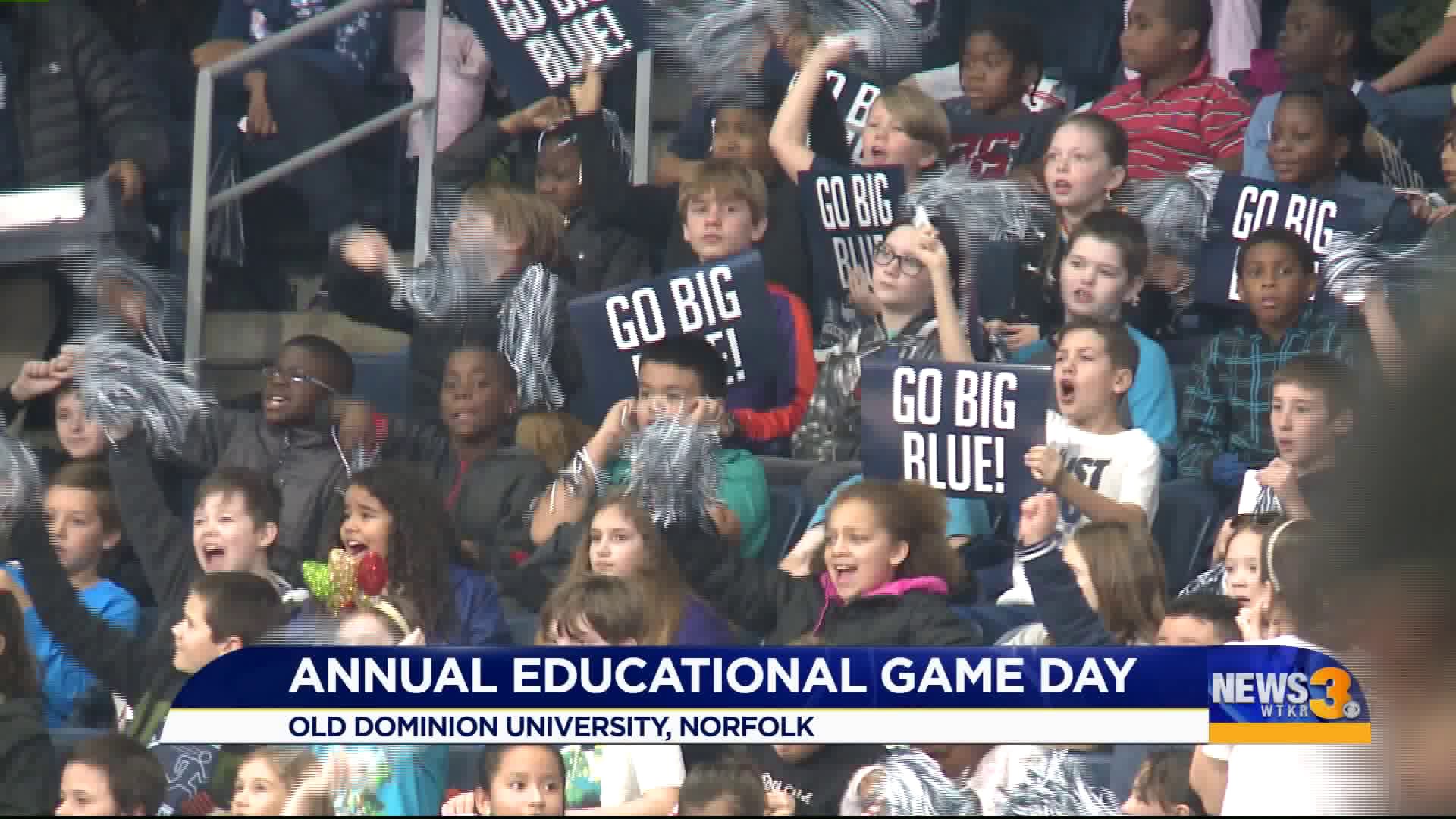 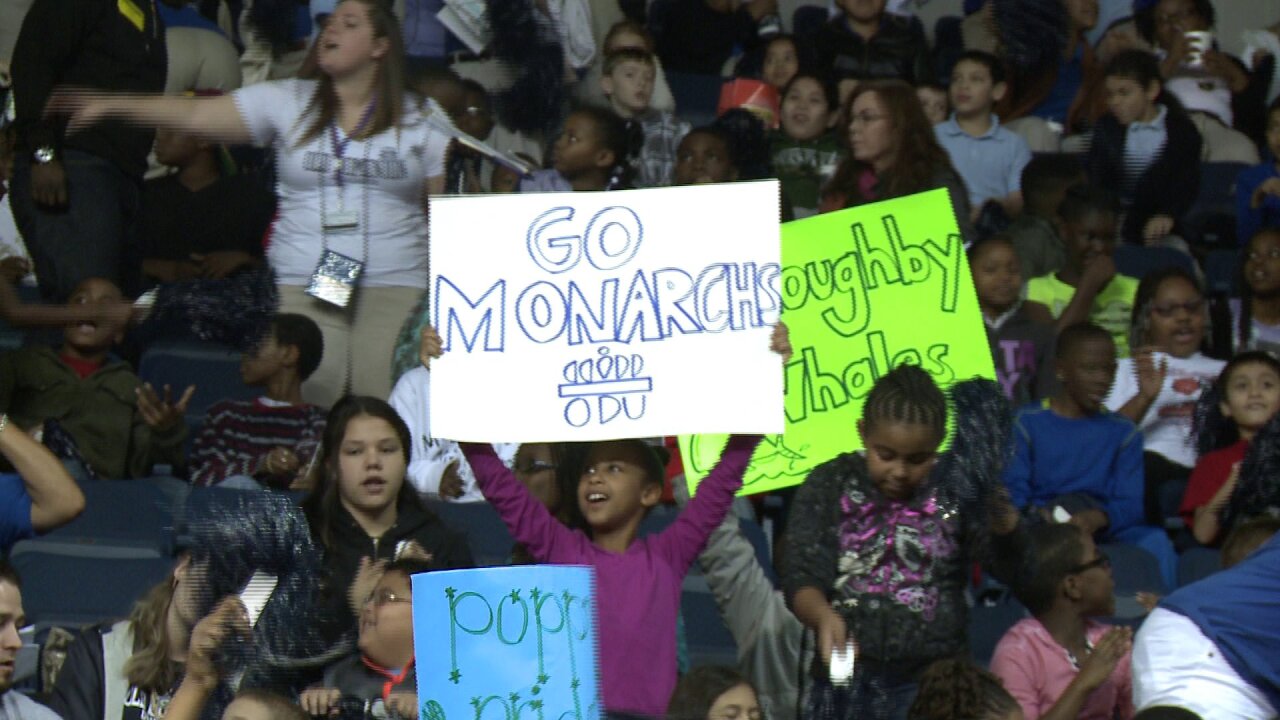 In its ninth year, the annual event invites school children from across Norfolk to enjoy an ODU Women's Basketball game and a free lunch.

“The kids think our players are superstars. They want autographs, they want pictures," Brittany Young, the team's assistant coach, said.

The team faced off against the Winthrop Eagles. They entered the game after defeating Auburn 89-77.

“These kids come from different home environments and you’re not sure what they get," Young said. "When they come here for two hours, we feed them lunch and have a chance to scream, go crazy, dance and it also gives us a little support in the meantime.”

Hear these children cheer! Lots of children from the Norfolk City Public Schools are here at Chartway Arena for the annual Education Game Day. Hear what it means for the team, tonight at 4 and 5 p.m. pic.twitter.com/sMIvlNDeCB

The players cheered on the players as they came out of the locker room with the cheerleaders leading the way with banners. Playing in front of the children was personal for the team.

“Our players were once in their shoes, so we take a lot of pride in performing in a way to make them proud," Young said.

The mascot also walked around to get the crowd hyped. ODU's Women's Basketball team defeated the Eagles 68-44.