Another Confederate monument comes down, this time in North Carolina 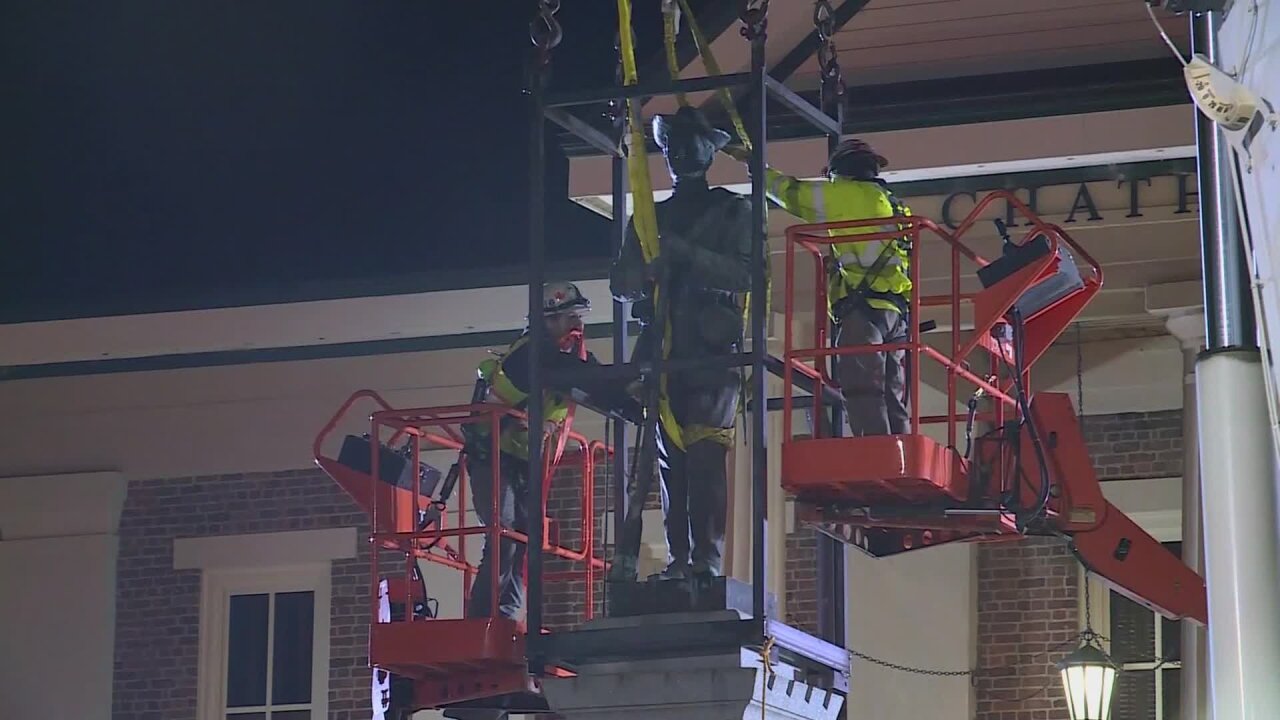 **Embargo: Raleigh-Durham, NC** A Confederate monument that had stood in front of a North Carolina courthouse for 112 years was taken down overnight after months of debate and protests.

A Confederate monument that had stood in front of a North Carolina courthouse for 112 years was taken down overnight after months of debate and protests.

Crews used cranes early Wednesday to remove the monument — a bronze statue of a Confederate soldier atop a marble pedestal — from its spot outside the Chatham County courthouse in Pittsboro, roughly a 35-mile drive west of Raleigh.

It was the latest Confederate memorial in the South to be moved in the past few years amid a national debate about their purpose and necessity.

The county Board of Commissioners voted in August to remove the statue, CNN affiliate WRAL reported.

That sparked a court challenge by the group that donated the statue in 1907, the Winnie Davis Chapter of the United Daughters of the Confederacy. A judge ruled this month that the group did not give sufficient evidence supporting the monument’s continued presence in front of the courthouse, CNN affiliate WTVD reported.

The statue and pedestal “will be transported to a safe location where they will be preserved and stored” until the Winnie Davis chapter “finds a more appropriate location to place them,” the county said in a news release.

A few dozen people gathered to watch the removal after the county announced late Tuesday that it was about to happen, CNN affiliates reported.

Robert Butler, a supporter of the monument, told WRAL that its removal was heartbreaking.

“A statue’s never hurt a soul, just like a grave memorial. Do they hurt anybody?” he said.

Anderson Ritter told WRAL that he supported the takedown.

“It represents stuff that never really should have happened, and it kind of memorializes and makes it seem good,” Ritter told WRAL. “I and other people don’t agree with that.”

Debate over the monument’s future sparked protests against and for its removal in recent weeks. A fight erupted Saturday between pro-monument demonstrators and counterprotesters, leading to the arrests of 11 people, WTVD reported.