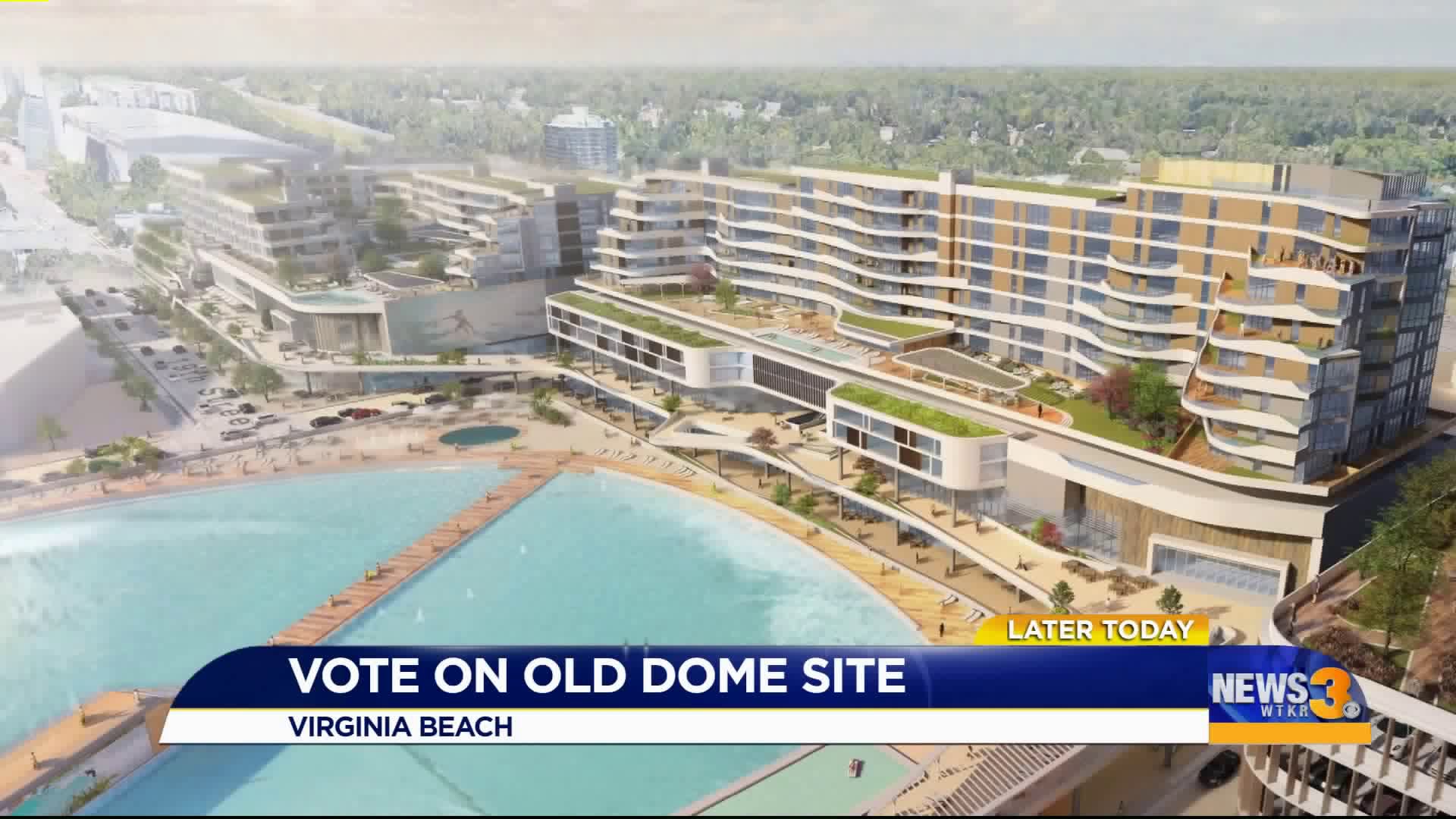 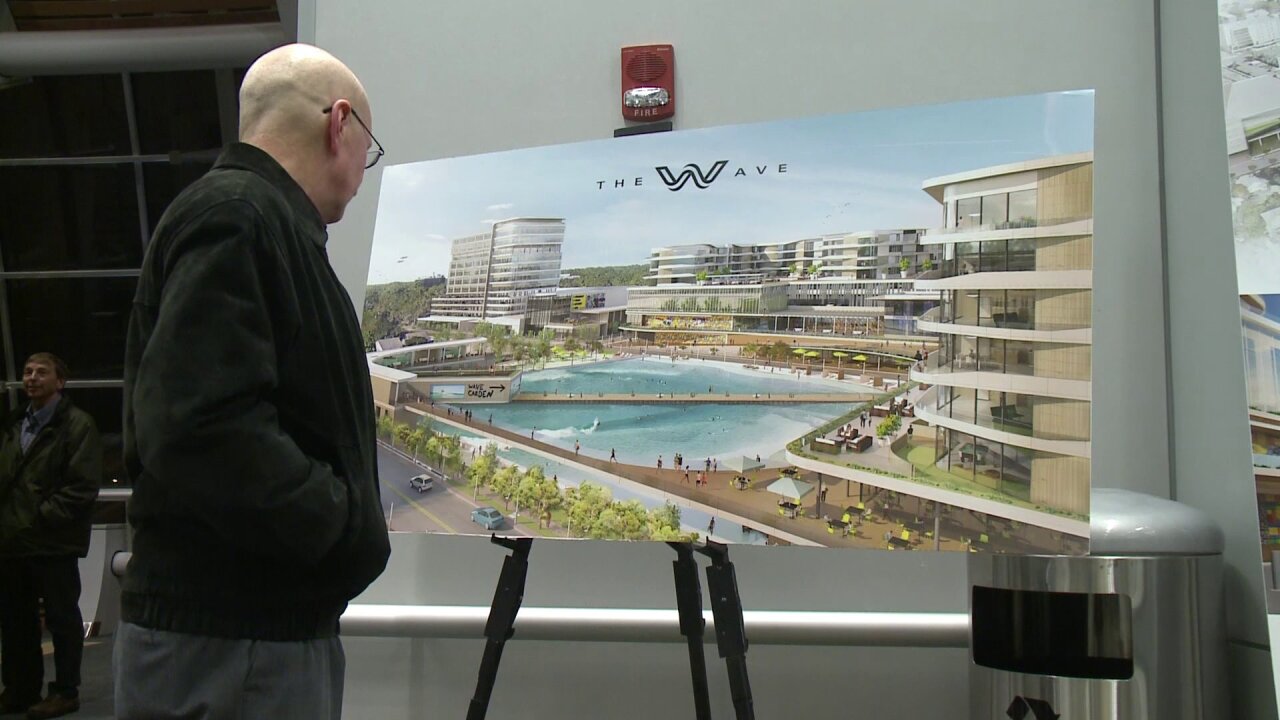 At its 6 p.m. meeting, council members voted 10-0 on a deal to build a massive entertainment complex worth hundreds of millions of dollars.

It was more than two years ago when the news broke that music superstar and Virginia Beach native Pharrell Williams was part of an effort to build up what’s known as the old Dome Site.

Tuesday's vote was on whether to enter into a binding agreement with Venture Realty Group to develop the site. City leaders approved a non-binding term sheet earlier this year.

The development, called Atlantic Park, would take up about 10 acres between 18th and 20th streets and would be centered around an artificial surf park.

There would also be an entertainment venue for 3,500 people, apartments and condos, restaurants and space for stores.

The goal is to make the Oceanfront a year-round destination. 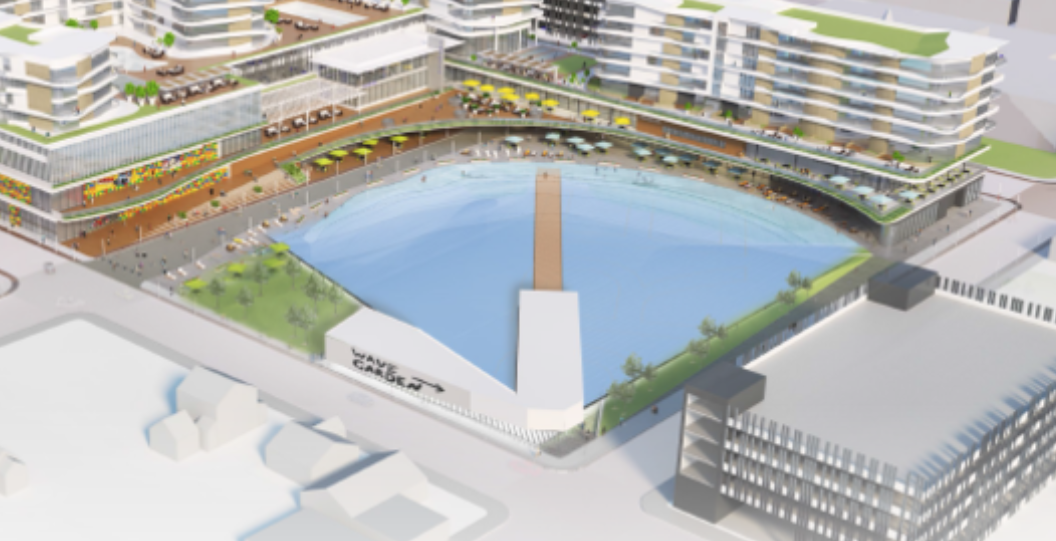 At a public hearing for the project last week, Williams appeared in person in support of the project, saying, "There is an artistic element to it as well, and when you think about it, bringing things like this into a community inspires other people to think, 'OK, maybe we can step it up.'"

Williams said this project could build off the momentum of the inaugural Something in the Water music festival, which he brought to the Oceanfront in April.

The project is projected to cost more than $325 million.

Venture Realty Group, Williams and other private partners will pay $230 million for the retail, residential, commercial office and surf park. The city will pay $95 million for public parking, streetscapes and the entertainment venue.

The city says money will be coming from tourism-related taxes, not from the General Fund. The project also calls for incentives based on the project's performance, as well as the use of a complex bond mechanism.

Though the project has been approved, it could still be a couple years before construction on the project begins.