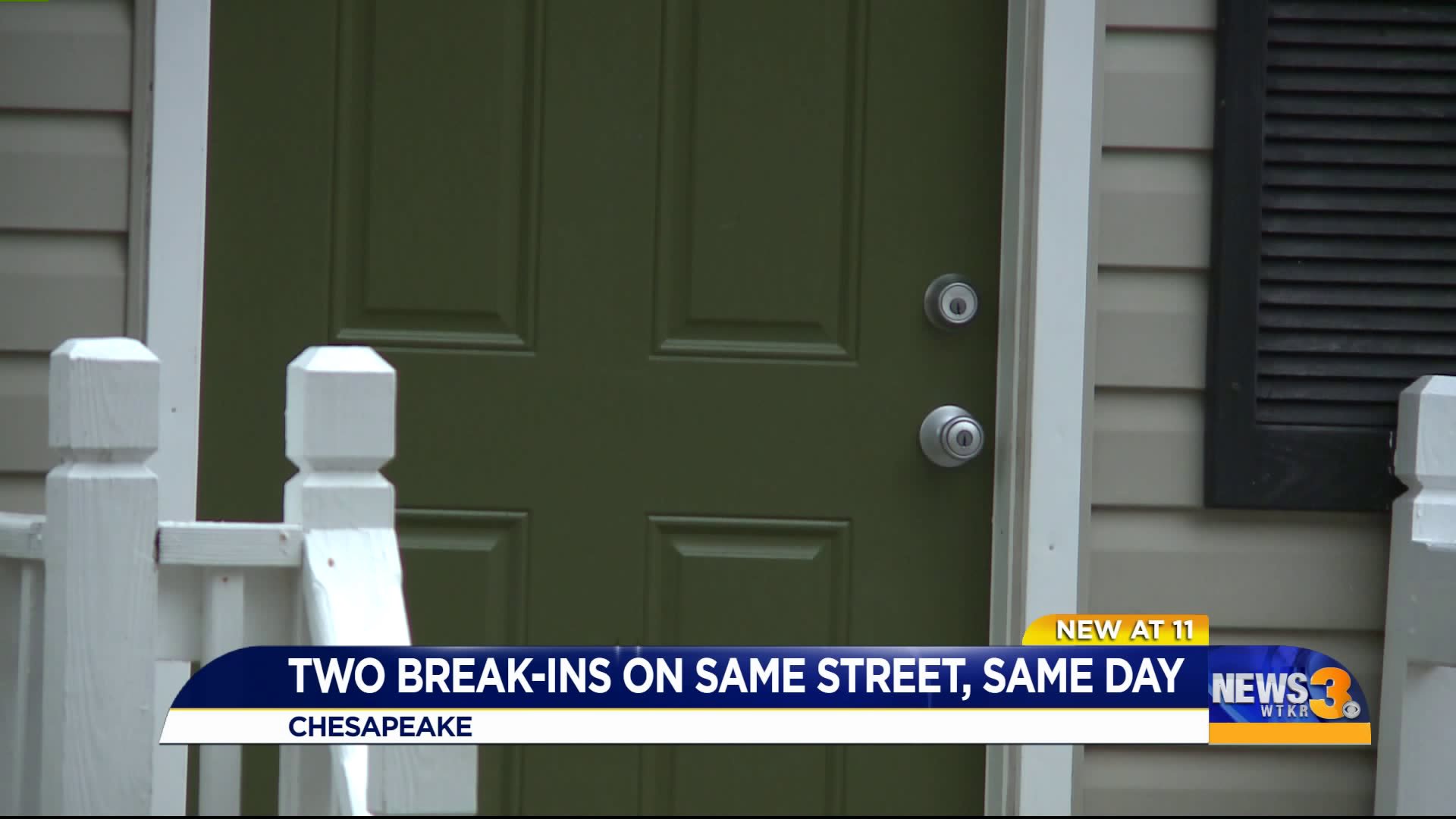 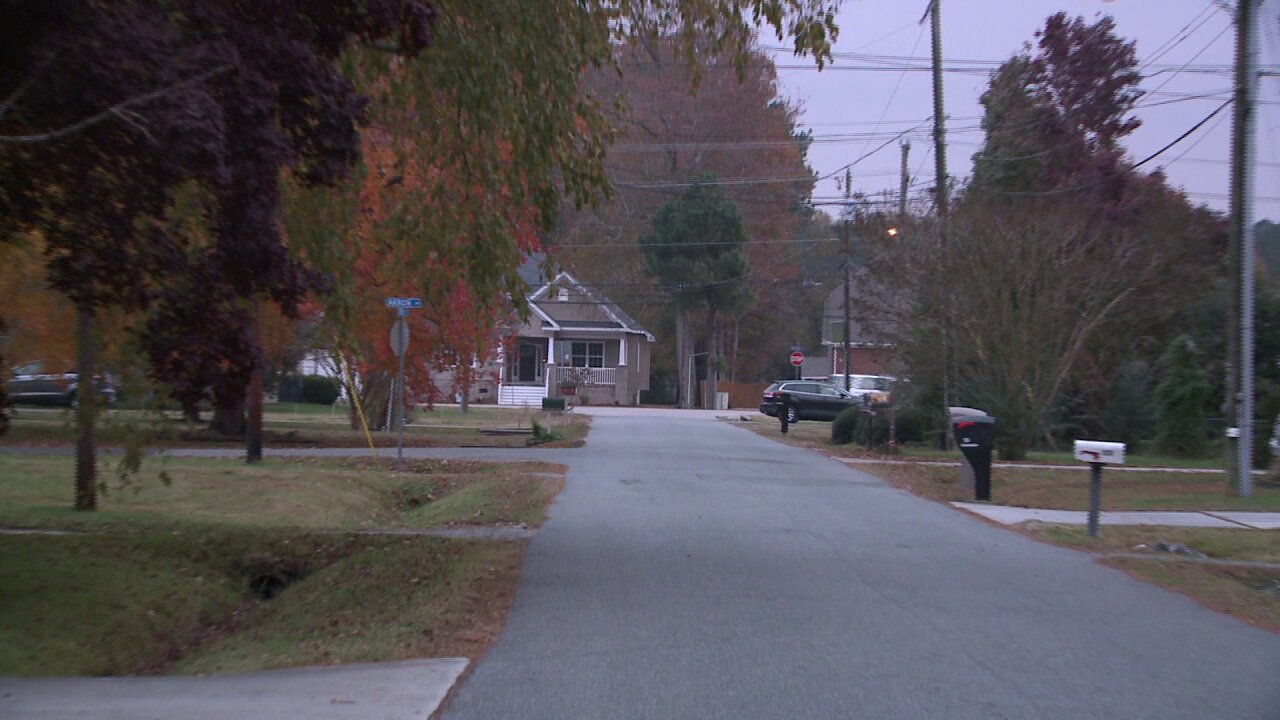 CHESAPEAKE, Va. - “Is this neighborhood not as safe as it used to be?” wondered Shenandoah Kwiatkowski.

This is the question he asks himself after seeing police cars and a forensics van across the street from his house.

“I was driving the road here to come home and park in my driveway and I see two cop cars and they were outside talking with one of my neighbors, so I was like, 'Hmm... what’s going on?'" said Kwiatkowski.

Chesapeake Police are looking for the person who broke into two homes on Erie Street.

“Ever since we have been living here, it’s been pretty safe. I haven’t heard about any problems like this going on,” he adds.

Colleen Hallett walks her dog around the neighborhood twice a day. She says in her 20 years of living in the Homemont area of the city, this is the first time she's heard of something like this.

It's especially surprising since neighbors say several law enforcement officers live up and down the street.

“Skip over the house, there is another Portsmouth Police officer there and the person next door to me is with the sheriff’s department,” adds Hallett.

We took a look at the crime map in this area. The last report of crimes was over the summer: Vandalism in June and a car break-in in August.

Related: 'A lot of people who live here don’t stay very long' Neighbors in Norfolk community fed up with crime

Chesapeake Police tell News 3 that these break-ins did not take place at night. They say it happened in broad daylight while these homeowners were at work.

“We are really lucky that it wasn’t us. I feel sorry for the people whose homes got broken into,” said Kwiatkowski.

While police are investigating who did this, neighbors say it’s time to take action.

“This could happen to anybody, so just take the necessary precautions so that this doesn’t happen to you. Like putting in an alarm system or making sure all the doors are locked properly.”