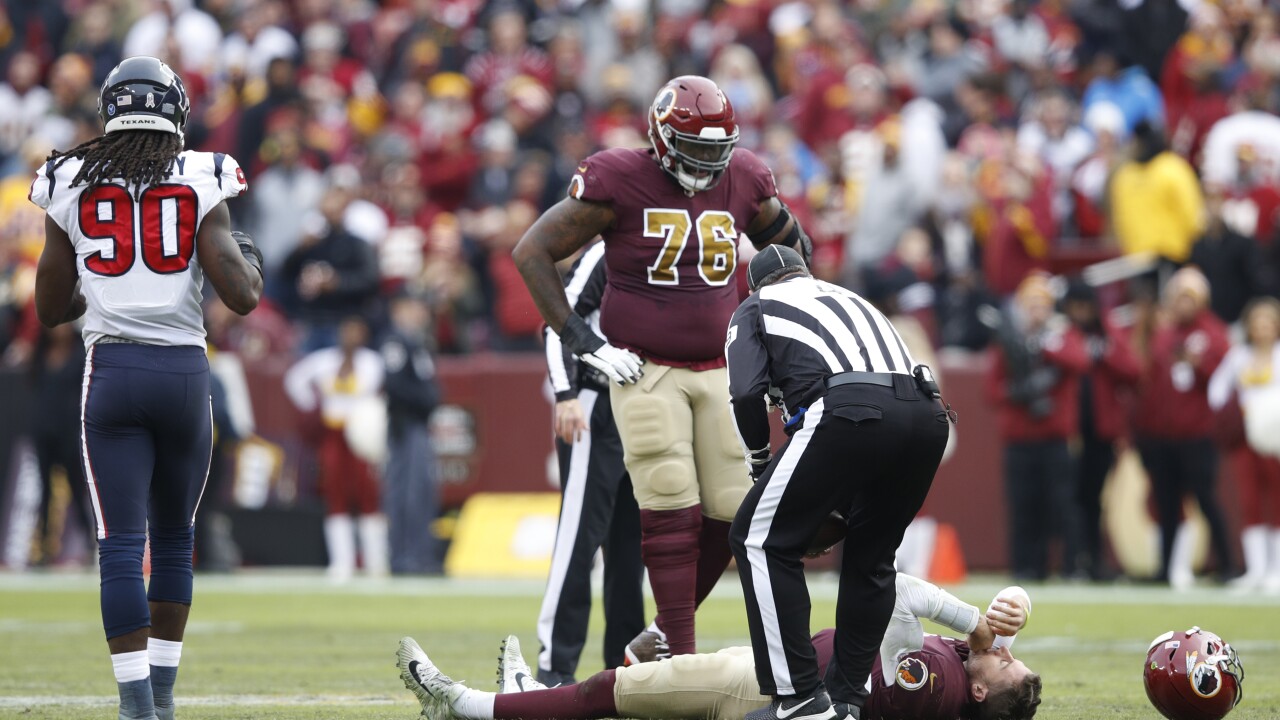 Alex Smith lays on the field after being sacked and injured. (Photo by Joe Robbins/Getty Images)

Alex Smith being carted off.
(Photo by: Joe Robbins/Getty Images)

LOUDOUN COUNTY, Va. – Monday marks exactly one year since Redskins quarterback Alex Smith suffered a gruesome leg injury during Washington’s game vs. Houston. While Smith is making progress with his broken leg, the same can’t be said for his team.

The Redskins have lost 15 of 17 games since Smith’s injury. Entering the contest during which the franchise QB was injured, Washington was 6-and-3 on the season and in first place in the NFC East division. Currently, the ‘Skins are 1-and-9 and tracking towards one of the worst seasons in franchise history.

Alex Smith lays on the field after being sacked and injured. (Photo by Joe Robbins/Getty Images)

Since Smith’s devastating injury – one that required multiple surgeries and has his football future in doubt, the Redskins have started five different quarterbacks. Colt McCoy, Mark Sanchez, Josh Johnson, Case Keenum and Dwayne Haskins have combined for a 2-and-15 record. Washington has been outscored 414-209 in games started by any QB other than Smith the past two seasons.