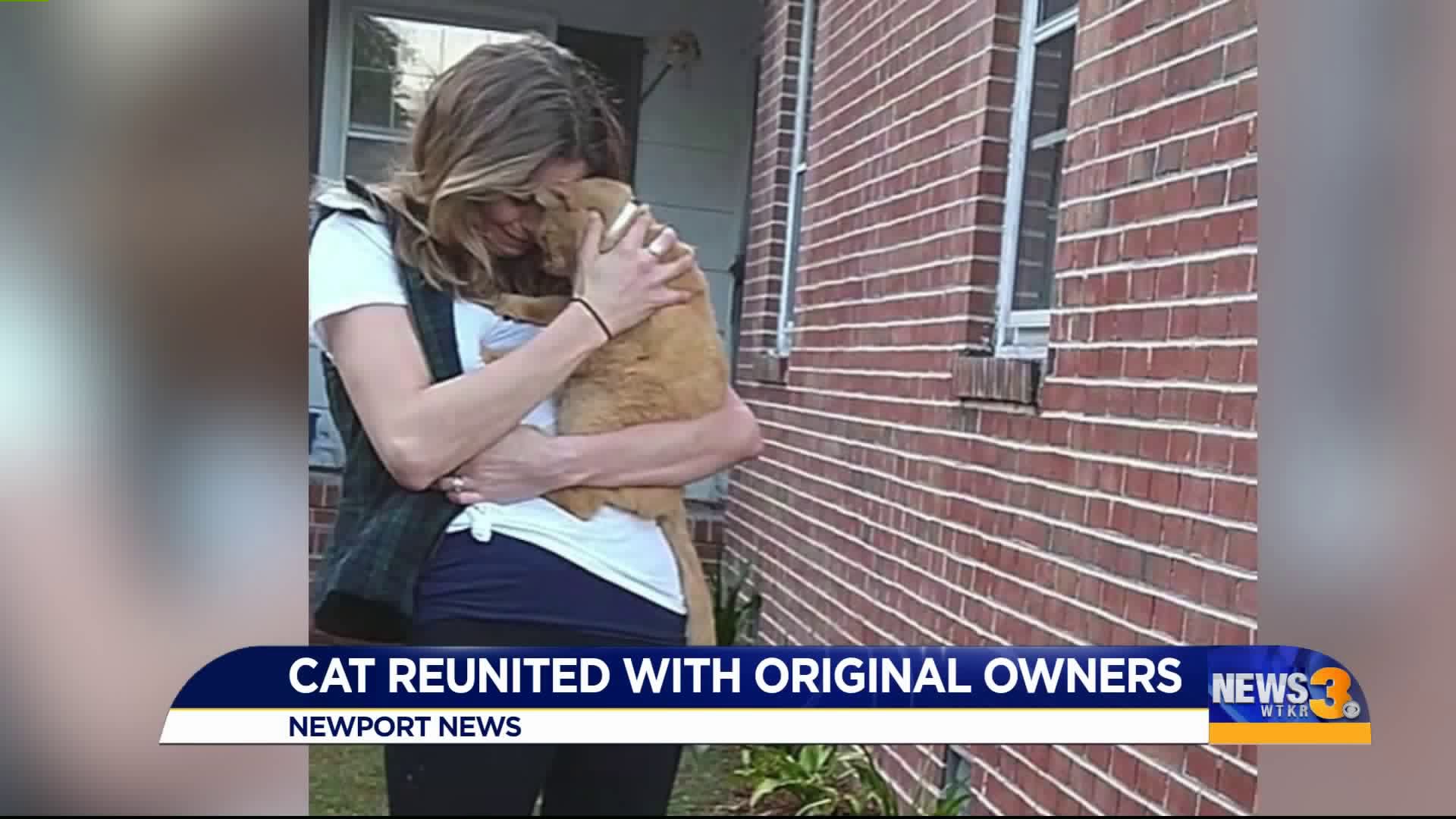 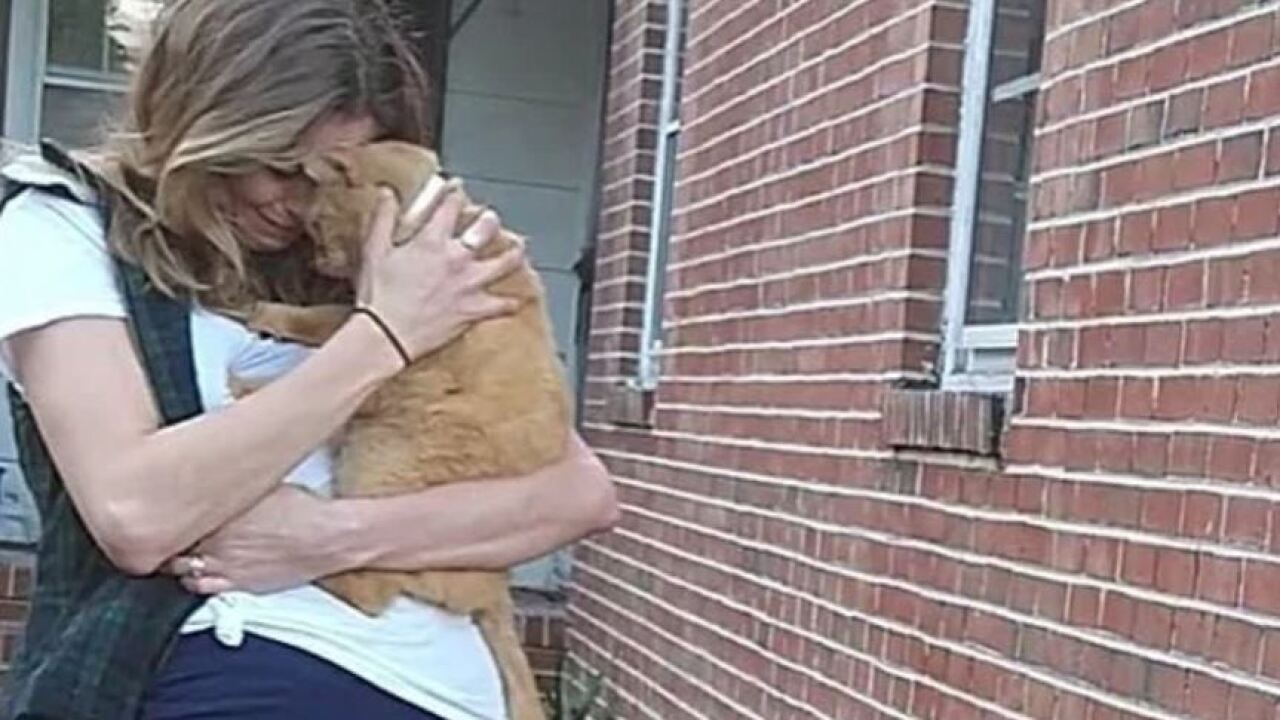 HAMPTON, Va. - A cat owner has been reunited with her pet more than a year after he disappeared.

Mindy Criner says her cat - named Cat - was last seen at her Hampton home in May 2018. She put up fliers and put items of clothing outside to help him find his way home, but nothing worked.

Mindy Criner and Cat the cat

More than a year later, she received a surprising call from Animal Control. Cat had been found, but he had been injured. Criner says Cat was hit by a car.

A man who had been putting food out for Cat for the last year called Animal Control when he found the cat hurt. When Animal Control brought Cat in for care, they scanned him for a microchip and got in contact with Criner.

For 536 days, Cat was less than two miles away.

Criner is grateful that Cat is alive and was fed for the last year, but she believes he could have been returned home to her sooner if the people who cared for him called Animal Control when they first found him. She's now hoping her story will encourage those who find animals to call Animal Control or bring them to a veterinarian.

In a Facebook post Criner, said, "Microchip your pets and don't assume a pet you've found was abandoned. He (Cat) was only 1.8 miles from home, two blocks from the park we visit 3-4 times a week. He's safe, out of the cold and is getting fed up with excessive snuggles. Best of luck to anyone searching for their pet. Don't give up."