Bridge collapse in France leaves one dead and several injured 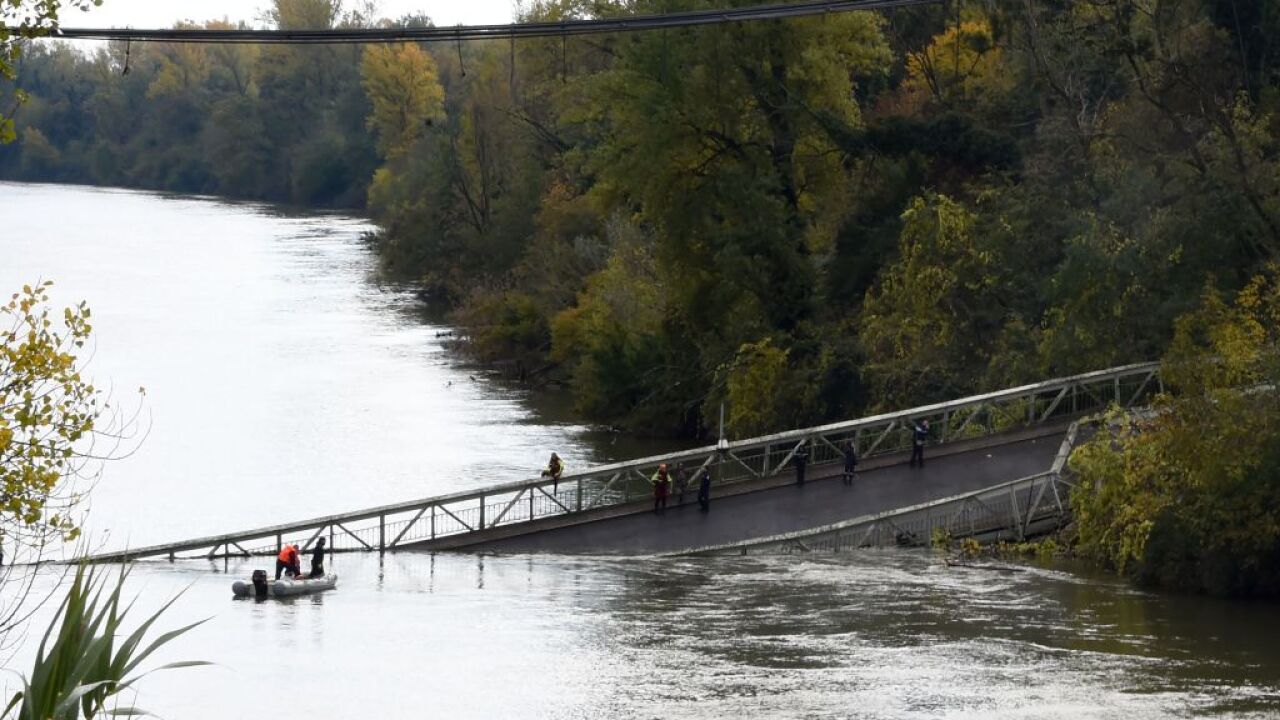 Rescuers sail near a suspension bridge which collapsed on November 18, 2019 in Mirepoix-sur-Tarn, near Toulouse, southwest France. – A 15-year-old girl was killed after a suspension bridge over a river collapsed on November 19, causing a car, a truck and possibly a third vehicle to plunge into the water, local authorities said. Four people were rescued but several others were feared missing after the collapse of the bridge linking the towns of Mirepoix-sur-Tarn and Bessieres, 30 kilometres (18 miles) north of the city of Toulouse, said fire service and local security chief Etienne Guyot. (Photo by ERIC CABANIS / AFP) (Photo by ERIC CABANIS/AFP via Getty Images)

One person was killed and several were injured after a bridge collapsed in southwest France on Monday, according to the Haut-Garonne fire brigade.

A 15-year-old girl died after the bridge leading to the small town of Mirepoix-sur-Tarn collapsed at 8 a.m. local time, Toulouse prosecutor Karline Bouisset said. The girl’s mother was rescued by witnesses at the scene.