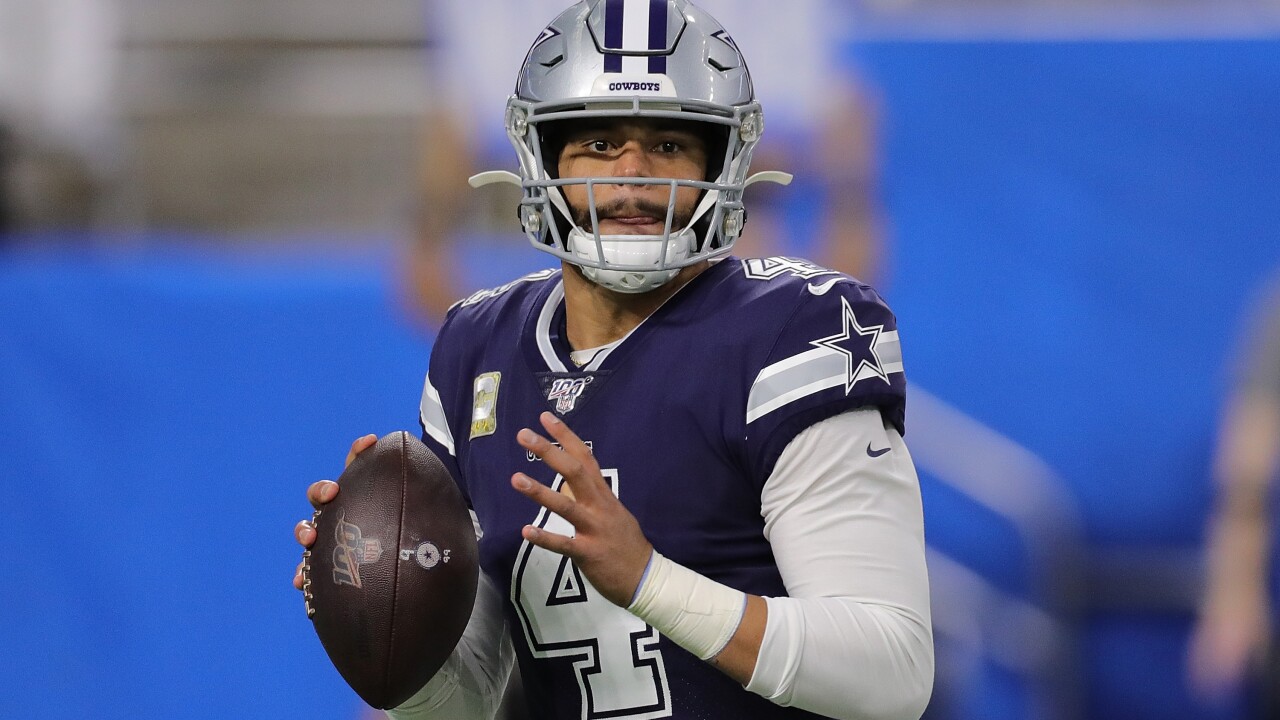 NEW YORK (NFL Communications) – Courtesy of NFL Communications, here’s a look at seven statistical highlights from games played at 1:00 p.m. and 4:00 p.m. ET on Sunday, November 17, the 11th week of the 2019 season.

The BALTIMORE RAVENS rushed for 263 yards in their 41-7 win over Houston in Week 11.

Houston wide receiver DEANDRE HOPKINS had seven receptions, including the 600th of his career, in Week 11. At 27 years and 164 days old, Hopkins is the second-youngest player in league annals to reach 600 career receptions, trailing only LARRY FITZGERALD (27 years and 110 days old).

The MINNESOTA VIKINGS overcame a 20-0 halftime deficit to defeat Denver, 27-23, in Week 11. The Vikings are the first team in the regular season since the SAN DIEGO CHARGERS (vs. San Francisco on December 20, 2014), who trailed 35-7 at halftime and won 38-35 in overtime, to overcome a halftime deficit of at least 20 points and win.

Dallas quarterback DAK PRESCOTT passed for 444 yards and three touchdowns with zero interceptions for a 116.6 rating in the Cowboys’ 35-27 win at Detroit.

Atlanta quarterback MATT RYAN passed for 311 yards with one touchdown and zero interceptions for a 111.1 rating in the Falcons’ 29-3 win at Carolina.

Ryan, currently in his 12th season, has 60 career games with at least 300 passing yards and joins DREW BREES (67 games) as the only quarterbacks with at least 60 such games in their first 12 seasons in NFL history.

Carolina running back CHRISTIAN MCCAFFREY recorded 191 scrimmage yards (121 receiving, 70 rushing) along with 11 receptions in Week 11. McCaffrey has seven career games with at least 10 catches, surpassing LARRY CENTERS (six) and Pro Football Hall of Famer LADAINIAN TOMLINSON (six) for the most by a running back in NFL history.

Since entering the NFL in 2017, McCaffrey has 12 career games with at least 50 rushing yards and 50 receiving yards, tied with HERSCHEL WALKER (12 games) for the most such games by a player in his first three seasons in NFL history.

Buffalo quarterback JOSH ALLEN passed for 256 yards and three touchdowns with zero interceptions for a 117.7 rating and added 56 rushing yards with a touchdown in the Bills’ 37-20 win over Miami.

Miami kick returner JAKEEM GRANT, in his fourth NFL season, had a 101-yard kickoff return for a touchdown in Week 11, his second career kick-return touchdown of at least 100 yards.

New Orleans wide receiver MICHAEL THOMAS had eight receptions for 114 yards and a touchdown in the Saints’ 34-17 win at Tampa Bay. Thomas has 94 receptions in 2019 and surpassed Pro Football Hall of Famer MARVIN HARRISON (89 receptions in 2002) and JULIO JONES (89 in 2015) for the most by a player in his team’s first 10 games of a season in NFL history.

Adams, who had two sacks in Week 10, is the third defensive back to record at least two sacks in consecutive weeks since 1982, when the individual sack became an official statistic, joining AARON BEASLEY (Weeks 5-6 in 2000) and CARNELL LAKE (Weeks 14-15 in 1997).