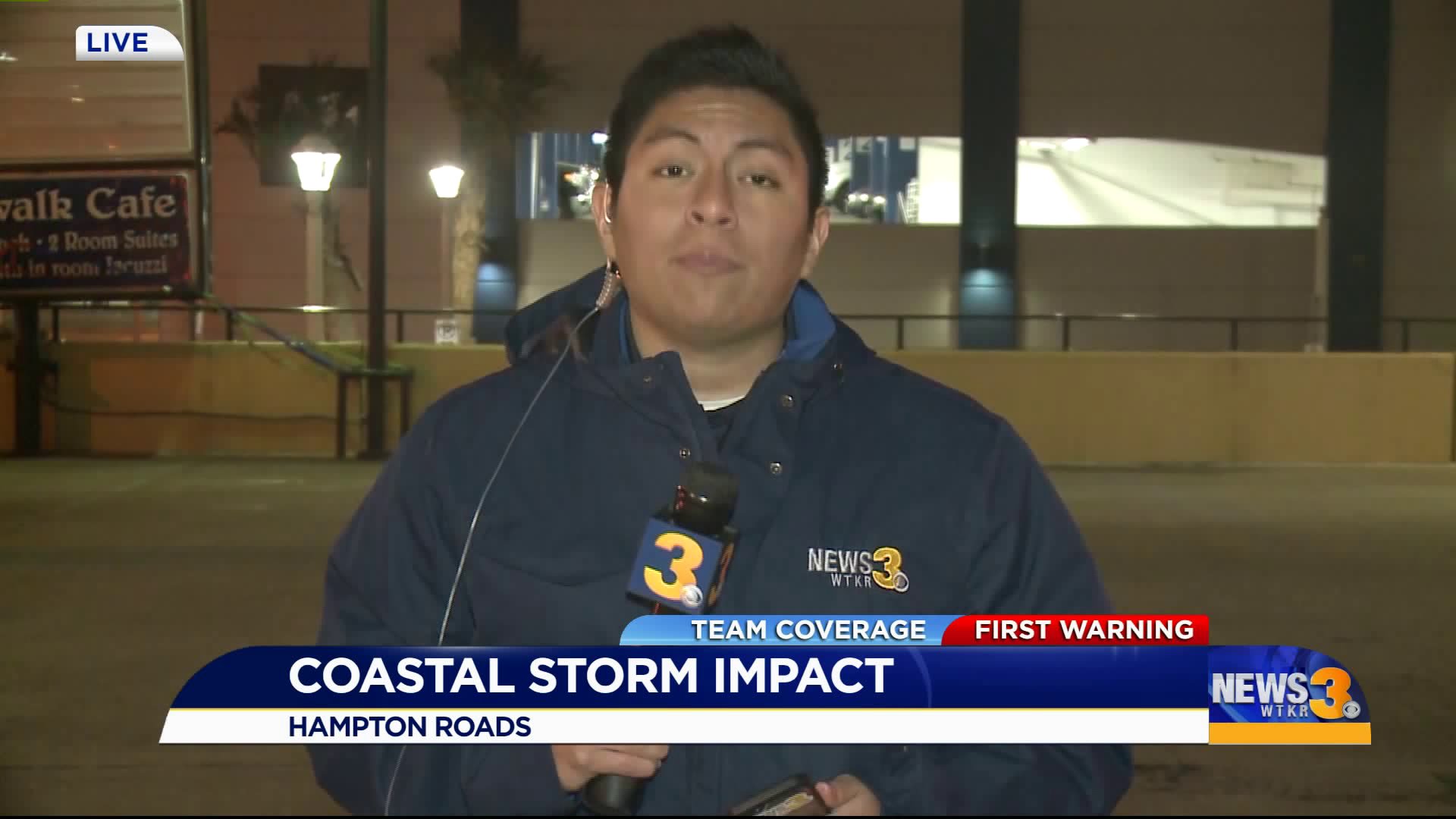 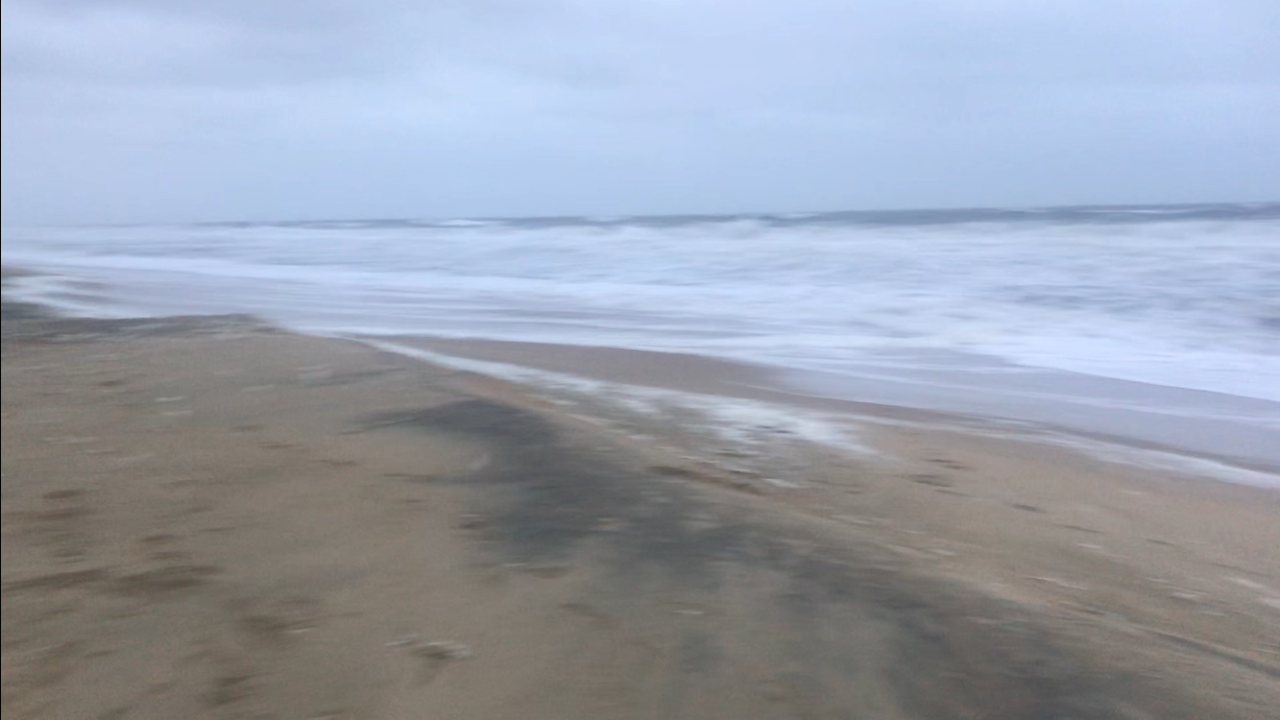 VIRGINIA BEACH, Va. - A storm hit the coasts of Virginia and North Carolina on Saturday, bringing rough waves, heavy winds and some rain with it.

Dana Daughters and Danina O'Leary, visitors from Ohio, said they did not expect to be in the middle of the storm. They were in Hampton Roads to welcome Daughters' son, who was aboard the USNS Comfort as it came back to its homeport.

"Oh, it's terrible," Daughters said. "We just left the snow in Geneva, Ohio to come to this."

O'Leary said, "We just drove down here just to see this."

Similarly, John Voll left the snow in his home state of Wisconsin to see family and get his feet wet at the beach. He took off his shoes and socks and waded in the rough waves.

Drive roughly 25 minutes away into Norfolk and you'd be greeted with calmer winds and some minor flooding on the roads.

"I mean, this car is going right through and didn't even hesitate," Isaac Phillips, a Norfolk resident, said as he saw a car driving through a flooded street.

It is a scene Phillips said he has seen plenty of times during a storm. So far, things have not been terrible for him.

"But as for people trying to get in and out of the neighborhood, it does cause a lot of problems," Phillips said. "Especially considering that Boush and Olney gets heavily flooded."

Storm or no storm, it was still part of the experience for some.

"Experience it, experience life, it's beautiful down here," Daughters said. "You're seeing something different you don't normally see."

O'Leary made this recommendation: "Bring an umbrella and a poncho."

The storm is expected to continue into Sunday.