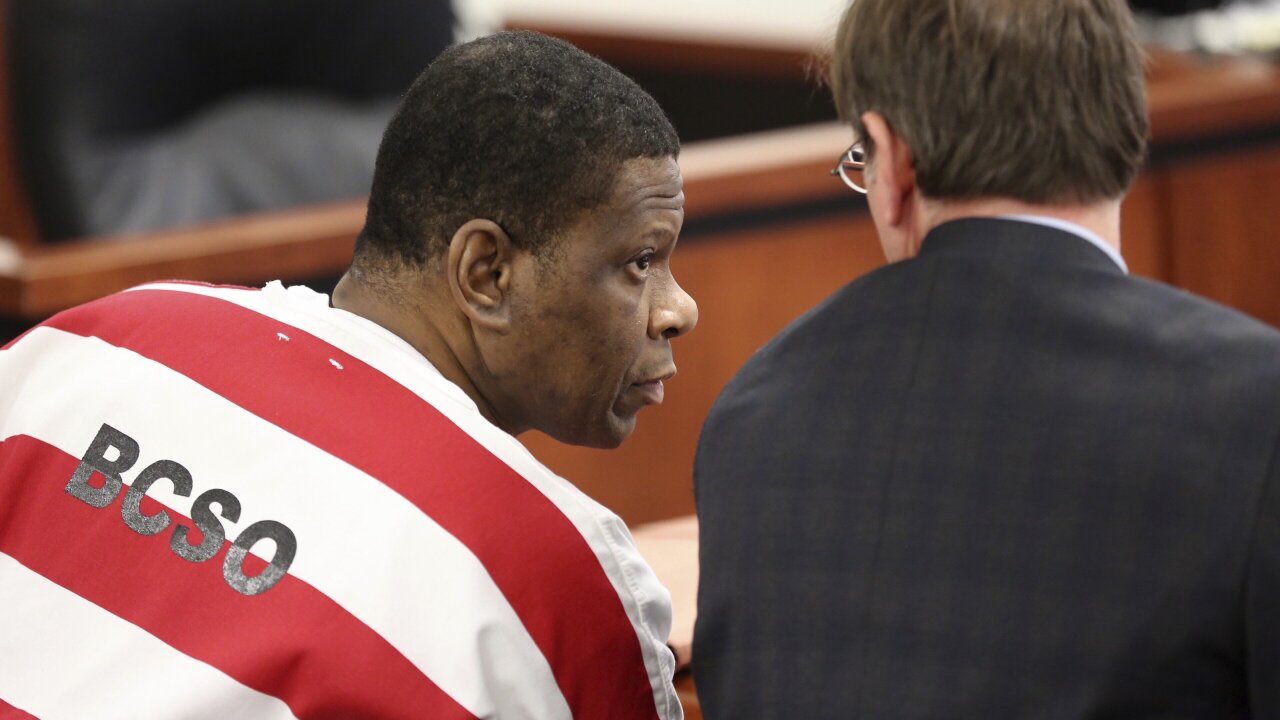 The Texas Court of Criminal Appeals blocked the execution of Rodney Reed Friday, allowing a lower court to consider Reed’s claim that the state presented false testimony and that he is innocent.

The Texas Board of Pardons and Paroles recommended earlier Friday that Gov. Greg Abbott grant a 120-day reprieve to Reed.

“This time is critical to allow for proper consideration of the powerful new evidence of his innocence and possible DNA testing that could help prove who actually committed the crime,” said Bryce Benjet, Reed’s Innocence Project attorney. “We hope that Governor Abbott will consider all of the facts in this case, and adopt the Board’s recommendation as soon as possible.”

Reed was sentenced to death more than 20 years ago for the 1996 assault, rape and strangling of 19-year-old Stacey Stites. He was scheduled to be executed November 20.

The inmate and attorneys with the Innocence Project say they have evidence that exonerates him and allegedly implicates Stites’ fiancée at the time, Jimmy Fennell, who was a police officer.

The case has united lawmakers, religious leaders, celebrities such as Kim Kardashian West and Rihanna, and more than 2.9 million people who have signed a petition on freerodneyreed.com asking Abbott to halt the execution.

Reed submitted an application to the board requesting the 120-day reprieve or a commutation of his sentence to a lesser penalty. The board chose to ask for a reprieve, according to a release from the board.

“So grateful for the commitment and passion of everyone who voiced their support, the Texas Board of Pardons and Paroles for their recommendation to issue a 120 day reprieve, and the courts for issuing a stay!” Kardashian West tweeted Friday after the stay was ordered.

Kardashian West visited Reed Friday in the prison where he is being held, according to Andrew McRae, one of Reed’s attorneys.

Rep. Michael T. McCaul wrote Abbott and the board this week to ask for a delay of the execution. Texas executes the most death row inmates of the 50 US states.

McCaul, a Texas Republican, is among a growing list of supporters across the country who say the new evidence might prove Reed did not kill Stites in Bastrop, Texas.

New witness affidavits from neighbors, colleagues, and associates of Stites and Fennell paint their relationship as abusive and difficult. There is more testimony supporting the assertion that Stites was in an affair with Reed.

One witness said that at Stites’ funeral, Fennell said something like, “You got what you deserved,” while looking at her body.

The new testimony aims to refute the prosecution’s portrayal of Fennell and Stites as a happy couple eagerly anticipating their upcoming wedding and further cast Fennell as a potential suspect in his fiancée’s murder.

Fennell was never charged in her death. His attorney, Robert Phillips, said his client denies any involvement in Stites’ death, and he said the stories were lacking in credibility.

“There’s no evidence that’s worthy of presenting even to a grand jury that Jimmy Fennell was somehow involved,” Phillips said.

The lead prosecutor for Reed’s case maintains he is guilty and has said that DNA evidence from Stites’ body proves it.

But Reed’s attorneys say his DNA was on Stites’ body because they were in a consensual sexual relationship.

The Innocence Project noted that Reed, who is black, was convicted by an all-white jury.

The group says the murder weapon was never tested for DNA evidence and that forensic experts admitted to errors in their testimony, and that a former prison inmate claims the victim’s fiancée confessed to the murder that sent Reed to prison.