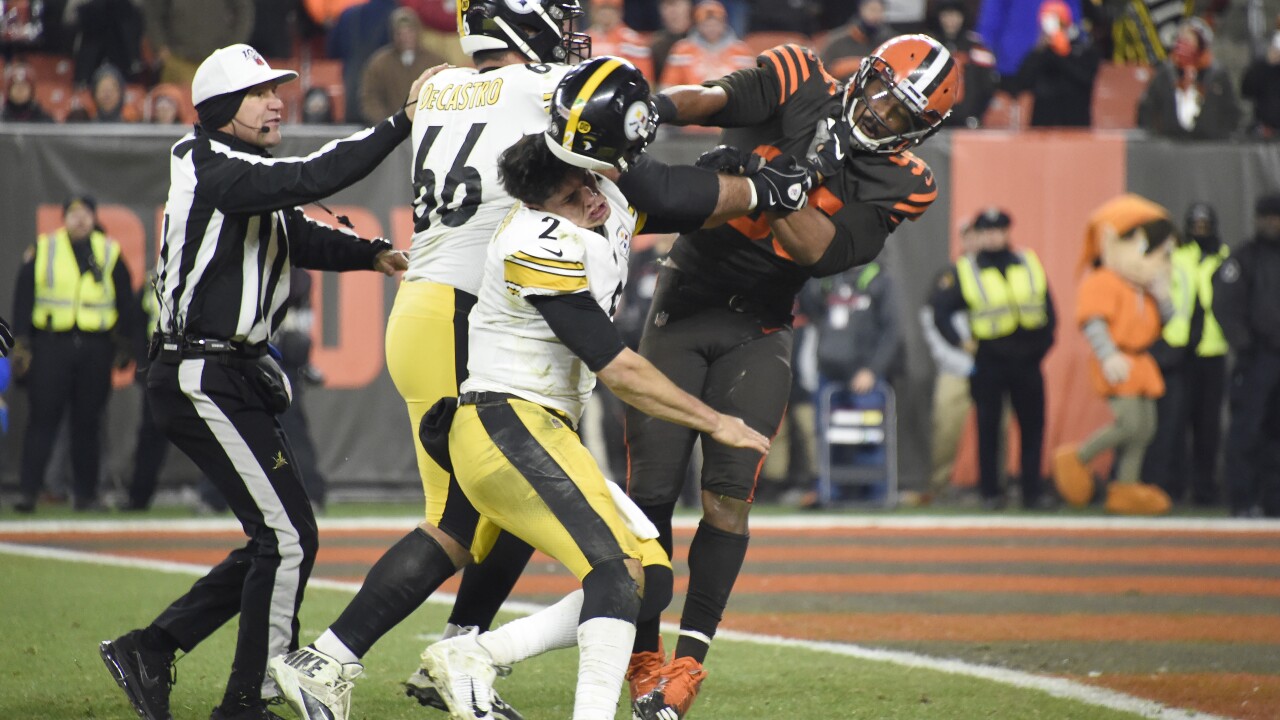 CLEVELAND, Ohio – In the final seconds of one of their biggest victories of the season and their first vs. Pittsburgh in five years, there was a massive momentum swing for the Cleveland Browns. However, it had nothing to do with the Browns’ victory vs. the Pittsburgh Steelers.

In the final seconds of Cleveland’s 21-7 win vs. Pittsburgh, Browns star defensive end Myles Garrett ripped off the helmet of Steelers quarterback Mason Rudolph and swung it at the QB – connecting with the top of his head. It was a melee unlike we’ve seen in the NFL.

“Rivalry or not we can’t do that. We’re endangering the other team. It’s inexcusable,” Mayfield said during an on-field interview with FOX. “The reality is he’s going to get suspended.”

“I thought it was pretty cowardly. Pretty bush league,” Rudolph said after the game. “You can watch the tape, check it out and make your own assumptions. It’s OK; I’ll take it. I’m not gonna take it from any bully.”

These two teams play again Sunday December 1st – a game to be broadcast LIVE on News 3.

Suspension coming for this. Guaranteed pic.twitter.com/saURgKlnBs

“I’ll keep my thoughts to myself, you saw what happened at the end.”

Steelers HC Mike Tomlin on the Myles Garrett incident at the end of the game.https://t.co/8azcNxTE3n pic.twitter.com/LNmjbRsRYn

“Never beat Baltimore and Pittsburgh in the same year, and then we have to talk about this … we don’t condone that.”