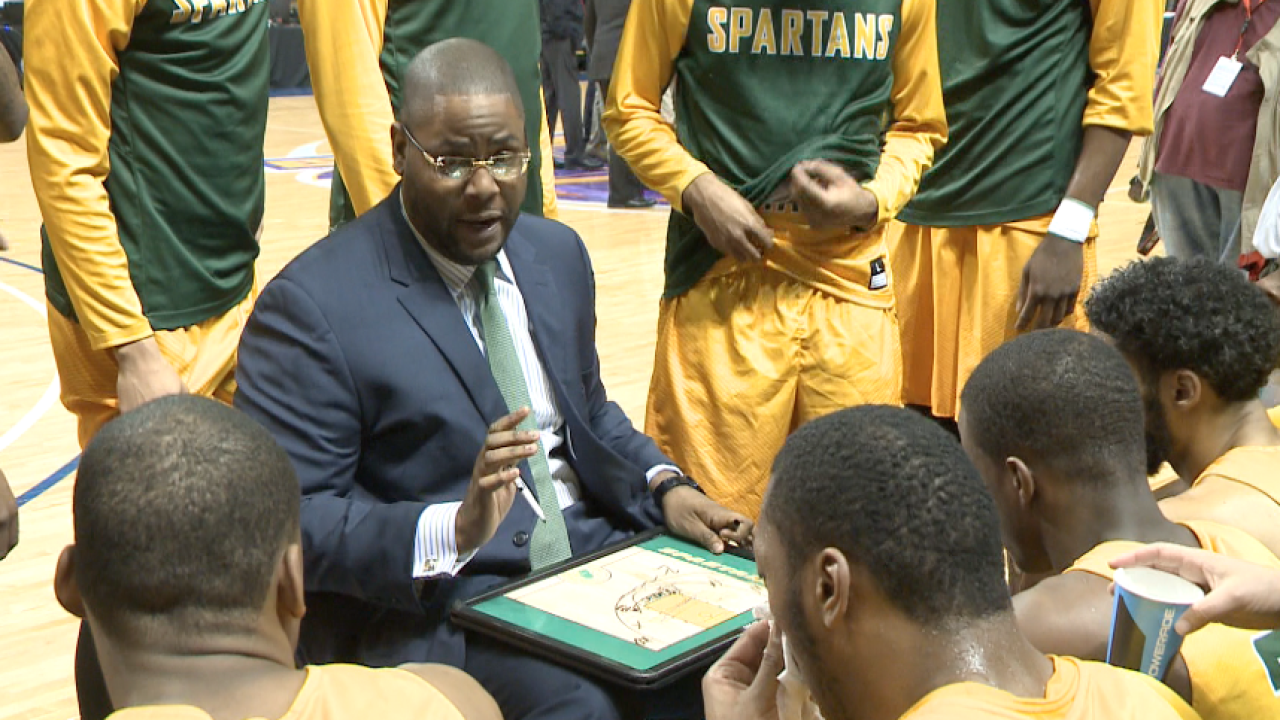 NORFOLK, Va. (NSUSpartans.com) – It was a record setting night for the Norfolk State men’s basketball team on Thursday evening at Joseph Echols Hall. In a non-conference game against The Apprentice School, the Spartans set the school record for 3-pointers in a 113-54 victory.

NSU sank 20-of-32 from deep, topping the previous best of 18 set a season ago. Six players scored in double figures as they scored the most points in six years since a 115-95 win over Newberry College on Nov. 13, 2013.

In addition, the team tied its Division I school record with 26 assists. The 59-point win also stands as the second-largest in D-I history behind a 78-point margin against Mid-Atlantic Christian in December of 2017.

Sophomore Joe Bryant Jr. led all players with a career-high 25 points, shooting 10-of-12 overall and 5-of-6 from deep. He also added six steals, five rebounds and two assists. Senior Jermaine Bishop tallied 21 points on 7-of-11 shooting, 5-of-8 from 3-point range.

Just a few hours after the NSU women had a player go for a triple-double, junior Devante Carter came close, tallying 16 points, 10 assists, seven steals and five rebounds. He too made 7-of-11 from the field as the Spartans shot 59 percent from the floor (38-of-64). He finished one steal short of tying the school record of eight.

113-54 is your final as @NSU_BBALL tops The Apprentice School tonight.

Joe Bryant Jr. with a career-high 25 points to lead the Spartans.

The Builders kept it close in the early going, staying within two after 10 minutes of play. But with NSU nursing a 15-13 lead, Bishop sank a 3-pointer to start the avalanche. That trey began that 18-0 run, which included 3-pointers from junior Kashaun Hicks and freshman Tyrese Jenkins, to give the Spartans a 20-point advantage with 4:54 left.

Hicks had a couple of 3-pointers early in the second half, and Carter hit one of his own for a 38-point edge with 14:22 to go. A minute later, the Spartans started a 21-4 run that saw Bryant hit three 3-pointers. Freshman Daryl Anderson finished it off with a trey of his own, putting NSU ahead by 53.

The lead got to as much as 60 in the final minute of play.

Hicks scored 13 points with six rebounds, hitting 4-of-9 overall. Anderson made all three of his 3-point attempts as part of a 10-point night. Senior Steven Whitley was the sixth player in double figures, adding 14 points with six assists.

The Spartans forced 24 turnovers and held a 38-6 advantage in points off turnovers. They also outscored the Builders 28-2 in fastbreak points. The 2013-14 season was also the last time NSU hit the century mark on the scoreboard twice.

NSU will play at Bradley next Tuesday.