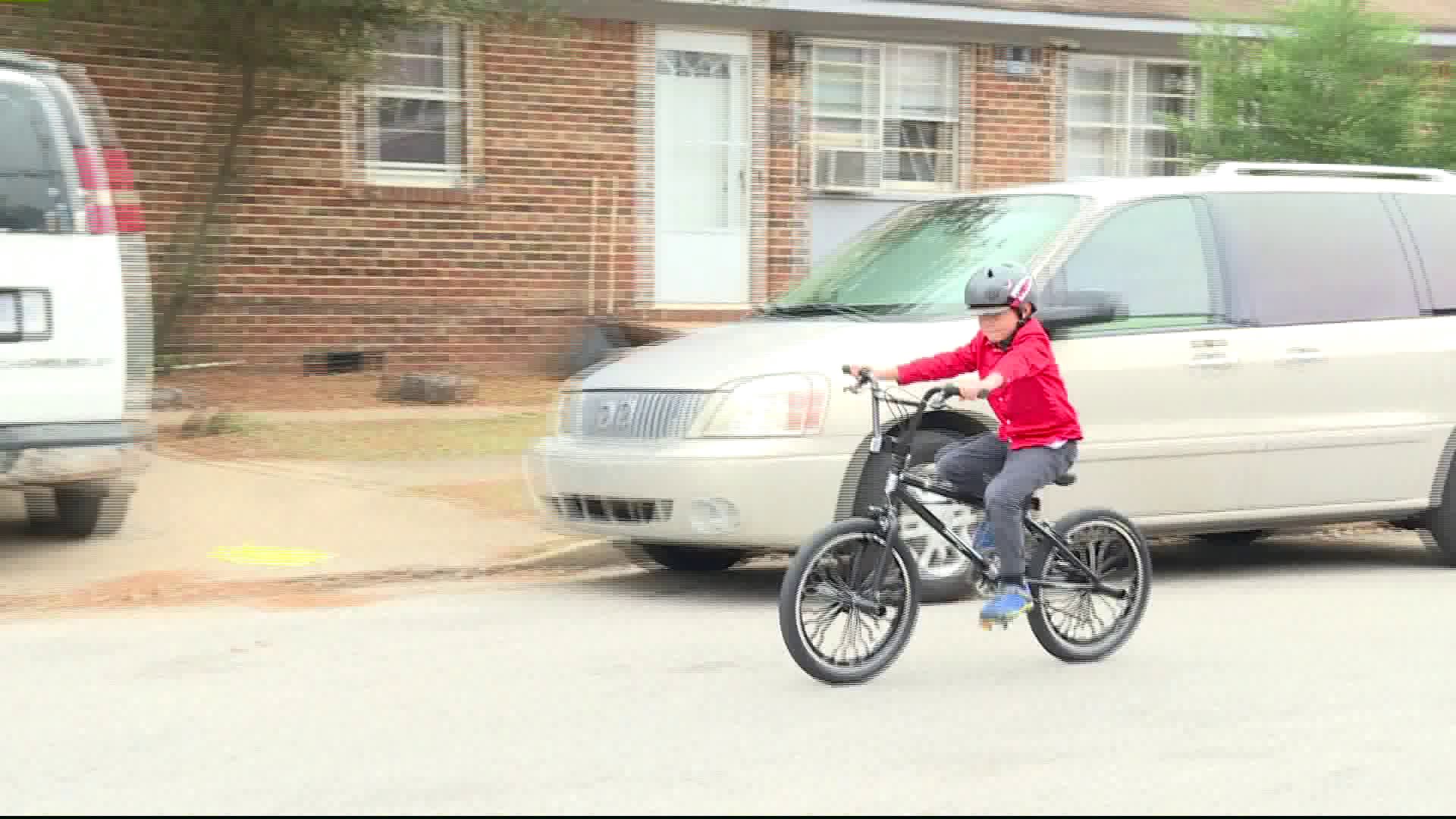 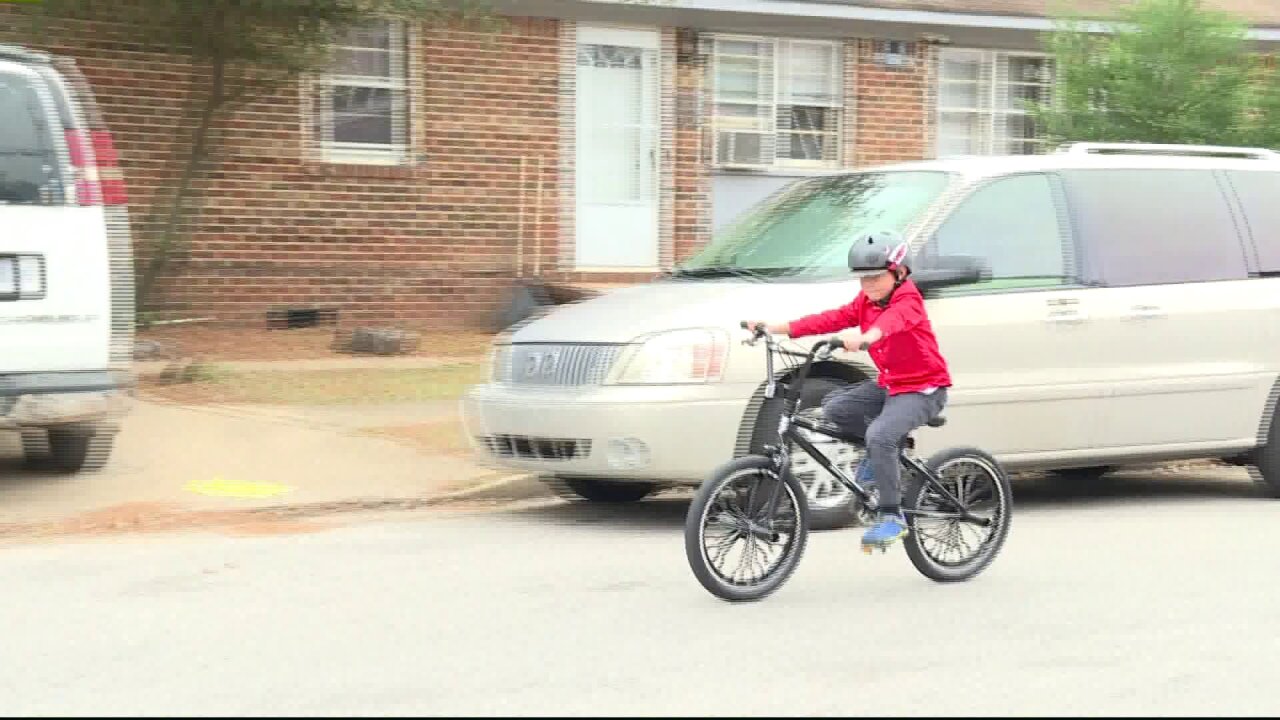 NORFOLK, Va. -- A child’s bike was stolen over the weekend, weeks after his parents bought it for him. The Navy family moved to Hampton Roads this past summer after being stationed in San Diego.

That child, 7-year-old Paxton Morton, rode to his friend's house near Pretty Lake Avenue and Ninth Bay Street, just blocks from his home.

"It’s really special to me because I got to pick out what to put on it and when I got it, it had those things," Paxton said.

The bike had a black frame with tints of blue and red pedals. He found his bike missing as he was ready to go home.

“I think we’re pretty sure it’s gone," Melinda Morton, Paxton's mother, said. "The neighbors have been keeping an eye out for it and are concerned as well.”

Melinda reached out on social media with the hopes someone may know something. They also filed a report with Norfolk Police but have not received leads.

“I’m hoping it’ll turn up one day, or maybe we find it," Paxton said.

At the same time, neighbors got word of the ordeal and said they wanted to help Paxton. The neighbors requested to stay anonymous.

The neighbors chipped in and got Paxton a brand-new bicycle. This bicycle has a black frame with silver pedals. The neighbors also attached a card with a message to the seat.

Paxton and Melinda read the card together and soon after, he got his helmet and took the bike for a ride.

“We just wanted to say thank you to the neighbors for such an incredible and thoughtful gift," Melinda said. "I think Paxton is very grateful. What do you think?"

Melinda said the first bicycle was not registered with the Norfolk Police Department. It is not required, but the police department said it recommends bike owners register their bicycle, as it increases the chances of it being reunited with its owner if it gets lost or stolen and is later found.

NPD also said, "The information you provide is kept in a secured database, and there is no charge to register your bicycle."

Anyone within the City of Norfolk can register their bicycles at the Police Operations Center located at 3661 East Virginia Beach Boulevard, Monday through Friday from 9 a.m. to 3 p.m. A registration application is required, and owners will get a decal for their bikes.