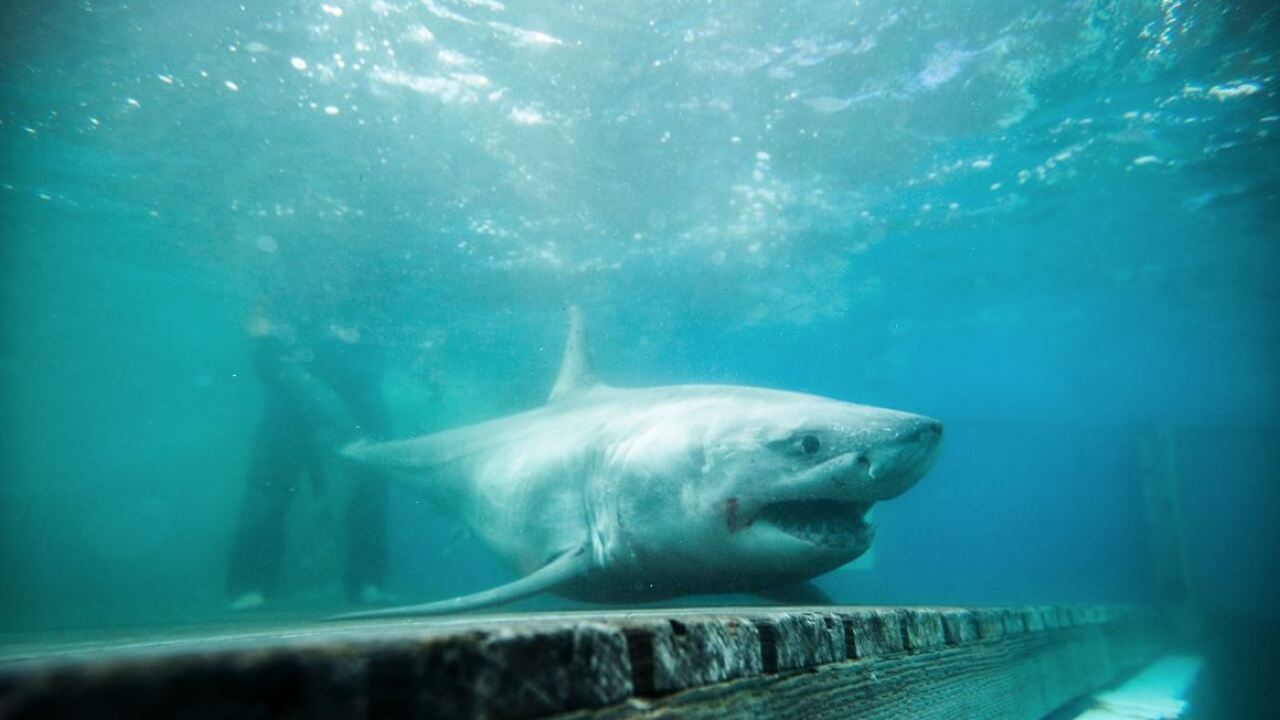 His name is Cabot and he was tagged by Ocearch in Nova Scotia. The organization said SeaWorld named Cabot using suggestions from Nova Scotians after the explorer John Cabot.

The large shark pinged in the Albemarle Sound Wednesday at 8 p.m., just past Point Harbor.

Ocearch previously said Cabot was making big moves south down the Delmarva Peninsula and added he could be following several other sharks who made their way south over the past few weeks.

The Albemarle Sound borders the beaches of the Outer Banks and winds into North Carolina mainland estuaries and streams.

Today we can see that @GWSharkCabot is making some big moves south. He’s filing down the Delmarva Peninsula in the footsteps (or tail wash??) of several other sharks who passed by here in the previous few weeks. pic.twitter.com/sQwWBZXI6h