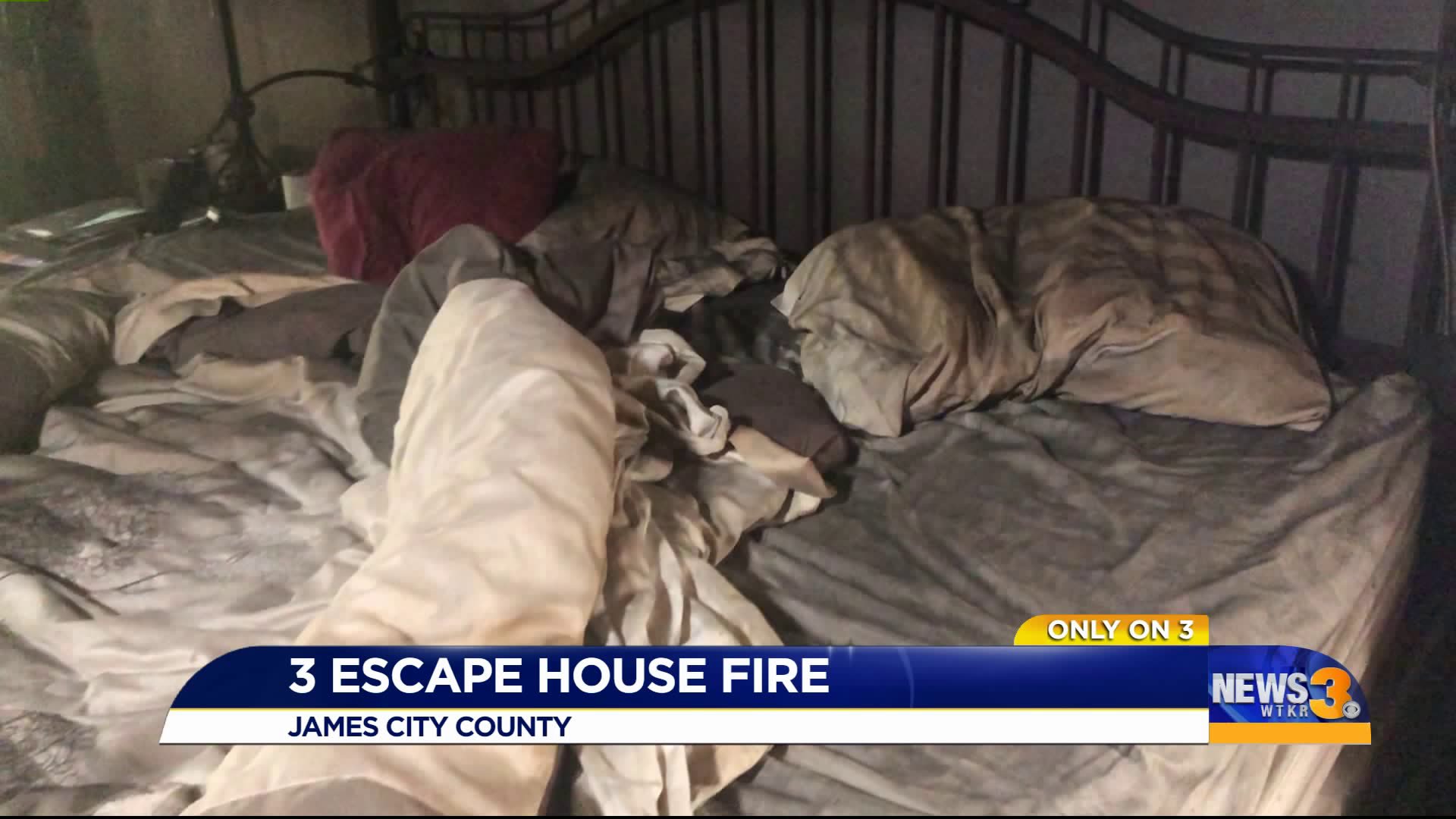 JAMES CITY Co., Va. - Three people are now safe after a neighbor and James City County firefighters rescued them from a fire around 3 a.m. Thursday.

"Another 10 minutes and we wouldn't have survived. It was really that close," said Paulette Murphy.

She, her husband and their 17-year-old son narrowly escaped the flames.

"He went up open the door and whoooof - the flames came in," described Murphy.

She told News 3 her husband, Shae, heard a crackling downstairs and thought it was the dog. Instead, he was met with smoke and fire as he raced out of bed.

"He ran through the house yelling, 'Fire! Fire!' and we threw ourselves out the master bedroom window onto the roof. It was the only way out," she said.

Once the family got onto the roof, they called 911 and a neighbor, who quickly rushed over with a ladder to get them down.

"There was a point when we saw the flames and thought we may have to jump," said Murphy.

They all escaped unharmed. Even their 2-year-old Great Dane, Thor, was smart enough to get outside through a downstairs doggy door.

"Everything here, though, is a total loss. Nothing can be saved," she said.

Their kitchen bears the worst of the damage, nearly unrecognizable. Black dust, soot, rubble and ash cover everything around every corner of the home the family has lived in for 20 years.

"Coming back in sunlight and seeing it more clearly helps it to sink in," said Murphy.

She said she would have slept through the fire; that's because her smoke detector and carbon monoxide detector did not go off.

"I test them twice a year... no idea why they didn't go off," said Murphy.

The family is hugging one another tightly tonight, seeing the positive among so much devastation.

"We were spared. I see a lot of mercy here, even though I see difficulty ahead, but mercy to be grateful for," she said.

The family will be staying in a hotel for the time being. They plan to tear their home down to the studs and rebuild.

The cause of the fire is not known at this time.