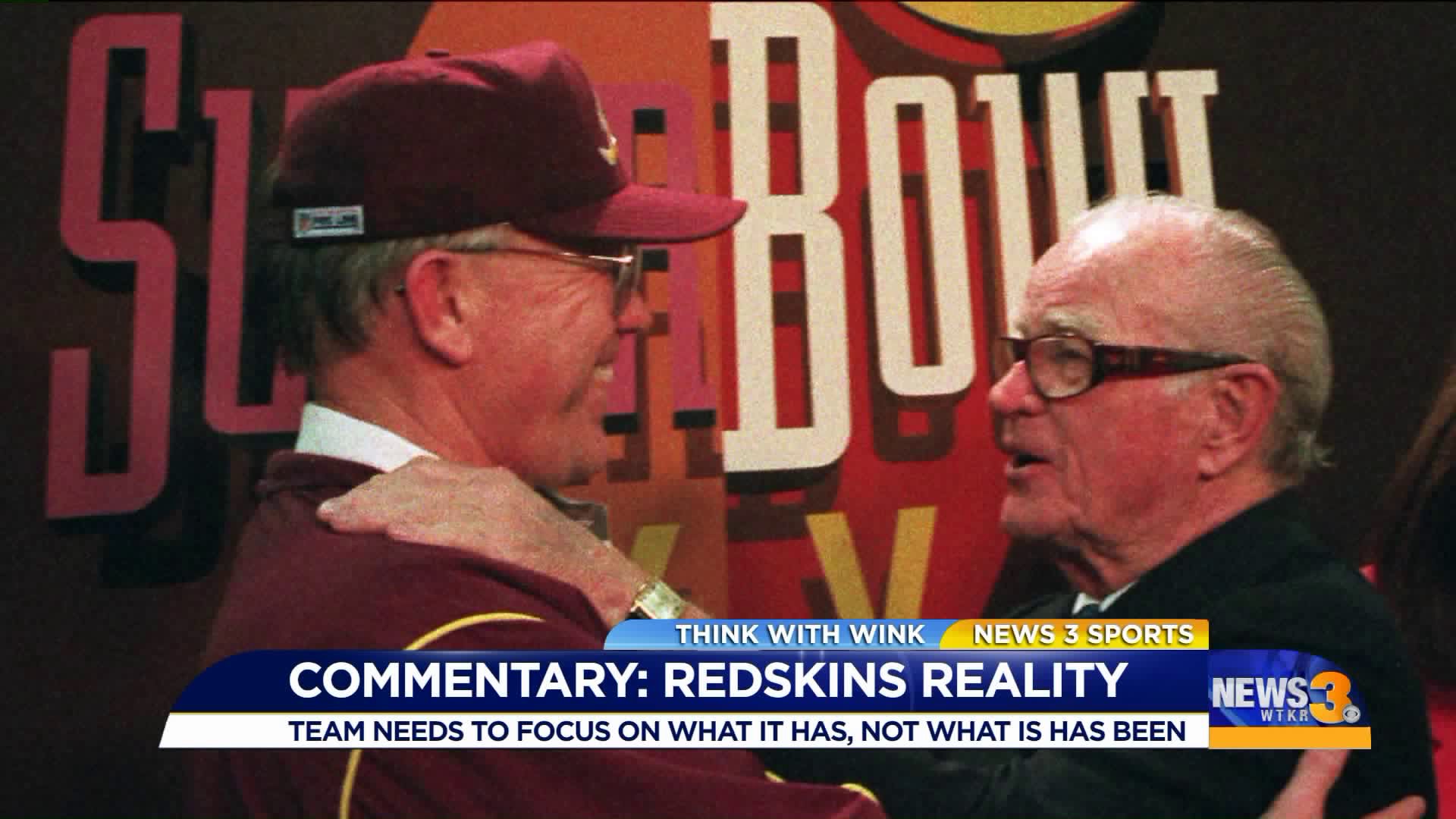 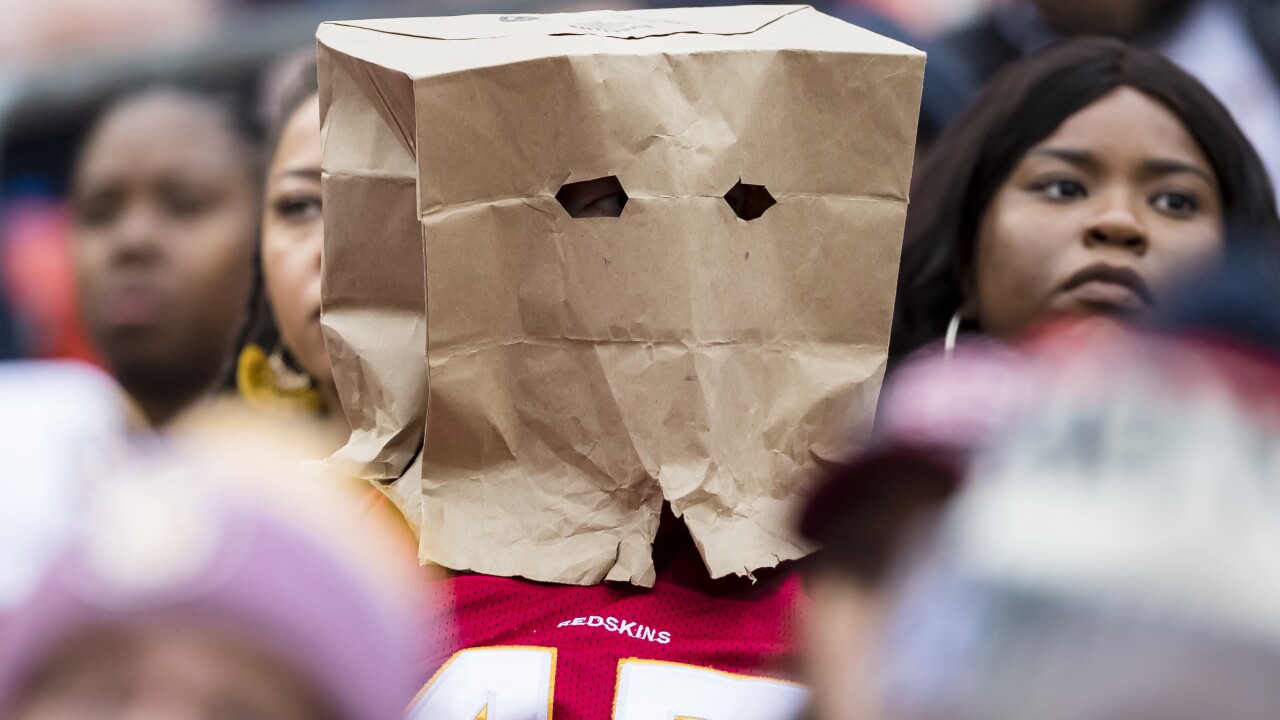 NORFOLK, Va. - Ten weeks into the 2019 NFL season, the Washington Redskins are 1-and-8 and entrenched in last place in the NFC. Meanwhile, five of the seven teams at the top of the NFC standings either have a head coach, quarterback or general manager who used to be employed by the Redskins.

A Washington Redskins fan sits in the stands with a paper bag over their head. (Photo by Scott Taetsch/Getty Images)

In his latest installment of Think with Wink, News 3 Sports Director Adam Winkler weighs-in on a disturbing trend for many fans of the burgundy and gold and offers a Redskins reality check.