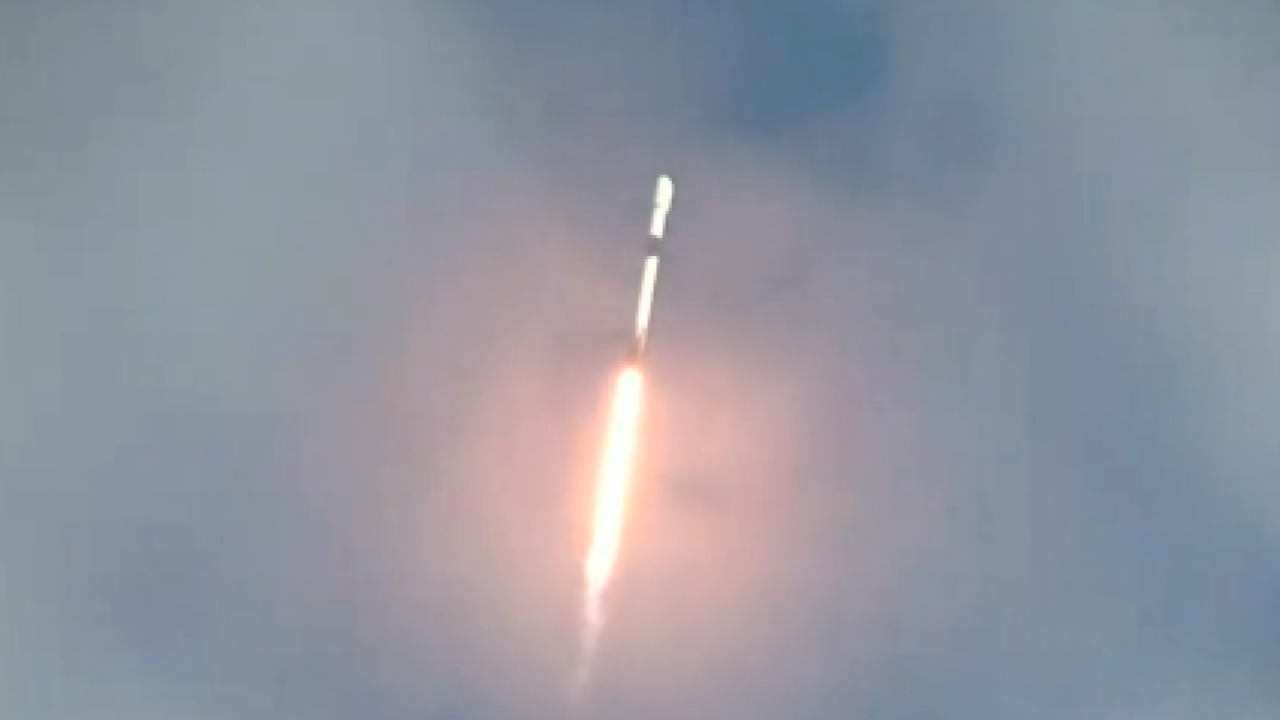 SpaceX CEO Elon Musk was in San Francisco last Tuesday to speak at an Air Force Pitch Day, a new type of event in which small-budget investments are made in various startups in the hopes of speeding up military access to new technologies.

SpaceX CEO Elon Musk was in San Francisco on November 5, 2019, to speak at an Air Force Pitch Day, a new type of event in which small-budget investments are made in various startups in the hopes of speeding up military access to new technologies.

Musk spent a half hour on stage with Lt. Gen. John Thompson, the USAF’s commander of the Space and Missile Systems Center, in a discussion that was mostly geared for Musk to give advice to the roughly 60 companies in attendance.

Musk and SpaceX have deep ties to the US government and the Department of Defense. A key part of the company’s business is launching satellites and other defense-related payloads as part of deals worth tens of millions of dollars.

Lt. Gen. Thompson and Dr. Will Roper, assistant secretary in charge of Air Force acquisition, appeared to be speaking Silicon Valley’s language at the event. They used their time on stage to discuss how they are hoping to make the military’s acquisition process less bureaucratic and time consuming.

“Gone are the days where all of the innovation, all of the technology comes from the Department of Defense or comes from the federal government,” Thompson said. The USAF is “trying to do things different and experimenting with how we can work closer with the commercial space market.”

Musk fielded questions from Thompson about how SpaceX and Tesla, his electric car company, decide which tasks to outsource and what to do in-house. And he spoke about how he acquires top talent and his approach to corporate leadership.

Musk and the Air Force are not always on the same page. His appearance at the Pitch Day event comes as SpaceX is battling the US government over contracts that USAF has awarded. Specifically, SpaceX is protesting Launch Service Agreement (or LSA) contracts that were announced in October 2018 and included more than $1 billion for three of the company’s competitors: United Launch Alliance, Blue Origin and Northrop Grumman. SpaceX did not receive any money under that batch of awards.

The contracts were not mentioned by Musk or the Air Force officials who spoke on Tuesday. The Pitch Day event is a new type of procurement effort in which the military is giving small investments of less than $1 million each to young space companies developing technologies in which the Air Force is interested, such as satellite propulsion and Earth-imaging devices.

The Air Force has previously held up the LSA awards as an example of the military doing things right by fostering competition among rocket manufacturers and investing in emerging technologies.

The LSA contracts aim to support massive new launch vehicles still under development. United Launch Alliance, a joint venture between Boeing and Lockheed, was alotted up to $967 million for its forthcoming Vulcan Centaur rocket. Northrop Grumman, which is building a launch vehicle called OmegA, will receive up to $792 million. And Blue Origin will get $500 million for its New Glenn rocket.

SpaceX is contesting these contract awards because it wanted to land some of the LSA money for its line of existing Falcon rockets and the Starship vehicle, a gargantuan rocket in the early stages of development that Musk has said can launch large military satellites and, potentially, one day send humans to Mars.

SpaceX said in court filings that military officials determined that Starship rendered “the entire SpaceX portfolio the ‘highest risk'” of all the options under consideration for the LSA awards, a claim that SpaceX called “unreasonable.”

Blue Origin, Northrop and ULA have all signed on as intervenors in SpaceX’s contract protest, allowing them to participate in the legal proceedings.

SpaceX has sued the US government once before: The company fought for the right to bid on military launch contracts in 2015. And the company won that fight, ending a decade-long monopoly that ULA held on launching military payloads.

SpaceX will be permitted to compete for money in the next round of LSA contract awards even as its legal battle continues.

The company wants “to serve as the Air Force’s long-term provider for space launch,” said Gwynne Shotwell in a statement, offering “proven launch systems capable of carrying out the full spectrum of national security space launch missions and requirements.”

In fact, it was something of a punch line at Tuesday’s Pitch Day.

Thompson quipped in his opening remarks at the two-day event that “only the US government acquisition system can come up with a title of an event called ‘Space Pitch Day’ and then take two days to execute it.”

The 60 or so startups at the event, which were previously vetted by the Air Force, are vying for a piece of the $50 million that the Air Force made available for investments. The money will be handed out to companies on the spot. And the military isn’t after ownership positions, making it an opportunity for entrepreneurs who want to keep tight control of their ventures but are willing to partner with the USAF.

The pitch day event comes after a similar event was hosted in New York in March in which 51 companies were awarded up to $158,000 each.