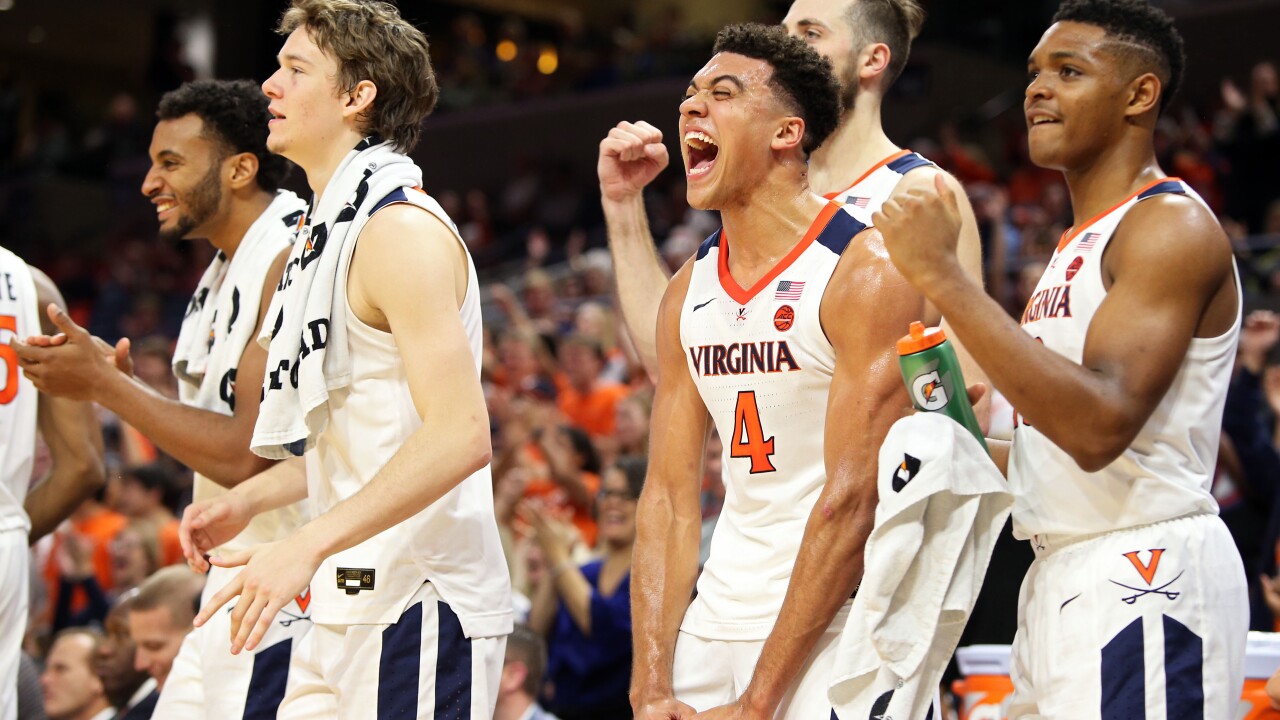 CHARLOTTESVILLE, VA – NOVEMBER 10: Justin McKoy #4 and the Virginia Cavaliers bench cheers in the second half during a game against the James Madison Dukes at John Paul Jones Arena on November 10, 2019 in Charlottesville, Virginia. (Photo by Ryan M. Kelly/Getty Images)

Two players finished with double-doubles for the second game in a row as Mamadi Diakite (Conakry, Guinea, Africa) had a career-high 19 points and 13 rebounds along with two blocked shots.Braxton Key (Charlotte, N.C.) had 14 points and 10 boards. Jay Huff (Durham, N.C.) added 11 points and seven rebounds.

Every player that could play in the game appeared for the Cavaliers. UVA shot 38 percent from the field and held JMU to 23 percent shooting. Virginia outrebounded the Dukes, 50-36, and had 22 second chance points. UVA scored 40 points in the paint to six for JMU.

Key scored the first seven points of the second half. Virginia had a 20-3 run to lead 51-26 at the 11:55 mark. UVA held JMU scoreless for 6:12 in that span and allowed just four field goals in the second half.

On this year’s defense:
“It’s too small of a sample size. I know we have to play good defense, as I told them before the game, it’s not always going to be pretty but it has to be gritty,” UVA head coach Tony Bennett said. “There’re so many possessions during the game and the defense has to hold you in there when shots aren’t falling or you’re not as adept offensively. It’s about the ability to challenge shots. I knew we do have size, and JMU was a different challenge than Syracuse because they played four guards and they spread it out. They’re a heavy three-point shooting team and I think our length at times bothered them. It was solid defensively but it’s too early to tell.”