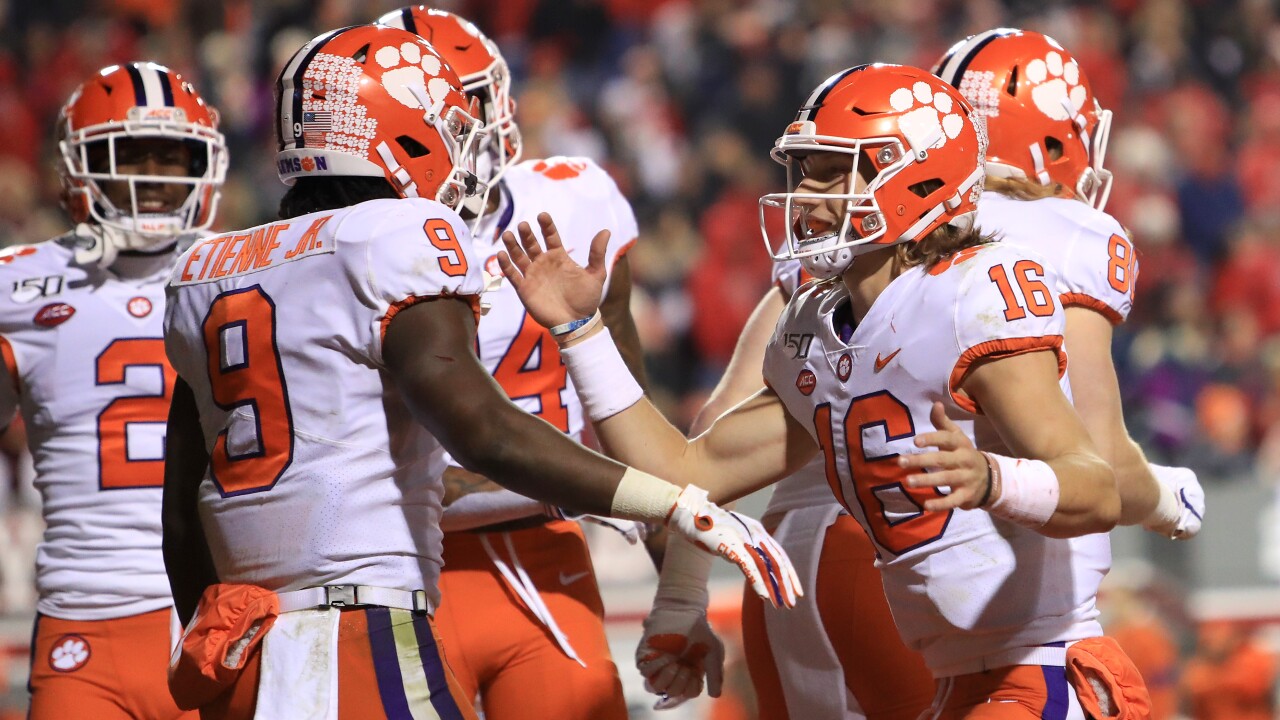 RALEIGH, NORTH CAROLINA – NOVEMBER 09: Teammates Travis Etienne #9 and Trevor Lawrence #16 of the Clemson Tigers react after a touchdown against the North Carolina State Wolfpack during their game at Carter-Finley Stadium on November 09, 2019 in Raleigh, North Carolina. (Photo by Streeter Lecka/Getty Images)

This marks the Tigers’ fifth straight trip to to the conference title game and the seventh time they’ll represent the Atlantic Division, setting an ACC record.

The ACC Championship Game is scheduled for Dec. 7 at 7:30 p.m. in Charlotte.

Now we wait to find out which Coastal Divison team they’ll face in the ACC Championship gamepic.twitter.com/hyQqs8q5UD