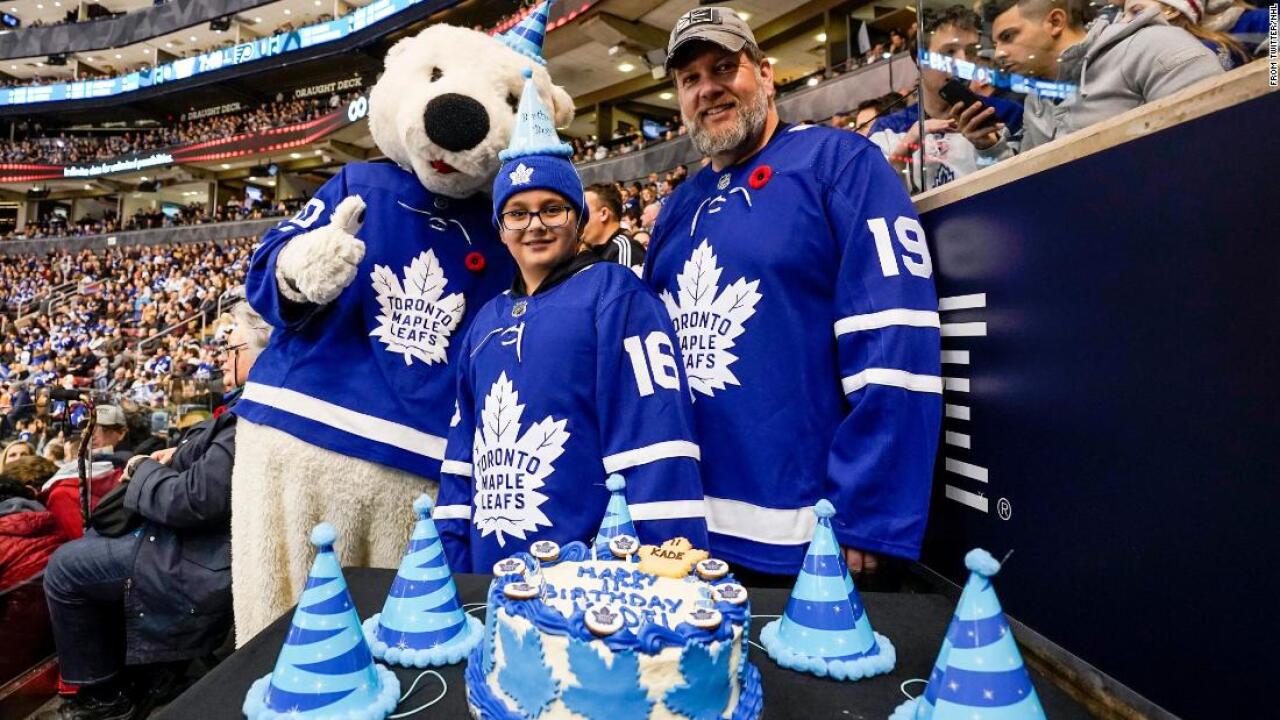 Eleven-year-old Kade and his family were flown to Toronto by the Toronto Maple Leafs for an incredible birthday celebration.

After no invited friends showed up to his 11-year-old son’s birthday party, Jason Foster took to Twitter to crowdsource some birthday love for his little boy.

Eleven-year-old Kade and his family were flown to Toronto by the Toronto Maple Leafs for an incredible birthday celebration.

Foster posted a picture of his son Kade at the birthday party last weekend, proudly repping the Toronto Maple Leafs with his Leafs shirt and a custom cake. His dad tagged the team, as well as Leafs players Mitchell Marner and John Tavares.

His call for birthday wishes was met with a flood of tweets from hockey players, celebrities, and politicians, including “Star Wars” star Mark Hamill, actor Ben Stiller and Canadian Prime Minister Justin Trudeau.

Then the Maple Leafs took notice. The team flew the birthday boy and his family from their home in Newfoundland to Toronto for the Leafs’ game Saturday against the Philadelphia Flyers.

Kade was able to watch the morning skate and meet the team in their locker room. A video posted by the team shows him shaking hands with players Jason Spezza, Morgan Rielly and others.

If being flown to Toronto, meeting the entire team and watching his favorite players on the ice wasn’t enough, Kade was also serenaded by fans.

Leafs mascot Carlton the Bear wheeled out a Maple Leafs-themed cake and led the entire Scotiabank Arena in a booming rendition of “Happy Birthday.”

While the Maple Leafs lost the game 3-2, it’s pretty safe to say the day was a huge win for Kade.