World War II veteran finally gets Silver Star, decades after dying in Battle of the Bulge 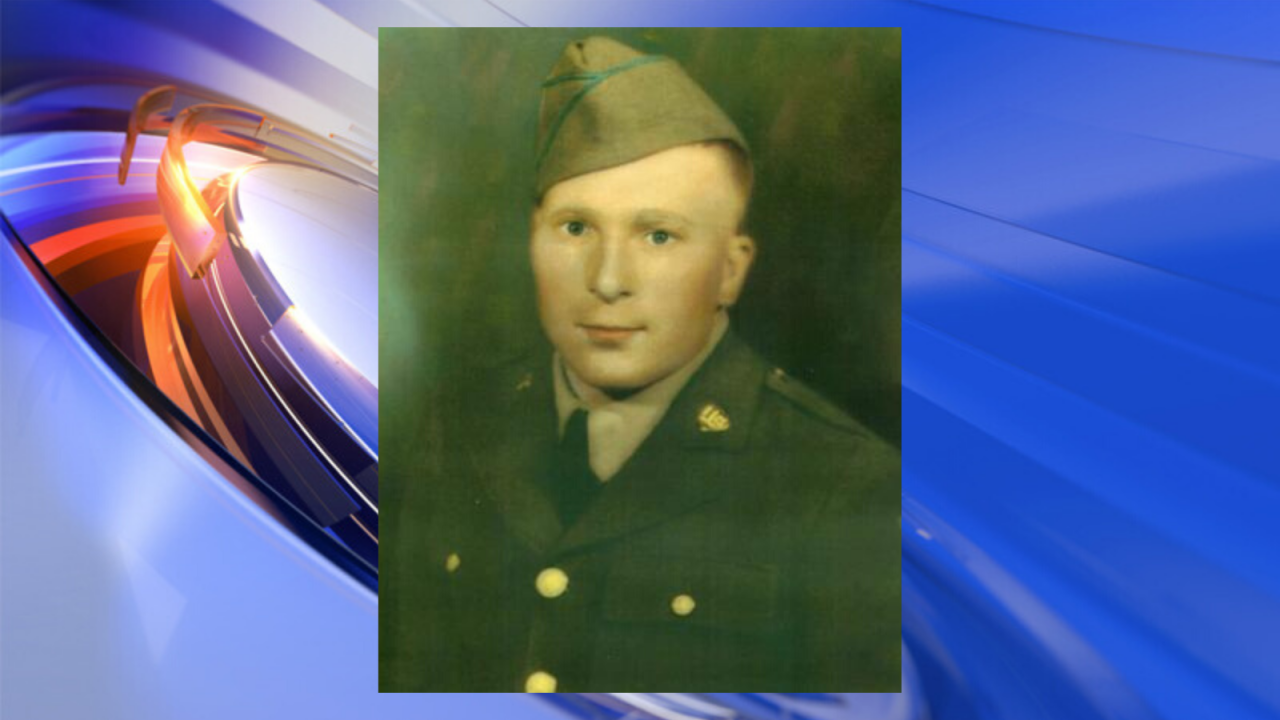 Staff Sgt. Edmund “Eddie” Sternot of the 101st Airborne Division rushed his machine gunners to move in front of a surprise German breakthrough in January 1945, according to the US Army.

Sternot’s isolated men held their icy ground in the Belgian forest during the Battle of the Bulge, despite the fierce German attack that included tank rounds.

Sternot received a Silver Star for his heroism, but the award never got pinned to his chest and no family member every received the five-pointed medal.

On Sunday, with pomp and circumstance, one of Sternot’s last living relatives will receive the Silver Star at a Veterans Day Ceremony in Santa Barbara at the Pierre Claeyssens Veterans Foundation.

“Sternot’s men beat back the Germans and he led his unit with calm and valor under fire,” said Major Vonnie Wright of the 101st Airborne Division.

Wright said Sternot died just days after his gallantry, during yet another German counterattack, when he was hit by a tank round.

The medal will be given to 80-year-old Dolores Sternot, the hero’s first cousin, of Goleta, California.

“I’m stunned,” Delores said. “He is truly an American hero, along with so many other World War heroes killed. We are so proud of him. But why did it take so long?”

Somehow after Sternot was killed and buried at the Henri-Chapelle American Cemetery in Hombourg, Belgium, the Silver Star never got officially awarded.

Family members received his Purple Heart but no Silver Star.

The plan to hand the Silver Star over to Dolores Sternot might never have been if not for an encounter in a chapel in Foy, Belgium, in 2001.

Retired Army Lt. Col. Bill Linn says he was attending mass after visiting the Bastogne battlefield when a woman handed over something her woodcutter father had come upon in the nearby forest.

“She told me her father found a small prayer book,” Linn said. “Inside was the name and home address of Edmund J. Sternot.”

Linn eventually found and contacted members of the Sternot family in Wisconsin.

The collector said family members recalled all the Sternot boys received first communion prayer books, including Eddie seen holding one in a picture.

She vividly remembers a visit when she was five years old living on the family farm in Vesper, Wisconsin.

“Eddie came in from furlough through the front door and I was excited,” Dolores said. “He picked me up and threw me in the air and caught me.”

But those memory-making times with Eddie ended in the dying embers of World War II.

The Army reports as the Battle of the Bulge wound down, Sgt. Sternot was killed when an advancing German tank round hit him.

Sternot had stepped into the open and pulled the pin, ready to throw a hand grenade.

“So we heard there were two explosions hitting Eddie, a double whammy,” said Dolores “So at least he didn’t suffer, he was killed instantly.”

The death in battle earned Sternot the Purple Heart.

Delores wanted the Purple Heart kept in a safe place, so she gave it to Linn and his wife Courtney to keep at their Heritage Arsenal Collection in Colorado.

Delores says she’ll hand over the Silver Star to the Linns sometime after Sunday’s ceremony, one she’ll attend with four friends.

Officials connected to the ceremony say Sternot’s cousin will also be officially given a Bronze Star in his name because he fought at Normandy, Holland and Bastogn

She said another honor should go to a Belgian man and family for “adopting Eddie” and to this day, putting flowers on Plot H Row 13 Grave 48 in Hombourg.

But conflicting emotion still stirs up in Delores, when she thinks about that gravesite.

“He was robbed of the life filled with a lot potential and all of us relatives got robbed of spending time with him,” Dolores said.

“But I’m happy he finally got that Silver Star.”