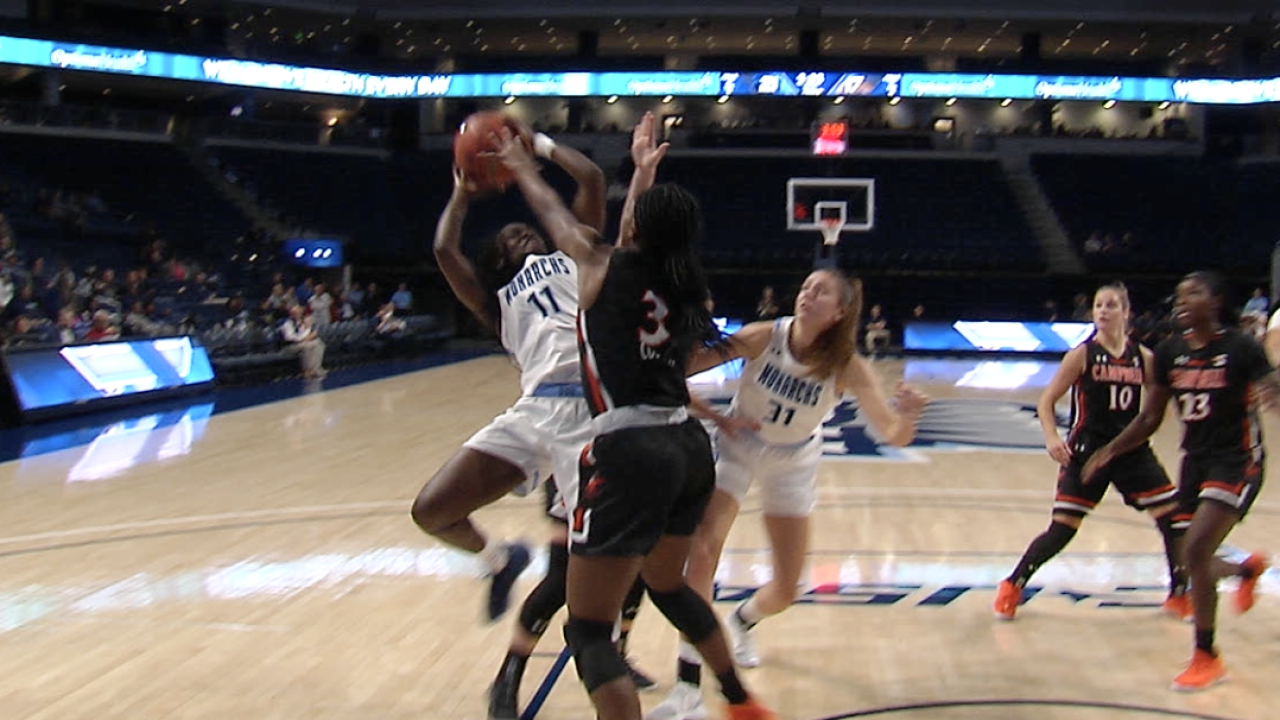 NORFOLK, Va. (ODUSports.com) – Behind 16 points and eight rebounds from both Ajah Wayne and Amari Young, the Old Dominion (1-0-0) women’s basketball team defeated Campbell, 59-44 in their season opener on Friday night at the Chartway Arena.

“I didn’t think we played our best basketball, said head coach Nikki McCray. “We were just a step slow but it’s a win.”

ODU knocked down 18-of-26 free throws and with their 32 second-half points, outscored the Camels by 10 points.

Young’s five steals is a new career-high for the South Carolina native. Additionally, she was just one point shy of tying her career high, 17 points. Overall, ODU picked up 11 steals and 47 rebounds. Three Monarchs finished in double figures in Young, Wayne and Taylor Edwards. Edwards, the senior from Portsmouth picked up seven rebounds and two steals.

Up Next
The Monarchs hit the road to take on Auburn on Nov. 14 at 6 p.m. The game will be streamed on SEC+.

Didn't make it to tonight's season opener? No worries, relive it right here with these highlights 🎥#Empower | #Monarchs pic.twitter.com/CqR0ZWnUPQ