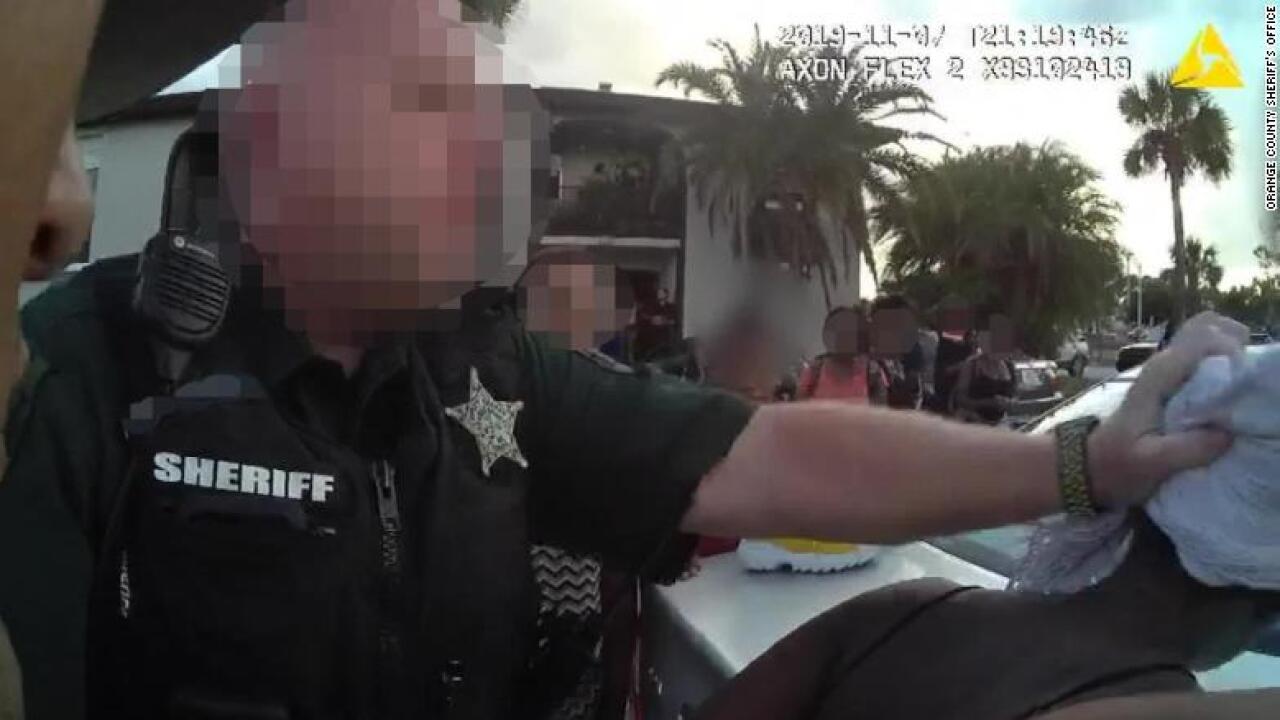 An Orange County, Florida school deputy was fired for using excessive force while detaining a girl. CNN obscured the faces on this image.

A school resource deputy in Florida has been fired after he was caught on video pulling a girl’s head back as he took her into custody, authorities said.

The deputy was assisting a sheriff’s deputy in responding to a call on Thursday about a fight between teenagers in the parking lot of the Summerset at International Crossing apartments in Orlando, according to 911 call records and Orange County Sheriff John Mina.

“I’m tired of this s**t,” the deputy says as he pulls back the girl’s head, which is wrapped with a scarf.

He then walks the girl toward a squad car as she screams. When a group of people gather around them, the deputy yells at the crowd to get back and pulls his baton.

An Orange County, Florida school deputy was fired for using excessive force while detaining a girl. CNN obscured the faces on this image.

The teenagers were students at the nearby Westridge Middle School, according to 911 records. It’s unclear whether the school resource deputy was assigned to that school.

Mina, the Orange county sheriff, told reporters Friday that he pulled the deputy of out the school where he was assigned and immediately terminated him after reviewing social media and body camera videos of the incident.

“There’s no doubt that his actions were excessive,” Mina said.

The deputy, who has not been named, joined the agency in February. Mina said he was not aware of other complaints about the deputy.

“I am extremely upset, disappointed and outraged by the conduct of our deputy sheriff in this instance,” Mina told reporters. “I want the community to know that this type of behavior is not going to be tolerated at the Orange County Sheriff’s Office.”

The girl was also not identified and Mina said he didn’t know her age or what grade she was in.

The deputy is not currently facing any charges but the incident is being reviewed by the sheriff’s office internal affairs section. The state attorney’s office will decide whether to file any criminal charges, Mina said.

CNN has reached out to a woman who posted a video of the incident on social media.