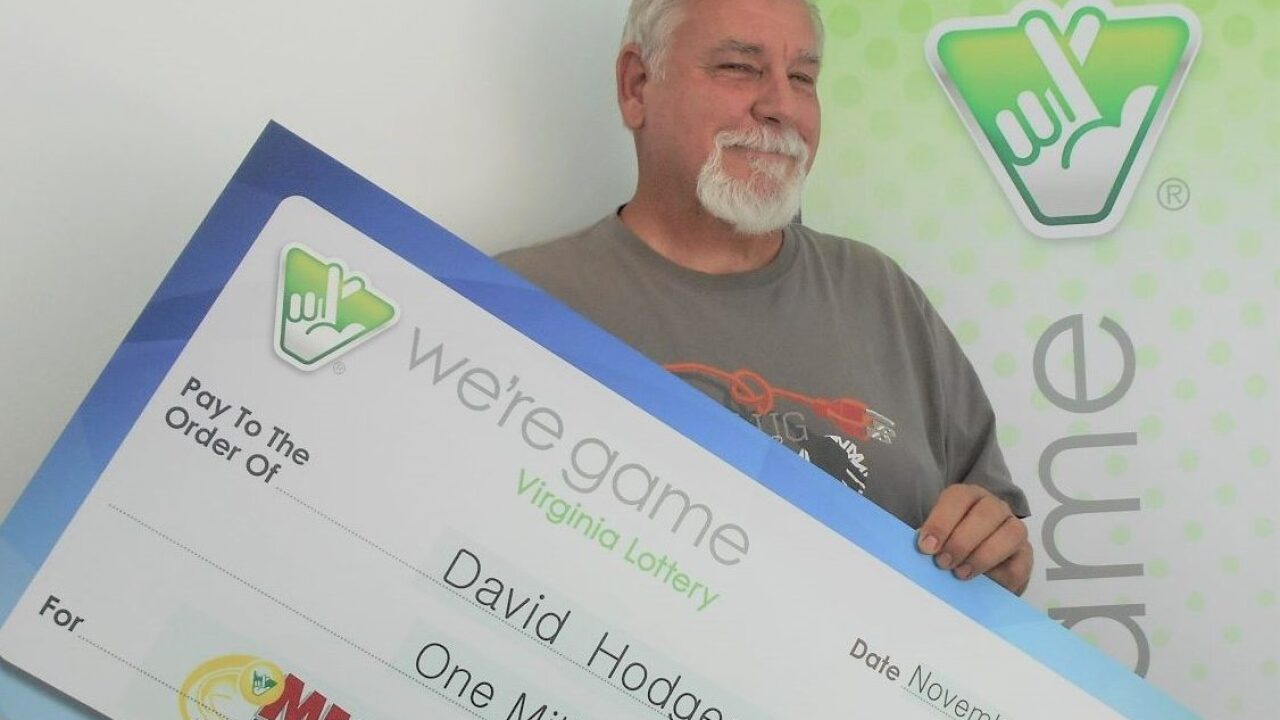 SUFFOLK, Va. – A Suffolk man is $1 million richer after matching five numbers in an October 29 Mega Millions drawing, according to the Virginia Lottery.

The Virginia Lottery said Dave Hodges’ wife was the one who let him know that his ticket was a winner — “shocking and surprising” the retiree. He bought his ticket at the Food Lion in Gainsborough Square in Chesapeake.

Virginia Lottery officials say Hodges’ ticket was one of only two tickets in the nation to match the first five numbers in the October 29 drawing. Hodges said he picked the winning numbers, 4-9-17-27-39, through a combination of favorite and random numbers, and only missed the Mega Ball number.

Hodges has no immediate plans for his winnings.