One week after crash, car remains inside Norfolk home 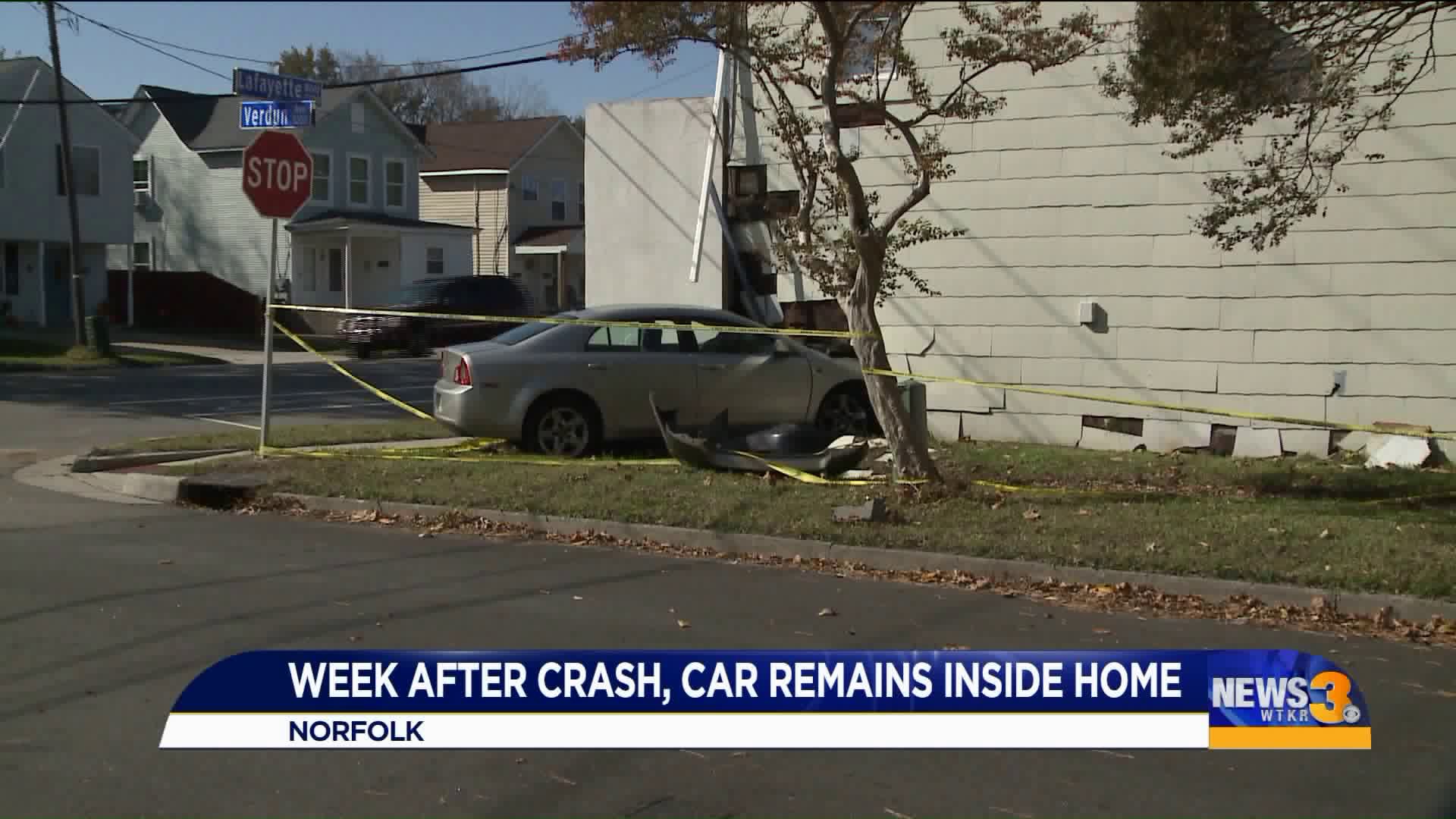 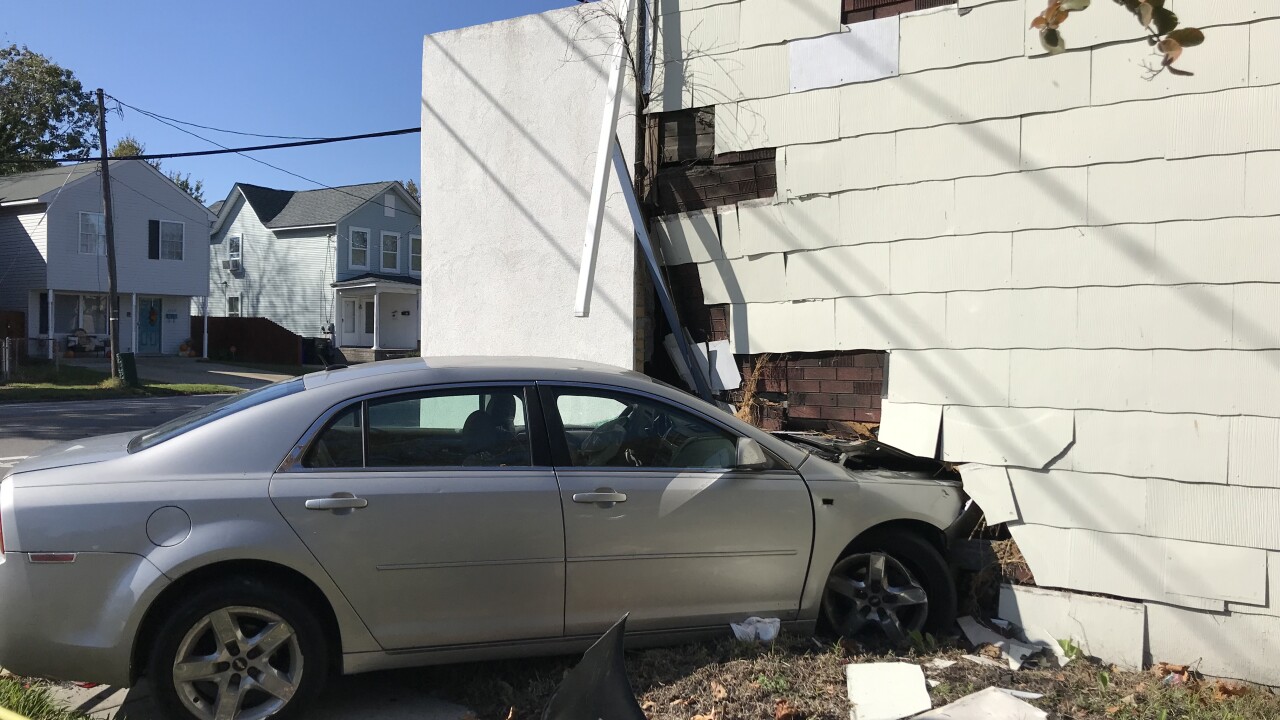 NORFOLK, Va. - It has been one week since a car slammed into the side of a home on the corner of Lafayette Boulevard and Verdun Avenue, but the car is still there.

Neighbors say they heard the crash happen early in the morning on Friday, November 1. Police arrived on scene and caution tape was put up around the home and car, but as of November 8, the car is still there.

The van's occupants fled and are still on the loose, police said. They are still investigating, and the driver could face felony hit and run charges when they are found.

The damage to the car and home are extensive. The front driver's side airbag deployed. The car's windows are smashed, and you can see into the home.

A sign from the Fire Marshal's Office has been posted on the front door saying that as of November 1, the structure was unsafe to live in.

Neighbors want to know when the car will be removed and why it has taken so long to get it out.

Related: 'There was glass everywhere' Norfolk business owner picks up the pieces after car crashes into his store

According to a City of Norfolk spokesperson, they are working with the homeowner and their insurance company. They are working on a way to get the car out without further damaging the property.

There is no exact date of when the car will be taken out or if the tenants will be able to move back in after the car is removed.