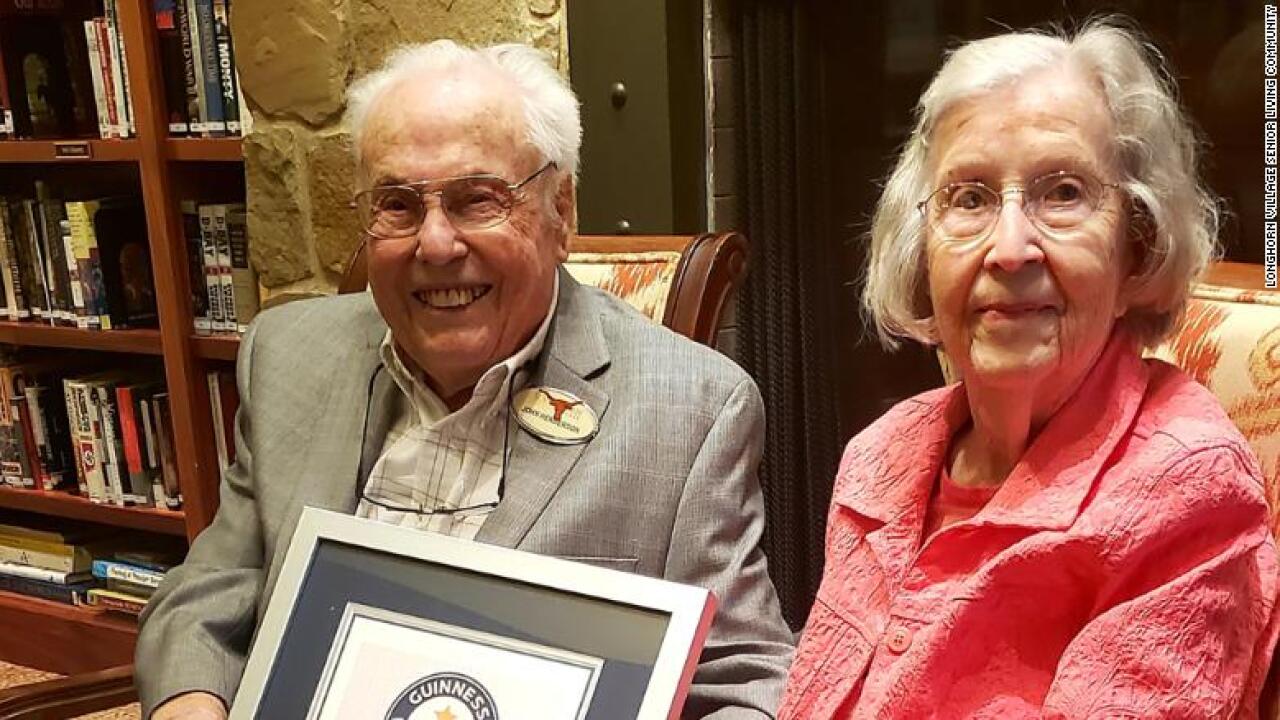 With a combined age of 211 years, one couple in Austin, Texas, has been named the oldest living couple in the world, according to Guinness World Records.

The Hendersons have a love story that has quite literally stood the test of time. On December 15, they will celebrate 80 years of marriage.

The two met in class at The University of Texas in 1934. Charlotte was studying to become a teacher, while John was a guard for the football team.

They married in 1939 during the Great Depression and spent just $7 on the hotel room for their honeymoon.

In fact, John is also the oldest living former UT football player. For the past 84 years, he’s held a tradition of attending at least one Longhorn football game each year.

Both are still very healthy, and John exercises every day. Ten years ago, the two moved into the Longhorn Village, a senior living community associated with a University of Texas alumni group. Hook ‘Em!

So what’s the secret to a long life and happy marriage after all?

Live life in moderation and be cordial to your spouse, John said.