Breakthrough in CDC vaping illness investigation: Vitamin E acetate and THC may be to blame 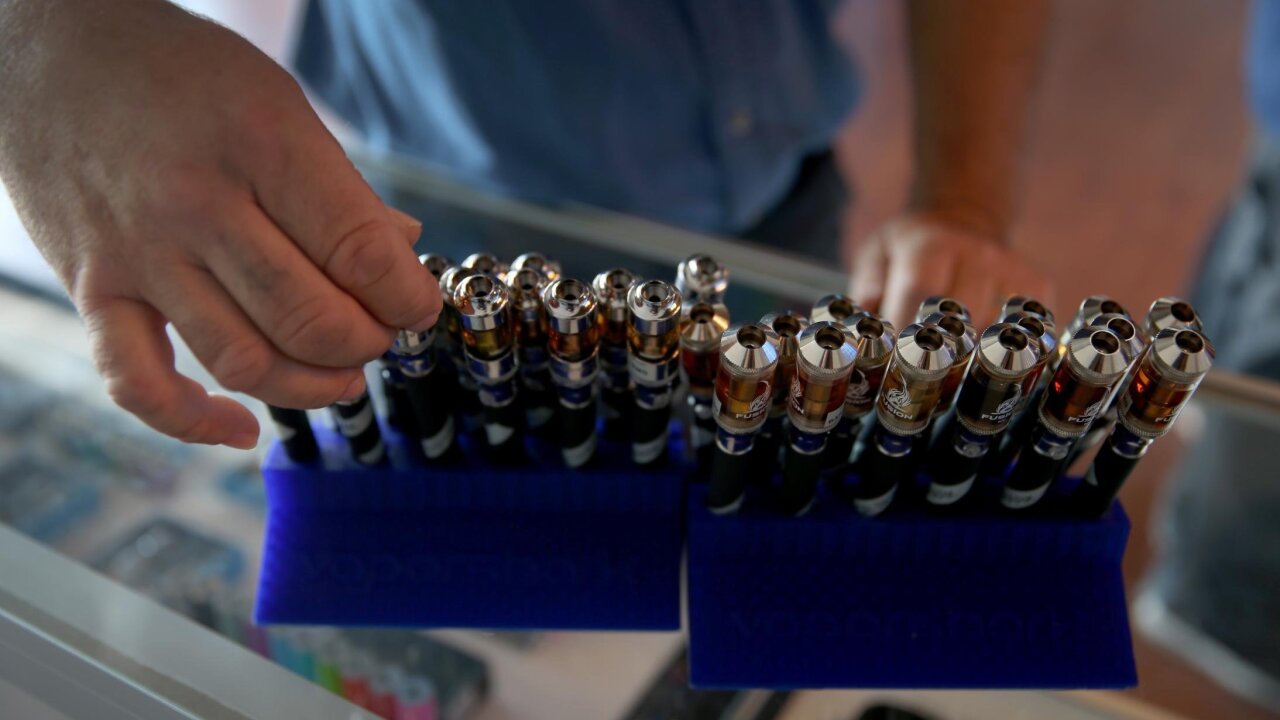 There were 2,051 cases of lung injury linked to vaping as of November 5, the US Centers for Disease Control and Prevention said on Thursday.

Vitamin E acetate, in combination with THC, may be to blame for a national outbreak of e-cigarette-related lung injuries that’s linked to dozens of deaths, according to US Centers for Disease Control and Prevention officials.

Dr. Anne Schuchat, the principal deputy director of the CDC, said she would characterize it as a breakthrough in the agency’s investigation, although more tests are necessary.

“These new findings are significant,” Schuchat said during a press briefing on Friday. “We have a strong culprit.”

There is still more work to do and the CDC said it is continuing to test for a wide range of chemicals.

“This does not rule out other possible ingredients,” Schuchat said. “There may be more than one cause.”

There were 2,051 cases of lung injury linked to vaping as of November 5, the US Centers for Disease Control and Prevention said on Thursday.

The CDC says its tests found vitamin E acetate in samples taken from 29 patients who were sick with vaping-related illness in 10 states. THC, or tetrahydrocannabinol, the primary psychoactive component of the cannabis plant, or its metabolites were detected in 23 of 28 patients.

During the press briefing, CDC’s Dr. James Pirkle described vitamin E acetate as “enormously sticky” when it goes into the lungs, and it “does hang around.” Pirkle said it wouldn’t be unusual for THC to be absent from some of the samples because it leaves the lungs faster. He added finding THC in 82% of the samples from 28 patients was “noteworthy.”

In September, New York health officials linked cases of severe lung illness to vitamin E acetate in cannabis-containing vaping products. At the time, investigators said it was “a key focus” of the state’s investigation into the illnesses.

An investigation into the link between vaping and severe lung illnesses has yielded the discovery of extremely high levels of the chemical vitamin E acetate in nearly all cannabis-containing vaping products that were analyzed, New York health officials said Thursday.

Until the investigation is complete, the CDC suggests people refrain from using all vaping products with THC, no matter where people buy them. The investigation has found that many of these products patients used were bought online or received through friends or family, rather than through vaping shops or at licensed THC dispensaries.

Vitamin E is used in several products, such as lotions and in supplements, but the CDC said there is a “big difference” in putting vitamin E on the skin or swallowing it in pill and in inhaling the oily vitamin.

Dr. Jennifer Layden, the chief medical officer and state epidemiologist with the Illinois Department of Public Health, said in the press briefing that in her state, they found the majority of cases of the people who were sick used THC, and that their materials came from “informal sources.” In Illinois, she said, they had not had any cases associated with the state’s medical marijuana program.

So far, there have been 2,051 cases of vaping associated illnesses, reported in every state, except for Alaska, as of November 5. States have reported at least 40 deaths.