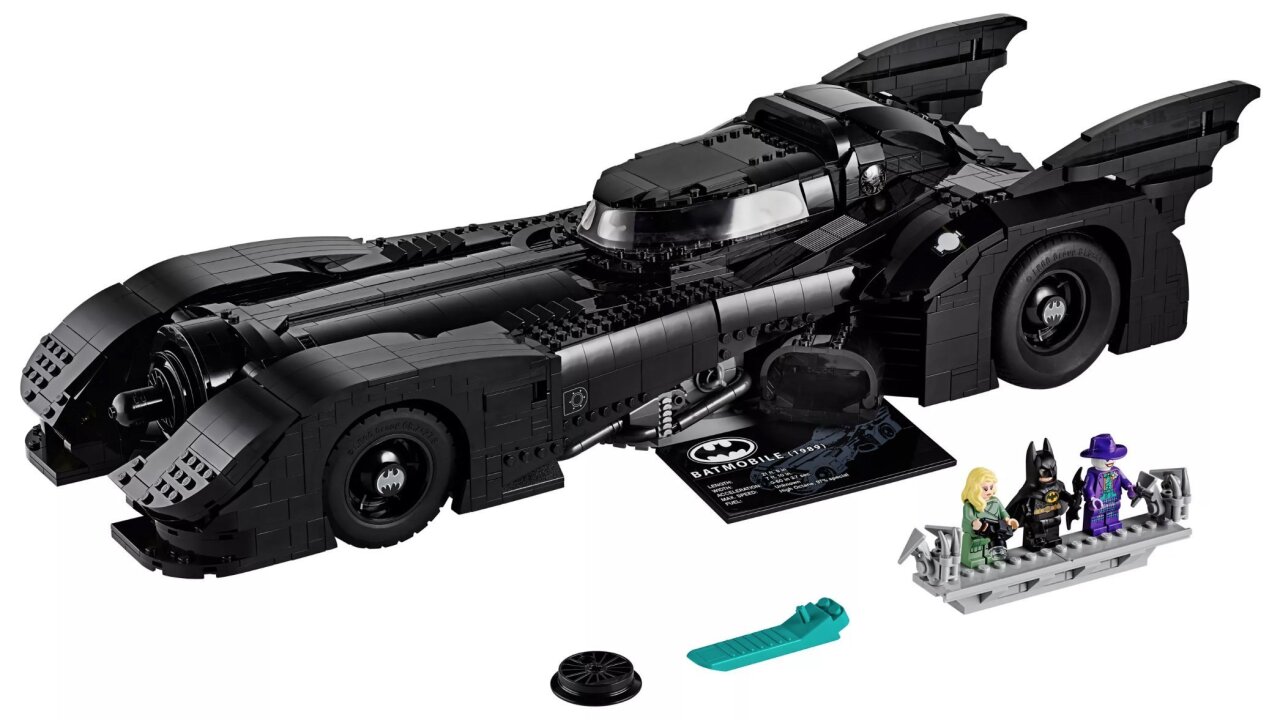 The Batmobile that Michael Keaton’s Caped Crusader rode around Gotham City is now a Lego set. Do you have the nerve to build it all? (LEGO)

Did Ben Affleck’s turn as Batman turn you off from the brooding superhero? Did you disagree with the acclaim bestowed upon Christopher Nolan’s grittier take on the Caped Crusader? Did that George Clooney “Batman & Robin” fiasco ruin any goodwill established by Tim Burton’s version of the Bruce Wayne story?

If you’ve lamented the lack of Legos modeled after Burton’s “Batman,” lament no longer.

For the 30th anniversary of the Tim Burton-helmed “Batman,” Lego is launching a buildable Batmobile modeled after the 1989 on-screen version.

The 3,306-block item comes complete with Lego versions of Michael Keaton, Jack Nicholson and Kim Basinger as Batman, The Joker and Vicki Vale. Have them square off against your Lego Christian Bale and Anne Hathaway!

When it’s complete, this slick Batmobile will stretch nearly 2 feet long. It’s even fitted with a working stick shift, a steering wheel and dashboard stickers so you can reenact getting stuck in Gotham City traffic mid-car chase.

Oh, and there are bat wings, too — it’s gotta fly, after all!

Related: Holiday shopping: Here are the hottest toys of 2019, plus ones that won’t break the bank!

This isn’t a construction job for the faint of heart. The description calls the Batmobile a “challenging and rewarding build,” designed for architects 16 and older. Clearly, Lego wants you to keep this Christmas gift for yourself.