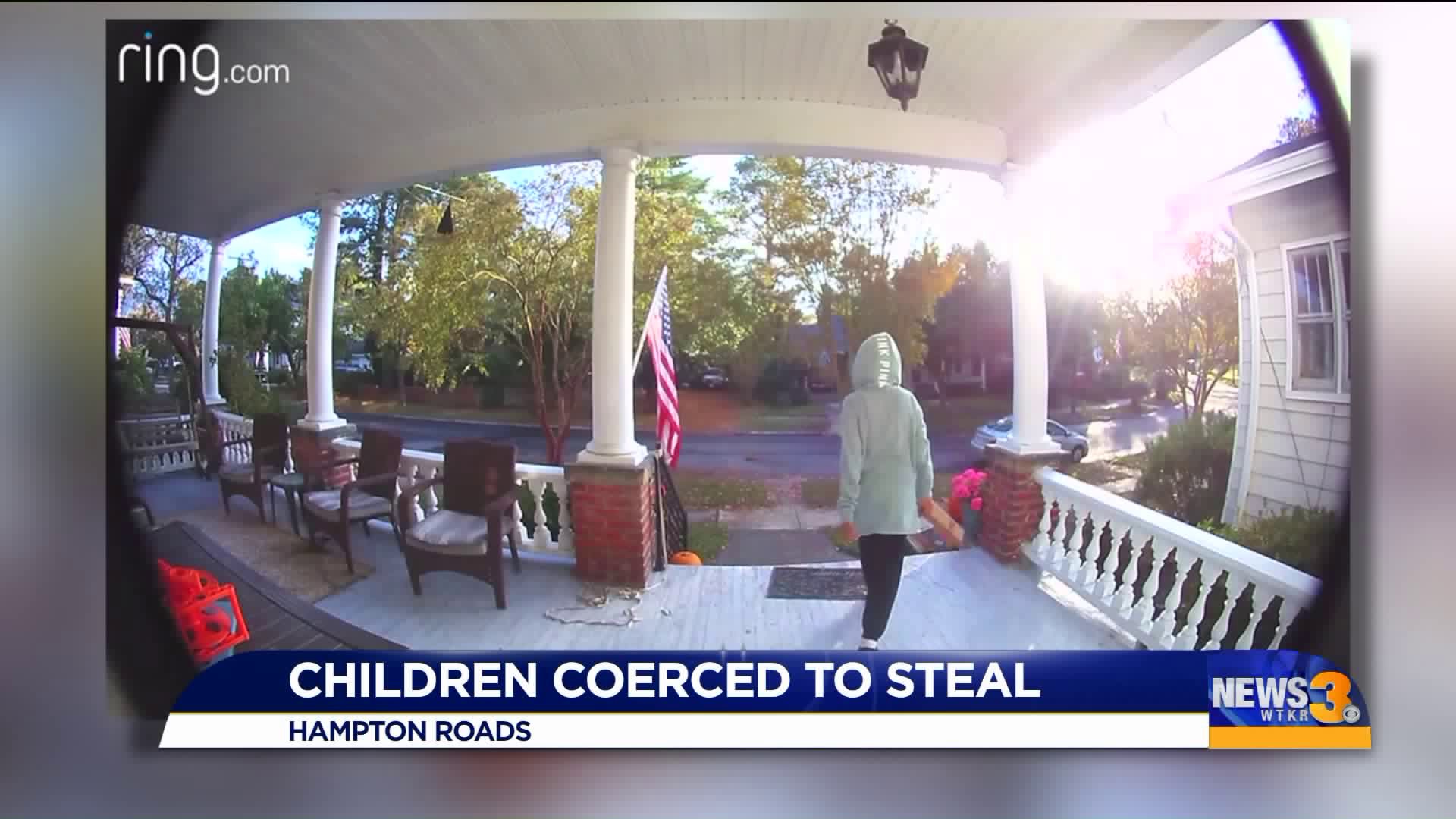 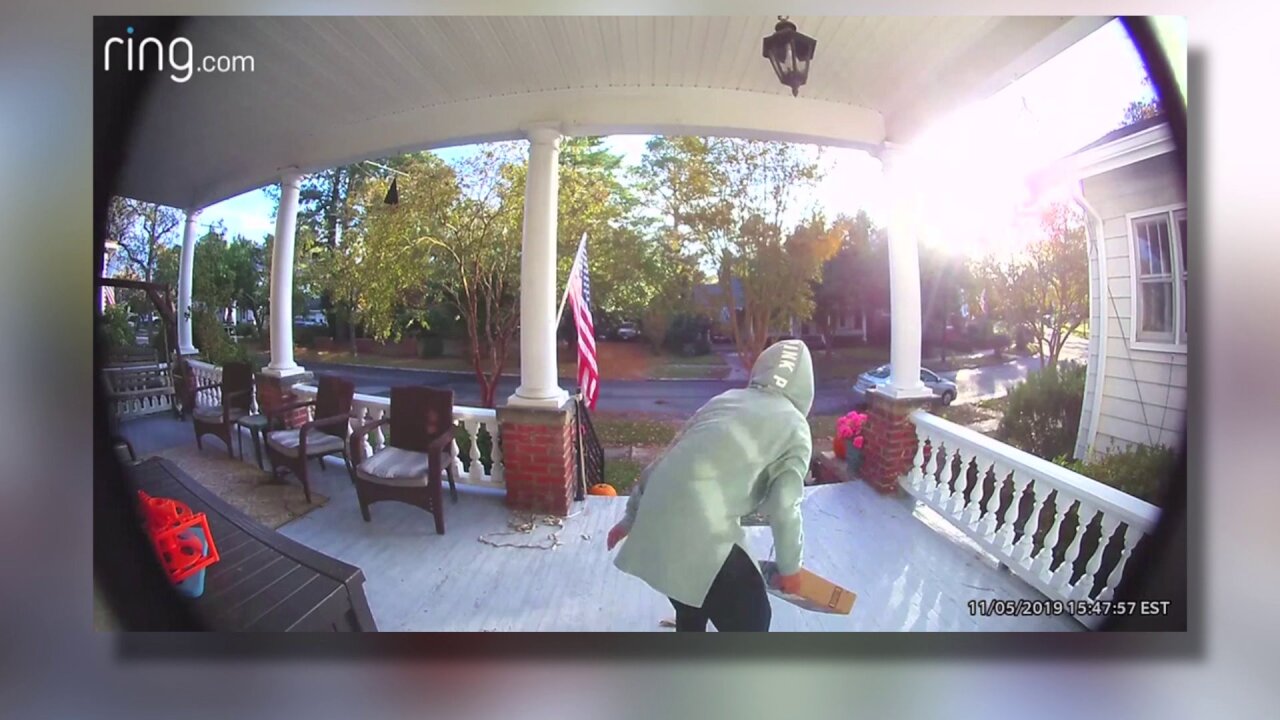 NORFOLK, Va. - When Katheleen Blanchard saw a young girl walking up her neighbor’s door steps, she thought she was a friend of the family's.

“I called out to her and said, ‘Hello and how are the kittens?' She said, 'Hi' and came down the stairs,” said Blanchard.

What she didn’t know is that the girl would come back and do the unthinkable.

In a Ring doorbell video, you can see the child pick up a package off the porch at the Norfolk home and run away.

“It’s very sad, and we have no idea of her motivation or if she was intimated to do this,” she adds.

Gary Rotfus is a licensed clinical social worker. He says an adult is probably behind this.

“You are ruining the child’s life,” he says as he watches the girl steal the package.

“She's apparently not comfortable, and it’s the opposite of what raising children is all about,” he adds.

Rotfus says forcing a child to steal is a form of emotional abuse “that can cause long-range long-term anxiety in the domino effect because now you have a child that’s living a life with a lot of tension.”

That will end up affecting the community.

Related: Why people steal and how it impacts your wallet

“If your teenager goes next door and steals from the neighbor, how can you explain that there is something wrong with that when that is the exact behavior that you’ve modeled?" said Rotfus.

Last week in Virginia Beach, police say two adults walked into a store in Lynnhaven Mall and asked a boy between the age of 7 and 9 to steal $900 worth of sunglasses while the adults distracted the employees.

In a photo, you can see the boy holding on to the stroller.

“Man, CPS would jump all over something like this,” said Rotfus.

Police say when the adults are caught, they will be charged with a Class 1 misdemeanor for encouraging acts rendering a child. Neighbors say the kids aren’t the one to blame.