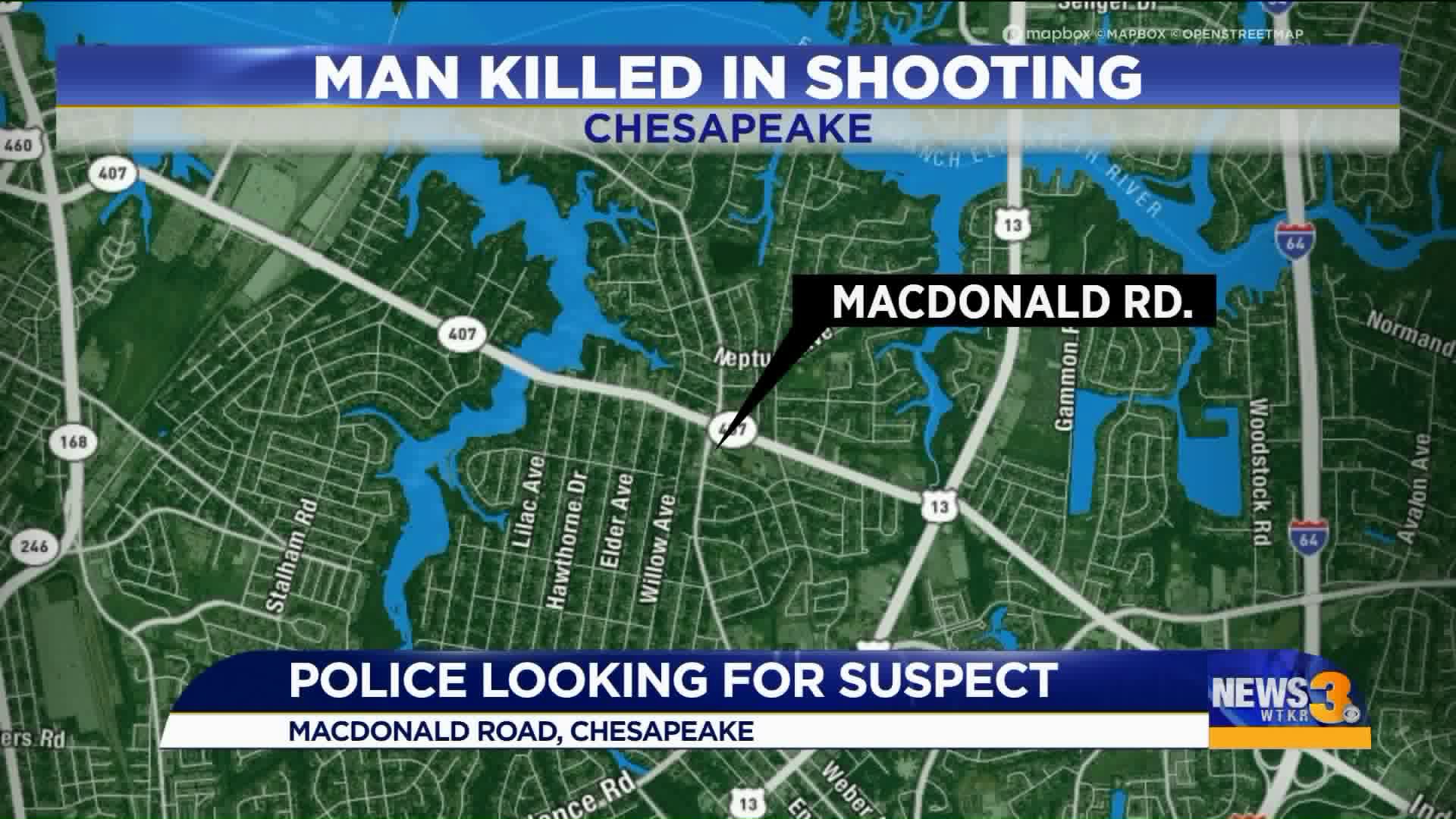 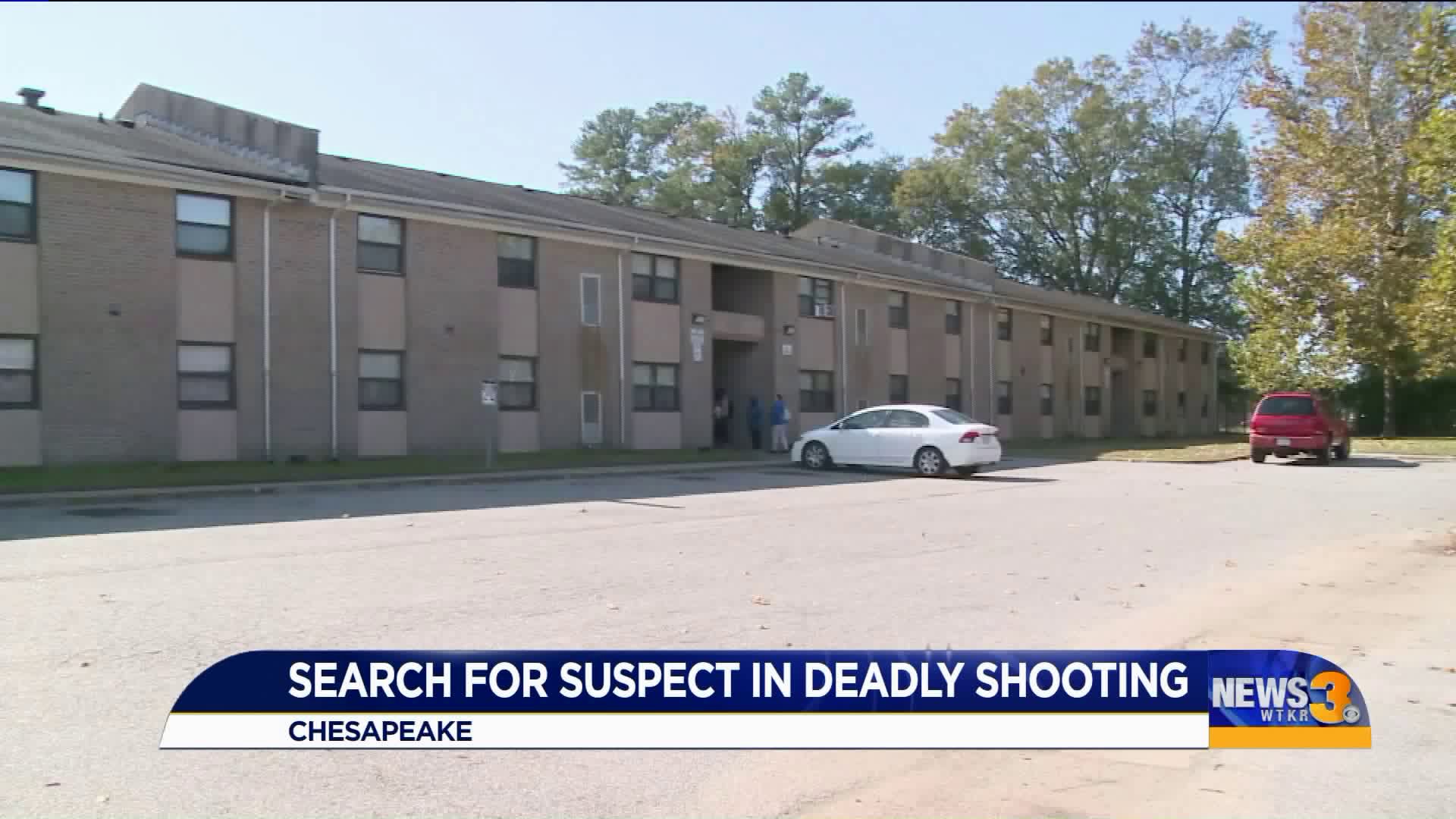 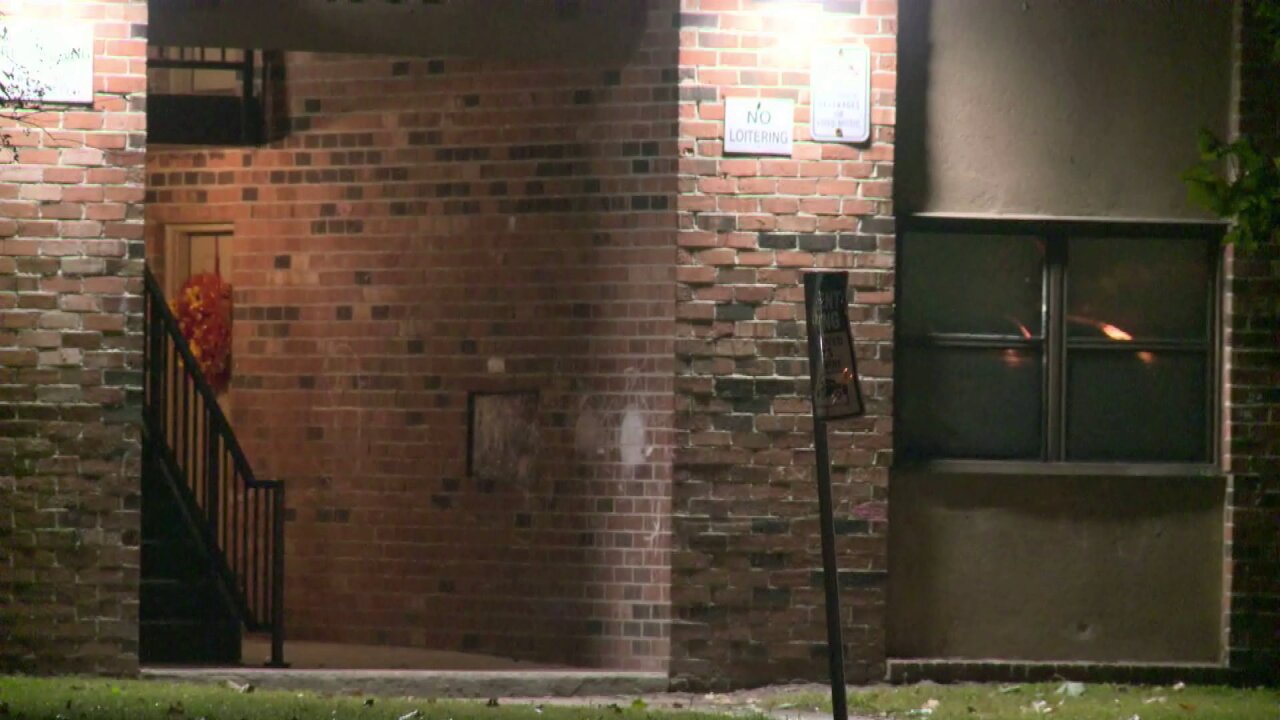 CHESAPEAKE, Va. - The Chesapeake Police Department is investigating a shooting in the 1300 block of MacDonald Road at the MacDonald Apartment complex that left a man dead Thursday night.

The call came in at 8:54 p.m. Officers arrived on scene to find the man, identified as 31-year-old Deontae Poole, at a home dead from an apparent gunshot wound.

The suspect fled the area before police arrived and is still considered to be armed.

People who heard the gunshot say the shooting happened at an apartment in the back of the neighborhood.

Subrina Boggs says she heard one big "bam" while she was at home and she knew it was a gunshot.

"When I opened the door, I heard someone crying downstairs, so I was like, 'Oh my gosh... somebody must’ve been shot,'" explained Boggs.

Boggs says she called 9-1-1 and first responders arrived, but it was too late.

"I heard the ambulance say, 'He's alive, he’s all right, you see his chest breathing,' but then, seconds after that, you know,  you heard them say, 'He’s dead,'" says Boggs.

Boggs says she clings on to prayer for her family’s safety and for God to bring comfort to Poole's loved ones.

"Bullets don’t have any names. I have a grandson - who knows where that bullet could have went. It could’ve came up here and struck anybody," says Boggs.

Police are actively canvassing the area for the suspect and any witnesses who may have seen the person in the surrounding area during the time of the shooting.

The department is asking people to report any suspicious activity in the area and to review their security cameras for any footage that may help with the investigation.