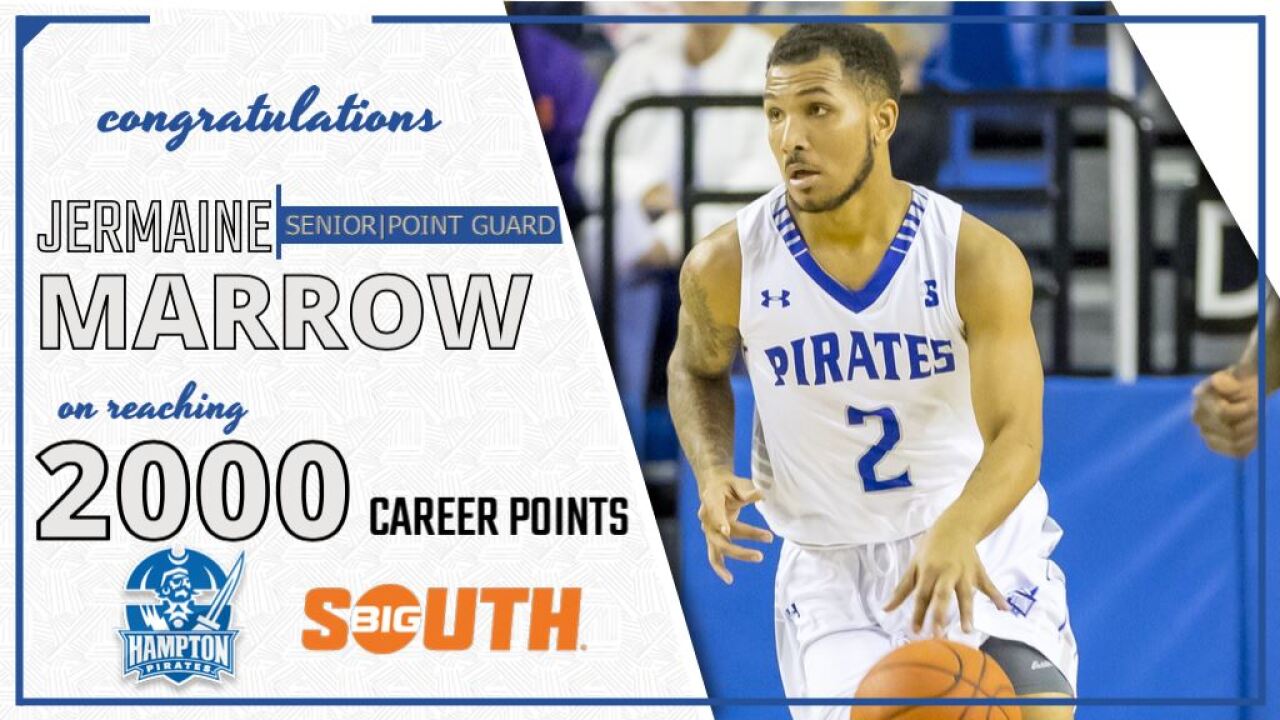 HAMPTON, Va. (HamptonPirates.com) – Senior Jermaine Marrow joined a select group on Wednesday night scoring 30 points to surpass 2,000 in his career as the Hampton Pirates rolled to a 112-52 win over Mid-Atlantic Christian in the season opener.

Marrow, entered the game needing 13 points to break the mark went over the mark off a feed by Daniel Bannister for a jumper with 4:17 left in the half to lead 50-19.  He ended the half with 16 points converting a three-point play with 2:19 left to lead 55-22.   With his 30-point night, Marrow now sits at 2,017 points and joins Rick Mahorn as the only 2,000 point career scorers for Hampton University.

Edward Oliver-Hampton was the next scorer for Hampton with 19 points and six rebounds in his debut, while Davion Warren missed a double-double with 10 points and nine rebounds.   Returners Ben Stanley (16 pts, 5 reb) and Greg Heckstall (11 points, 8 rebs, 5 assists) rounded out the double figure scorers for Hampton.

The largest lead on the night for Hampton was the final margin as a putback by Pierre Sow with 40 seconds left put Hampton up 112-52.

Hampton returns to action on Tuesday, Nov. 12 with a 7pm tip against The Apprentice School.