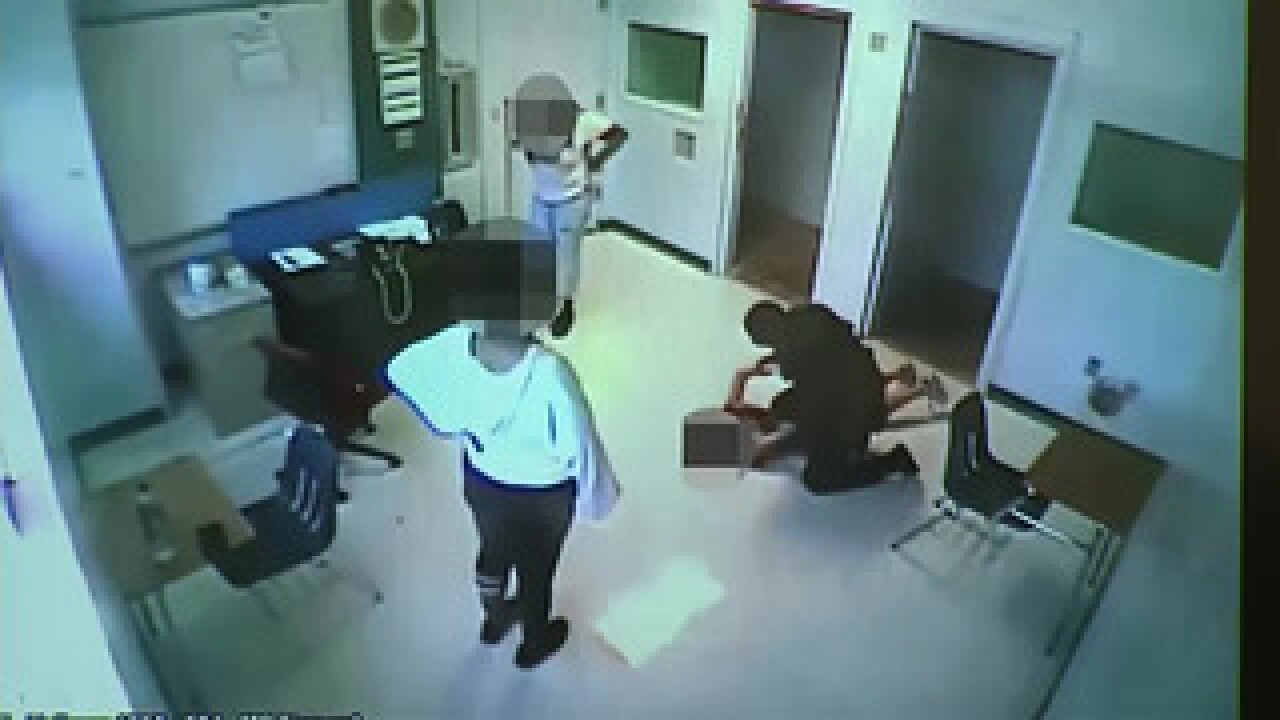 A school resource officer in Florida is accused of slamming a 15-year-old female student to the ground, the Broward County Sheriff’s Office said.

Deputy Willard Miller, 38, turned himself in on Tuesday morning on one count of child abuse without great bodily harm. It is unclear whether he has entered a plea.

The incident occurred on September 25 at Cross Creek School in Pompano Beach, Florida, and is shown in surveillance video and detailed in a police affidavit.

The video, which does not include audio, shows a girl walking around a room with her hands in her pockets as a school officer stands and two other people sit nearby. The officer is using his phone and at some point the girl taps the back of his leg with one of her feet; his knees sag. He turns toward her and a conversation apparently ensues.

One minute later, the officer walks over to the student, grabs her by the head and neck area, and throws her to the ground.

The deputy rolls the student onto her stomach and puts her hands behind her back. About 30 seconds later, he yanks her onto her feet and pushes her into a side room, causing her to hit the wall, the police report says.

CNN reached out to Miller’s attorney on Tuesday evening but did not immediately hear back. The local deputies union referred questions to the attorney.

A judge ordered Miller held on $5,000 bond, the Sun-Sentinel reported.

Miller’s arrest, a year and a half after the shooting at Marjory Stoneman Douglas High School, is another mark against the Broward County Sheriff’s Office, and its school resource officers in particular.

In June, the office’s internal affairs team issued a report criticizing the school officers who responded to the school shooting. The report specifically stated seven deputies did not immediately move toward the gunshots and confront the shooter, a violation of accepted department protocol.

Related: School resource officer out of a job after bodycam shows use of force against 11-year-old student

After a review of the video, Miller was removed from the school and placed on restrictive administrative assignment that same day.

Detectives formally presented the case to the State Attorney’s Office on October 23, and Miller was suspended without pay on October 28.

Broward County Sheriff Gregory Tony said that the girl “did not provoke any unnecessary level of force being applied.”

“But the byproduct of his actions were deplorable, were uncalled for, and they violated multiple policies just on the optics and required us to open up an internal affairs investigation,” he said.