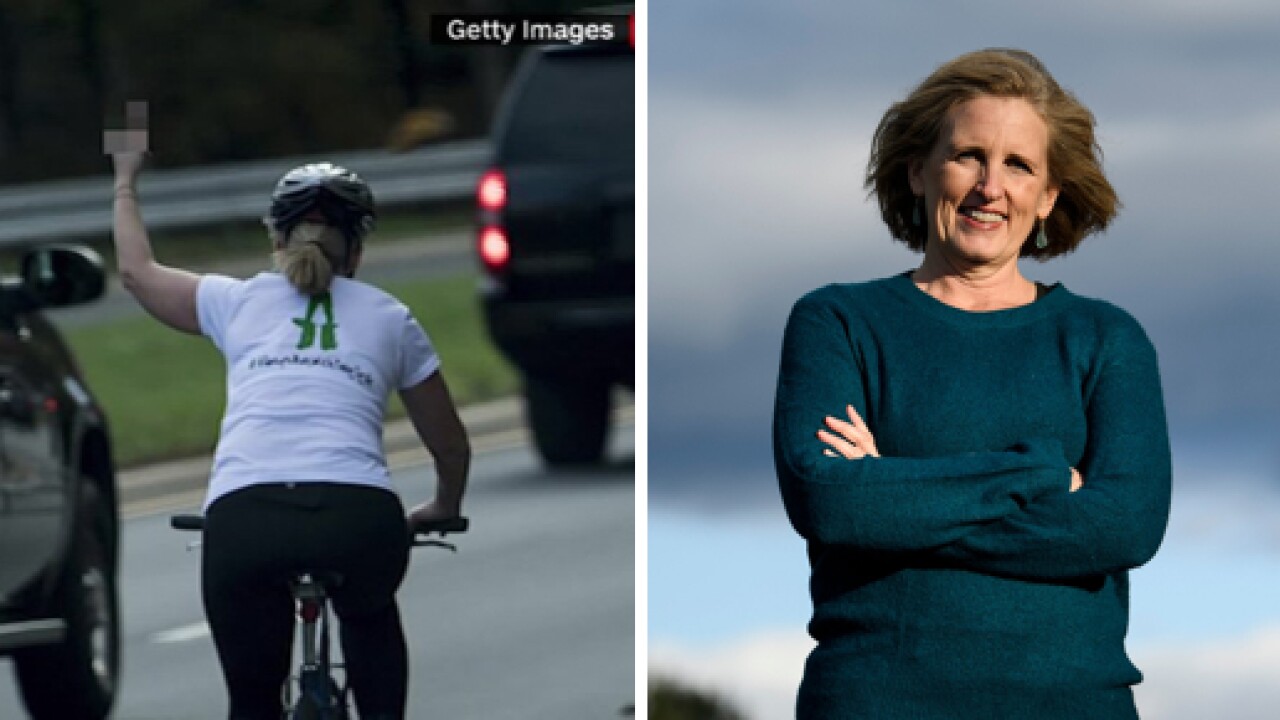 The cyclist who flipped off President Donald Trump’s motorcade in 2017 – and lost her job because of it – has won her bid for local office in Virginia.

CNN projected that Juli Briskman on Tuesday night won her race to become supervisor for the Algonkian District in Loudoun County, Virginia. The win comes just over two years after a photo of Briskman flipping off the President’s motorcade as it made its way back to the White House from Trump’s golf course in Sterling, Virginia, went viral in October 2017. Her lawyer said she was forced to resign from her job as a marketing executive at Akima LLC over the photo.

Briskman was able to leverage her viral rebuke of Trump into Tuesday’s win with a campaign that made the image central to her political message.

She announced her campaign on Twitter in September 2018 by sharing a Washington Post article titled “The cyclist who flipped off Trump’s motorcade is running for public office.”

“Today, I am filing my organizational papers in a bid for local office in Loudoun County, Va. Loudoun deserves transparency in government, fully funded schools & smarter solutions to growth,” she said. “It’s time for a change.”

Related: Woman who claims she was fired for flipping off Trump motorcade sues former employer

Speaking to CNN’s Jeanne Moos in 2017, Briskman contended she’s “really not” the bird-flipping type, but still made her feelings toward Trump clear.

“Health care doesn’t pass, but you try to dismantle it from the inside,” she said. “Five hundred people get shot in Las Vegas; you’re doing nothing about it. You know, white supremacists have this big march and hurt a bunch of people down in Charlottesville and you call them good people.”

“My finger said what I was feeling,” Briskman said at the time. “I’m angry and I’m frustrated.”