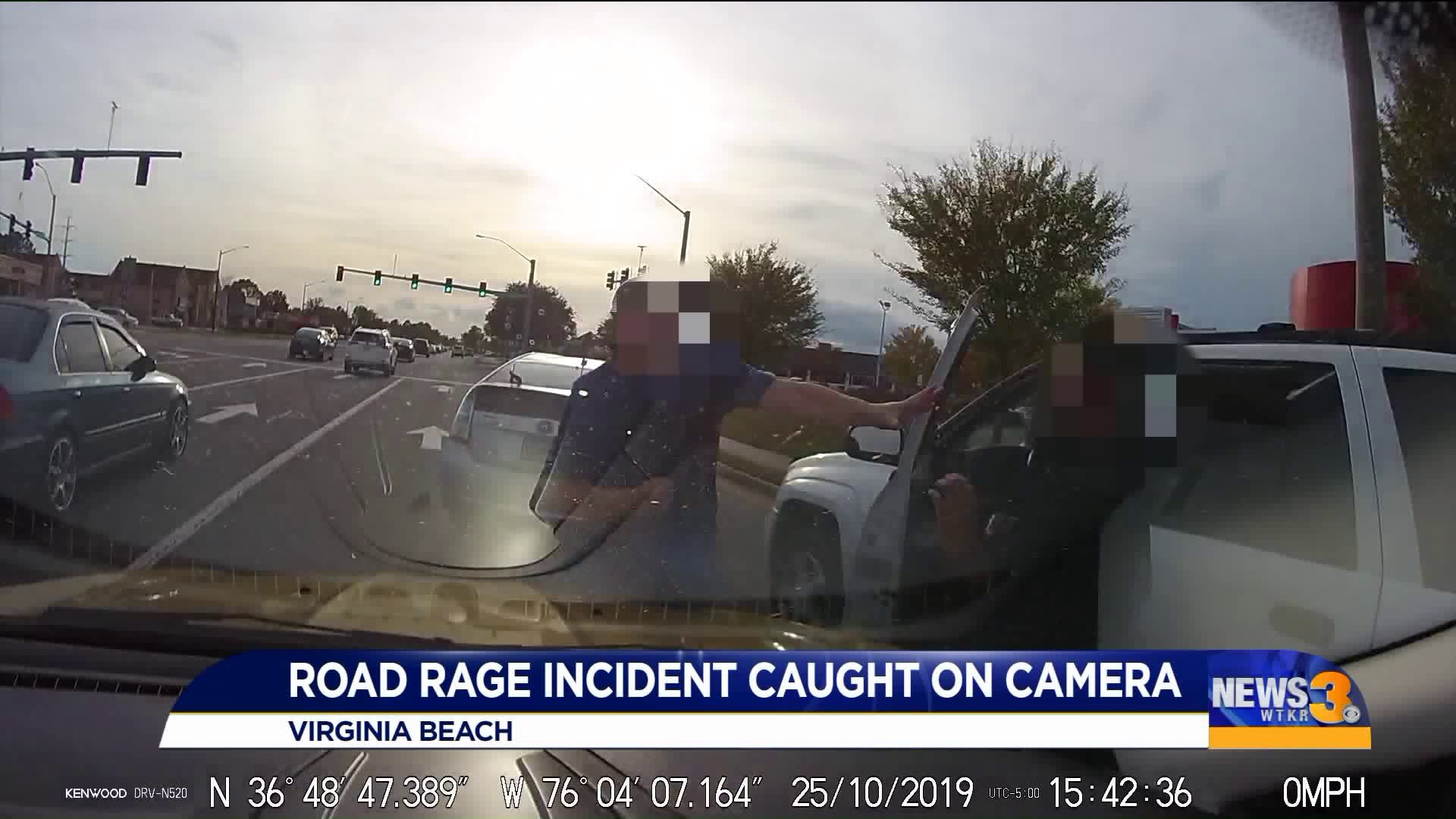 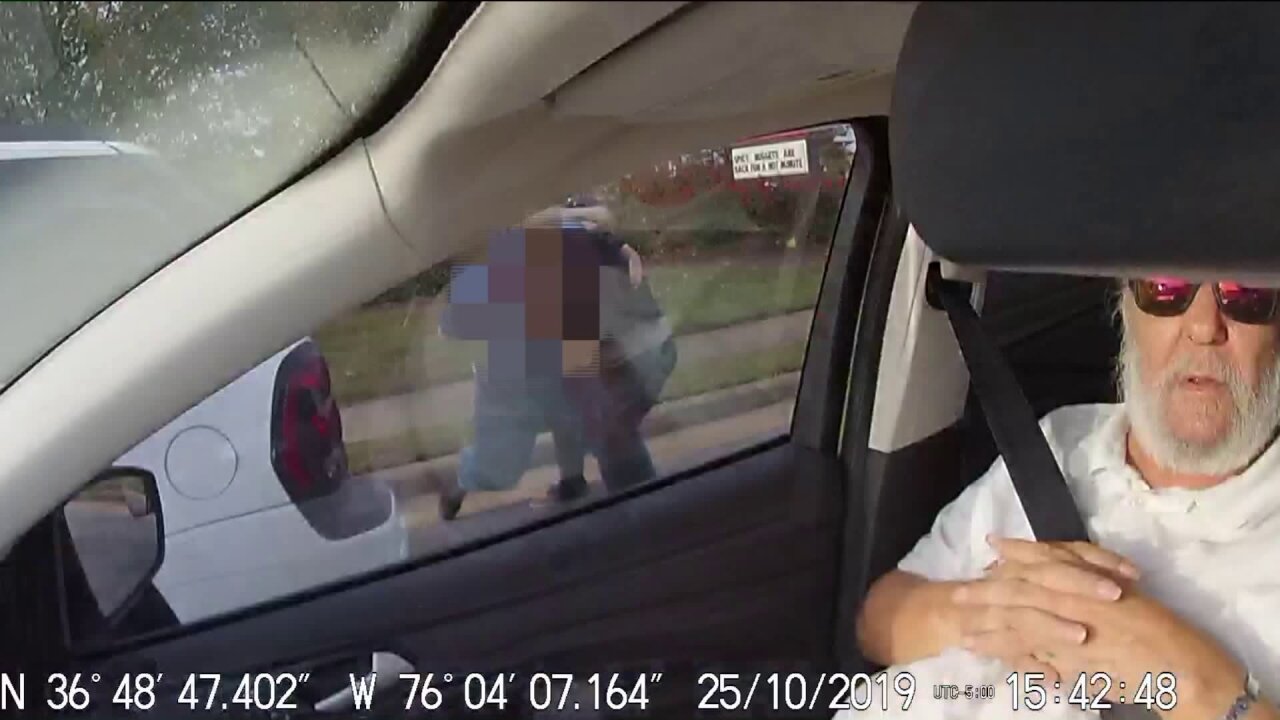 VIRGINIA BEACH, Va. - Traffic on Lynnhaven Parkway last week came to an abrupt stop when one car nearly hit another when getting into the right lane.

Michael Taylor was directly behind the near-miss. His dash camera was rolling as both cars stopped and the drivers started punching one another.

"My first thought was, 'What is going on? Why is this happening?'" said Taylor over the phone on Wednesday.

Taylor drives all over the state for his job, which is why he installed a dash camera in the first place.

"The dash cam comes in handy when you’re traveling, you know, not only far distances but short distances because you never know."

Despite constantly driving, he's never seen anything like what played out on Oct. 25.

Taylor says he noticed the two cars driving aggressively about two miles before the fight began. He believes it started when one of the drivers cut off the other.

The fight only lasted two minutes, but at one point it got so bad the two men slammed into Taylor's car, denting the side of it.

Virginia Beach Police were called to the scene, but a spokesperson with the department says neither man decided to take out charges on the other.

Taylor hopes the video will remind people to always be alert to what is going on around them when they are driving.

"I could have either hit that guy or his car if I was going any faster. I saw they were being aggressive driving, so I slowed down a little bit."