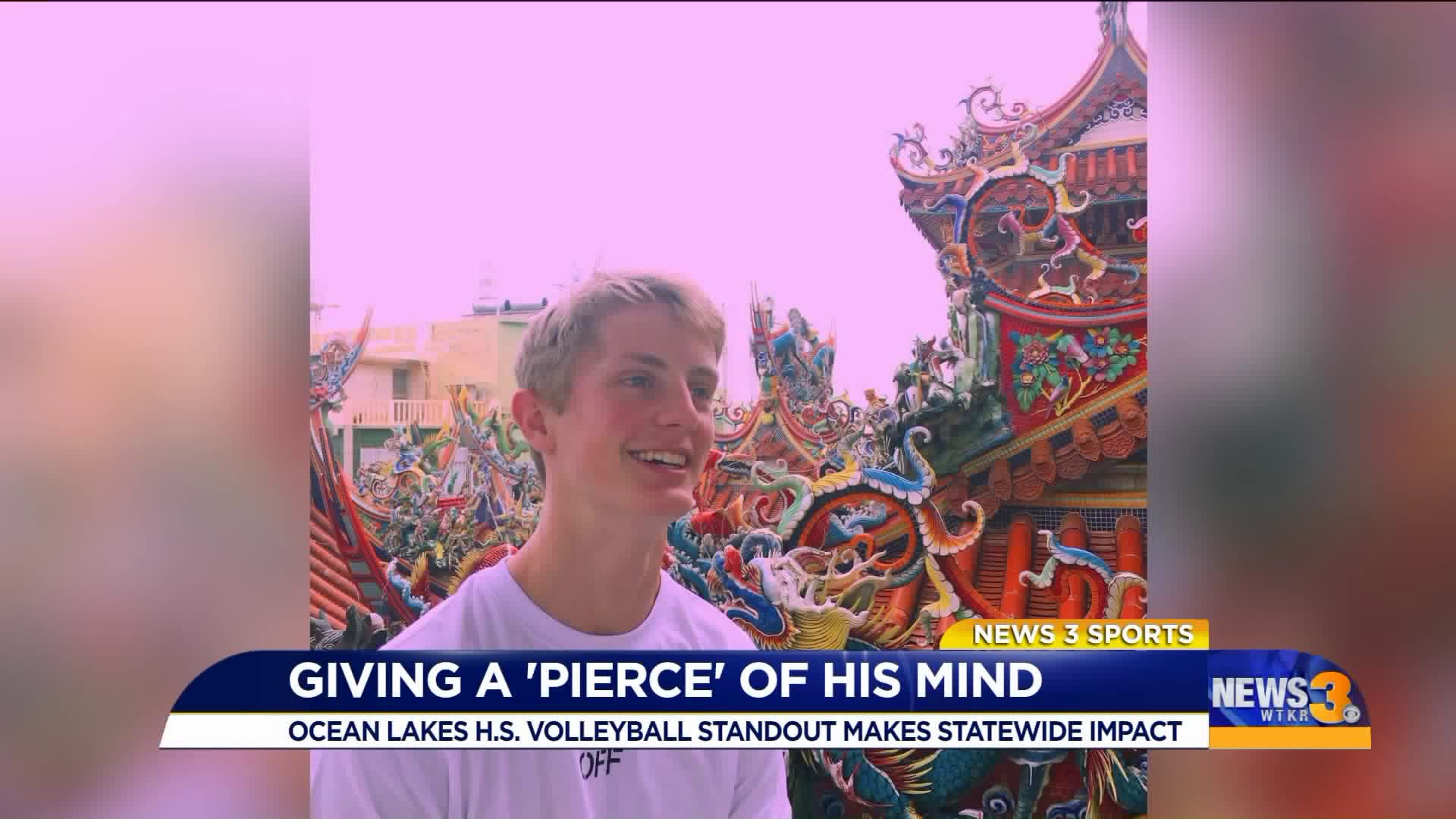 "We have an opportunity to really do something special this season," explained Ocean Lakes H.S. head boys volleyball coach Heath Boomer.

The Dolphins are prepping for the state tournament (Tuesday November 19th) and a shot at their first state title. The championship game would be Thursday November 21st in Richmond. And for team captain Pierce Corson, a senior and one of the Dolphins' best players, it's just the latest opportunity to rise-up on a statewide level.

"Pierce will look at somebody's feelings and put himself in a position of empathy," Coach Boomer added. "He will stand out if need be to do what's right. At all times he thinks about others before himself."

Corson, who speaks Spanish and Mandarin, recently achieved a perfect score of 36 on the ACT college admissions test. His goal is to be an ambassador to China. But first, here stateside, Pierce is using his head and heart to help those of his peers.

"I wanted teens to have some sort of say in what they were taught and what they learned about," Corson revealed.

Inspired by his work with the National Alliance of Mental Illness, Corson published a research project highlighting factors associated with high stress and anxiety in high school students. As recent legislation in Virginia mandates a focus on mental health in schools, Pierce's work was presented before the Virginia General Assembly and State Board of Education for inclusion into the curriculum.

"I'm really just in awe to hear about the effects that something I did can have on something bigger than myself."

On this election day, Pierce Corson, who is not eligible to vote until 2020, spends his day with blocks and kills rather than ballots and candidates. But that does not mean he cannot make an impact in Virginia.