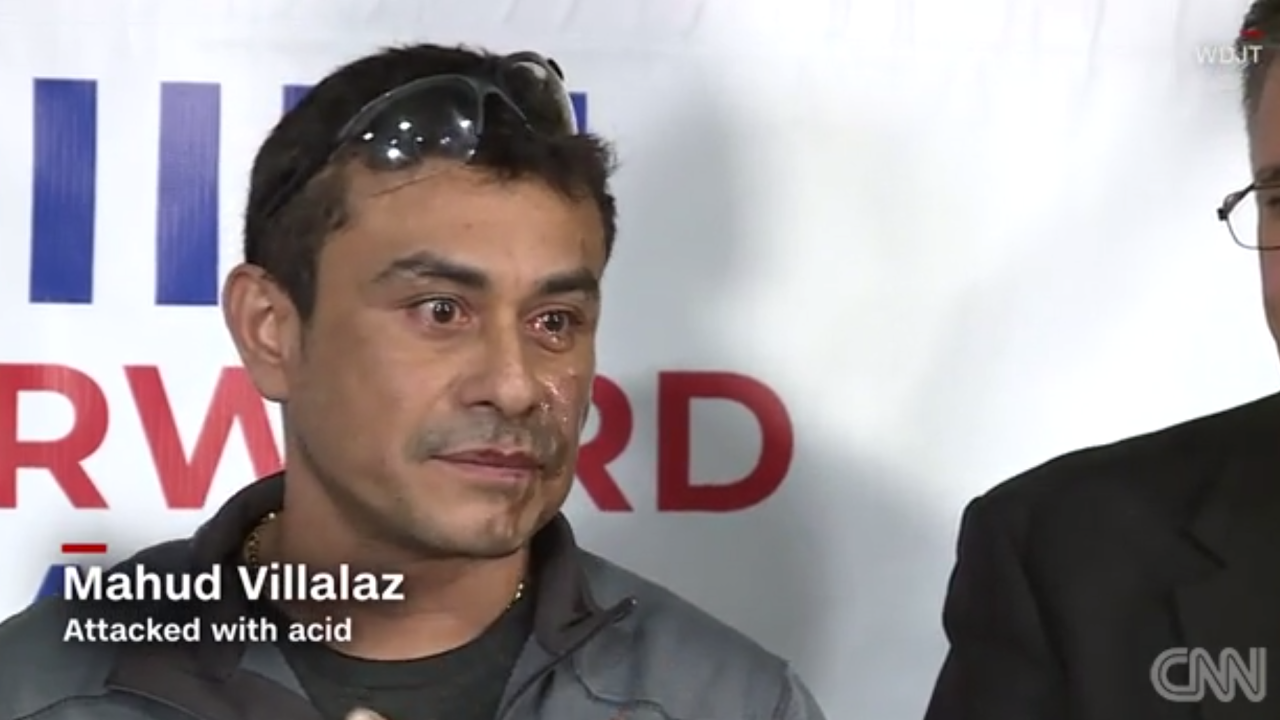 MILWAUKEE – A man has been arrested after allegedly throwing acid in the face of a US citizen, who says his attacker told him to “go back to (his) country.”

Milwaukee police say they arrested a 61-year-old man in connection with the vicious attack against Muhad Villalaz that caused second degree burns. Charges will be brought forward to the District Attorney’s Office in the next couple of days, Milwaukee Police Public Information Officer Sgt. Sheronda Grant confirmed to CNN.

The attack occurred after the two men got into an argument Friday night, and the suspect threw acid on Villalaz. the police department said.

Villalaz told CNN affiliate WISN he got into an argument with the attacker over how Villalaz had parked his car.

Villalaz said his attacker called him an “illegal” and told him to “get out of this country” before throwing acid in his face, WISN reported

“I believe (I) am a victim of a hate crime because (of) how he approached me,” Villalaz told WISN.

Villalaz is a 42-year-old welder who has been in the United States for 19 years, according to Darryl Morin, President of Forward Latino. Morin is helping the family manage media requests and deal with the incident, he told CNN.

Villalaz has a wife and two young children who he had to explain the incident too, Morin said. “They weren’t able to understand how somebody could do this to a person without knowing them.”

The attack is now “being probed as a hate crime,” according to a statement from Alderman Jose Perez.

“The acid attack last night near 13th and Cleveland was a heinous crime that will have a long-term impact on the life of the victim,” Perez said in the statement. “This was senseless violence, it needs to stop.”

Perez added the community is encouraged that the attack is being investigated as a hate crime.

The Milwaukee Police Department did not specify whether the attack is being investigating as a hate crime, telling CNN “this is still an open investigation.”