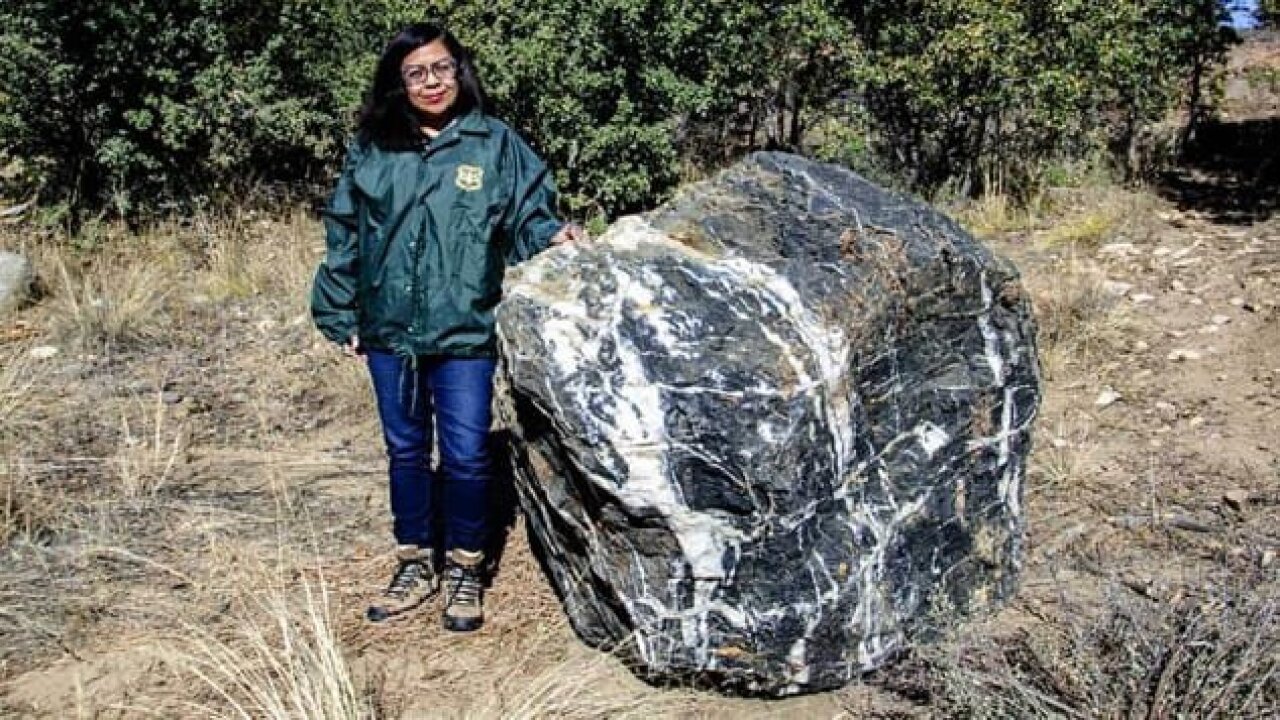 The 1-ton “Wizard Rock” that seemingly evaporated into thin air has returned to the Arizona national forest where it was stolen, in what can only be assumed as an act of magic.

A forest employee patrolling the basin where the boulder once sat, found the boulder had suddenly reappeared nearly one month after it was reported missing, Prescott National Forest officials said.

“We are thrilled the Wizard Rock was returned, and are grateful that whoever took it was conscientious enough to give it back to the public,” said Sarah Clawson, district ranger for the Bradshaw Ranger District, in a statement.

Its disappearance confounded rangers. The stunning chunk of stone weighs about the same as a small car, so discreetly lifting it would’ve required some extreme effort.

It’s also illegal to remove minerals from national forests without a permit, so whoever managed to remove it would’ve faced up to $5,000 in fines or six months in jail (or both) if they hadn’t returned it.

That was probably enough to prompt the rock borrowers to return it to its original spot.

But it may not stay there for long. Forest officials said they’re considering moving the beloved Wizard Rock to a more prominent location for even more visitors to enjoy it.