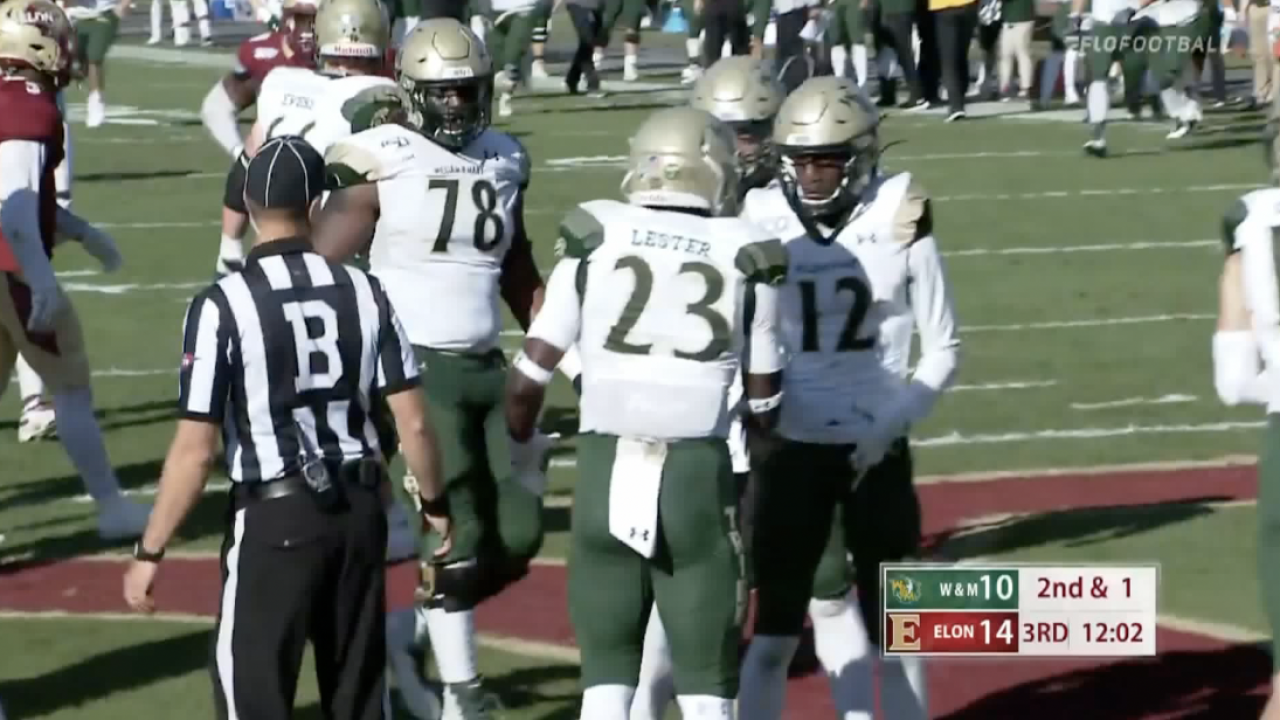 Running back Owen Wright provided the game-winning score on successful 2-point conversion, and W&M (3-6, 1-4) sealed the victory on the ensuing possession when Elon (4-5, 3-3) failed to convert its opportunity on a pass defended by cornerback Ryan Poole. The big plays completed the longest game in school history, as the Tribe had never played more than two overtime sessions.

After neither team scored during the first two overtimes, both squads found the end zone during the third extra stanza but were unable to convert the 2-point conversions.

Following a scoreless fourth overtime, the teams were each given 2-point opportunities during the fifth extra session – a new overtime rule put into effect this season.

After Elon knotted the score at 23-23 following a pair of fourth quarter field goals, W&M marched to the Phoenix’s 32-yard line on its final possession in regulation but Kris Hooper’s 49-yard field goal attempt missed wide right with 0:09 remaining.

The hard-fought matchup was tightly contested throughout, as neither team led by more than six points.

In addition to playing the most overtime sessions in school history, it marked W&Ms first overtime game since winning at Stony Brook in 2014.

The Tribe returns to action when it hosts Rhode Island at Zable Stadium next Saturday at 1 p.m. Tickets for the contest are available by clicking here or by calling the Tribe Ticket Office.