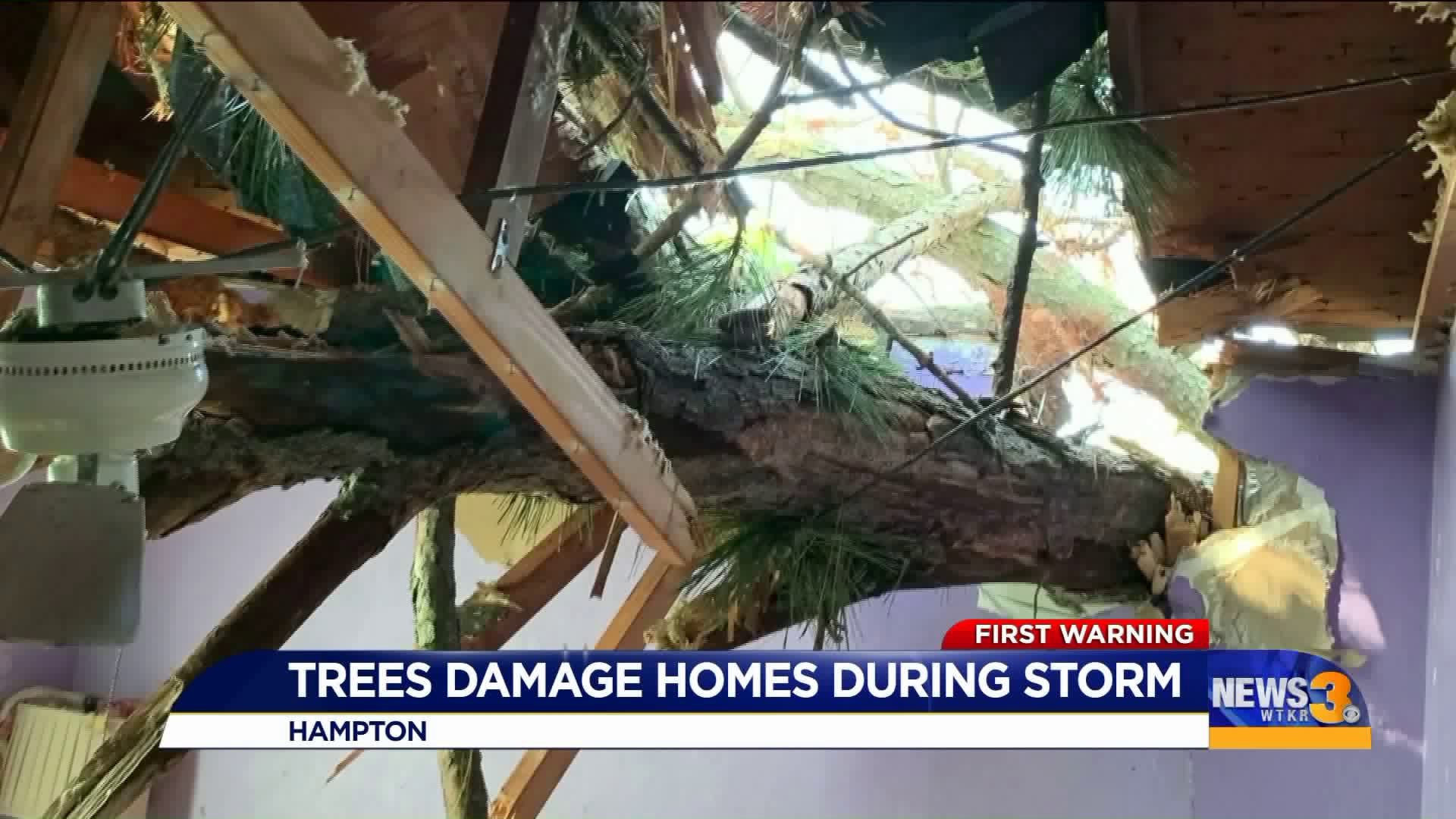 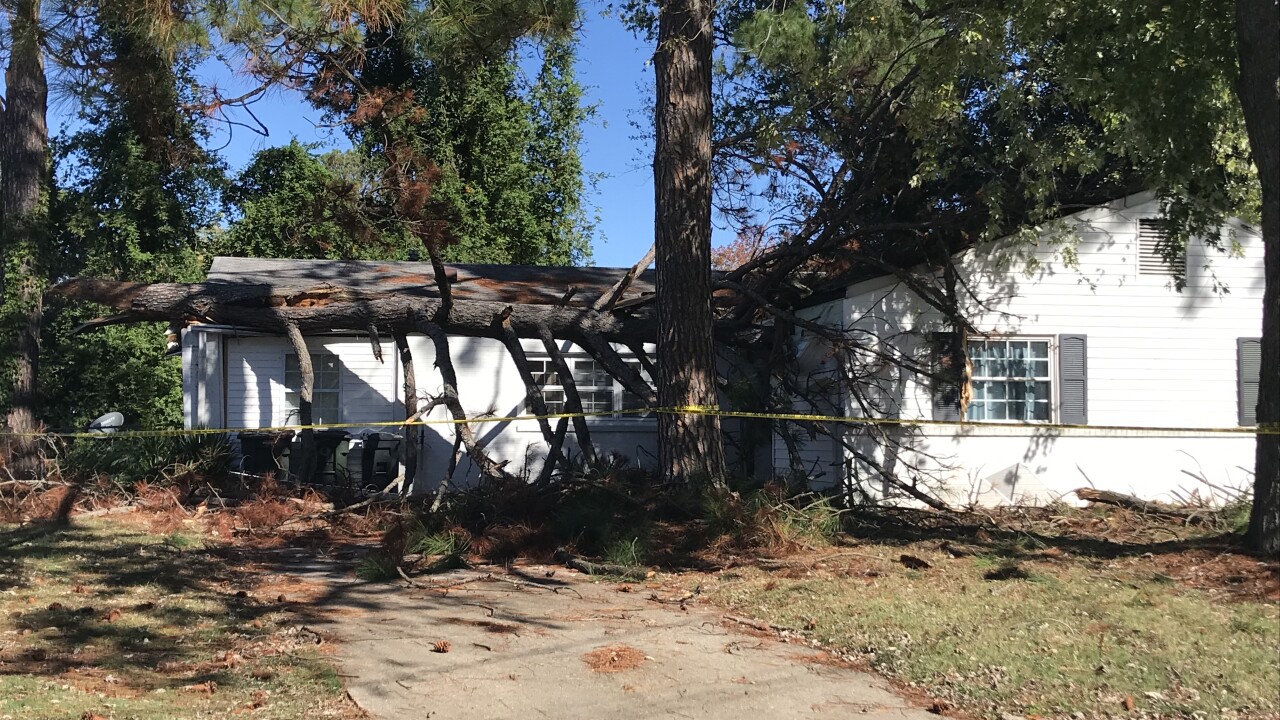 Two different homes are no longer safe to live in because of the damage. One home is on Deerfield Boulevard, the other only a few streets over on Maume Circle.

In both cases, large trees came falling on top of the homes where people were inside sleeping.

Thankfully, no one was hurt in either of the homes, but residents are now left trying to figure out where to go next. They say they were forced to leave their homes in the middle of the night because of how severe the damage was.

Related: Neighbors cleaning up Suffolk tornado damage warn others to check their insurance

The Red Cross is assisting those who were impacted.