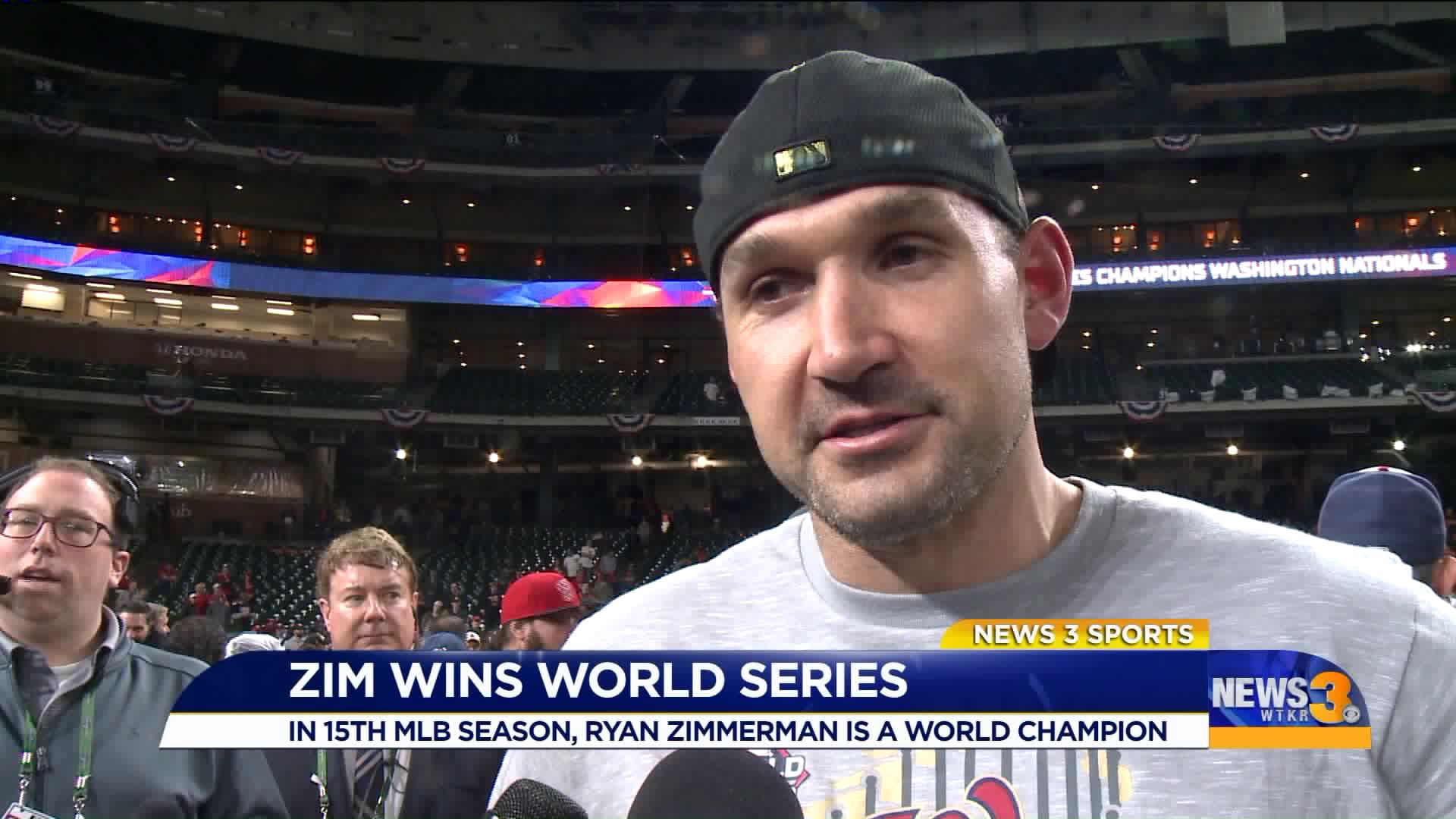 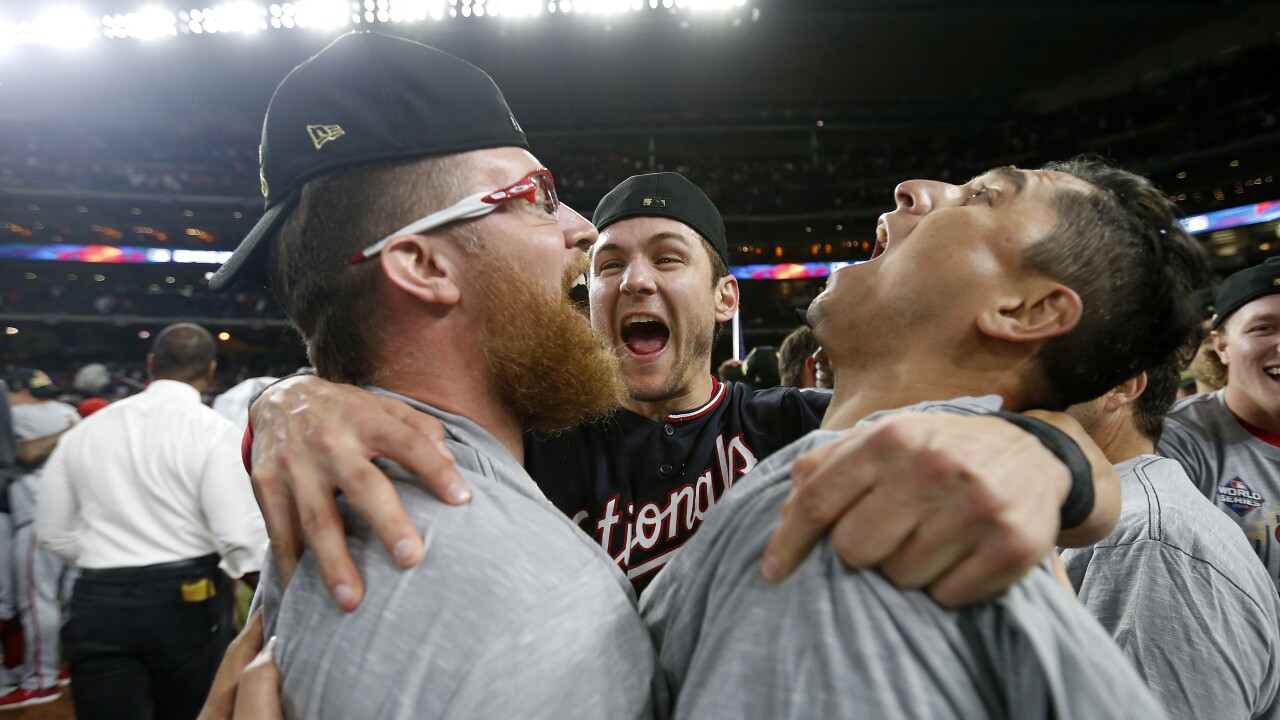 Ryan Zimmerman, the Washington Nationals' first MLB Draft pick (2005), is a World Series champion for the first time in his career. The 35 year-old from Virginia Beach's Kellam High School, who starred at UVA, helped lead the Nationals to a 6-2 victory in Wednesday's game seven of the World Series - clinching the title for Washington.

Minutes after the biggest victory of his life, News 3 Sports Director Adam Winkler caught up with Ryan - as well as members of his family.