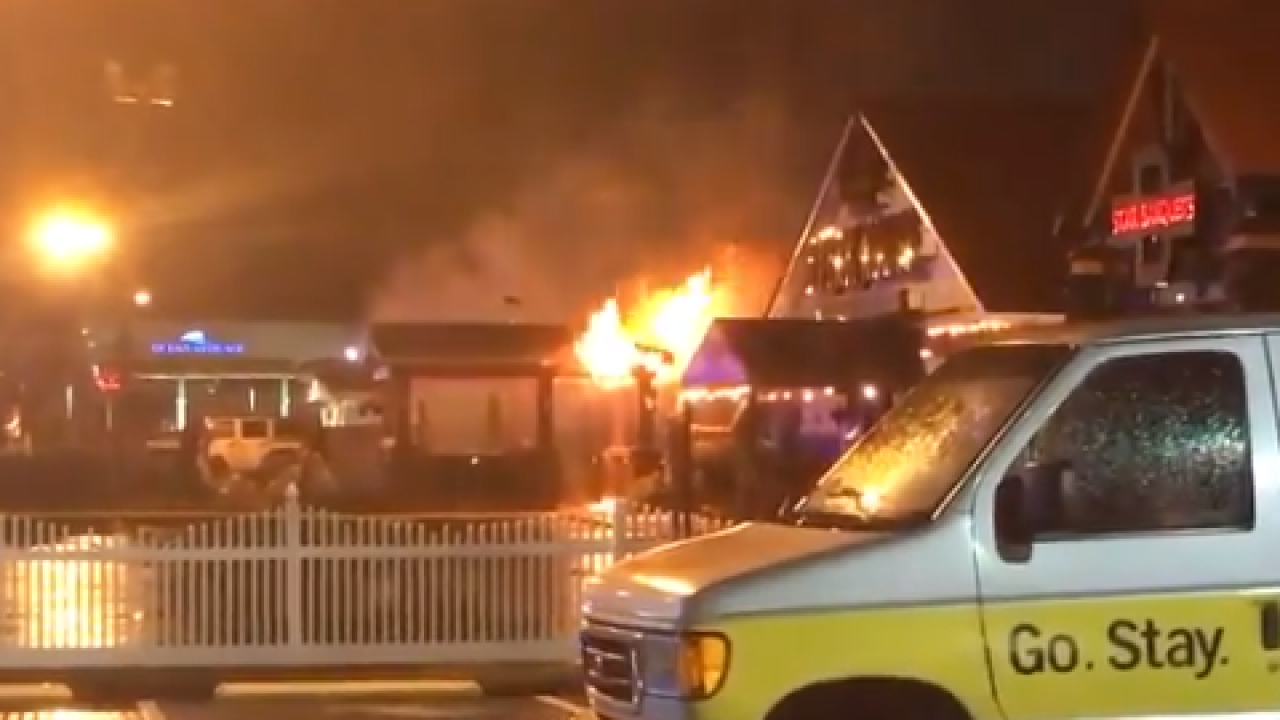 Photos of the fire are from the Twitter video of Paul Briggs.

VIRGINIA BEACH, Va. – A fire at a gazebo outside the Aberdeen Barn restaurant in Virginia Beach was caught on video by Paul Briggs on Twitter.

It is not known if the fire actually impacted the Aberdeen Barn restaurant.

According to the tweet by Briggs, first responders were on scene when he posted the video around 3 a.m. News 3 also responded to the scene around 4 a.m., but firefighters had already left the fire scene and had put the fire out.

The fire at 5805 Northampton Boulevard was reported around 2:30 a.m. to Virginia Beach dispatch.

More information to come on the fire when it is given by Virginia Beach Fire Department officials.