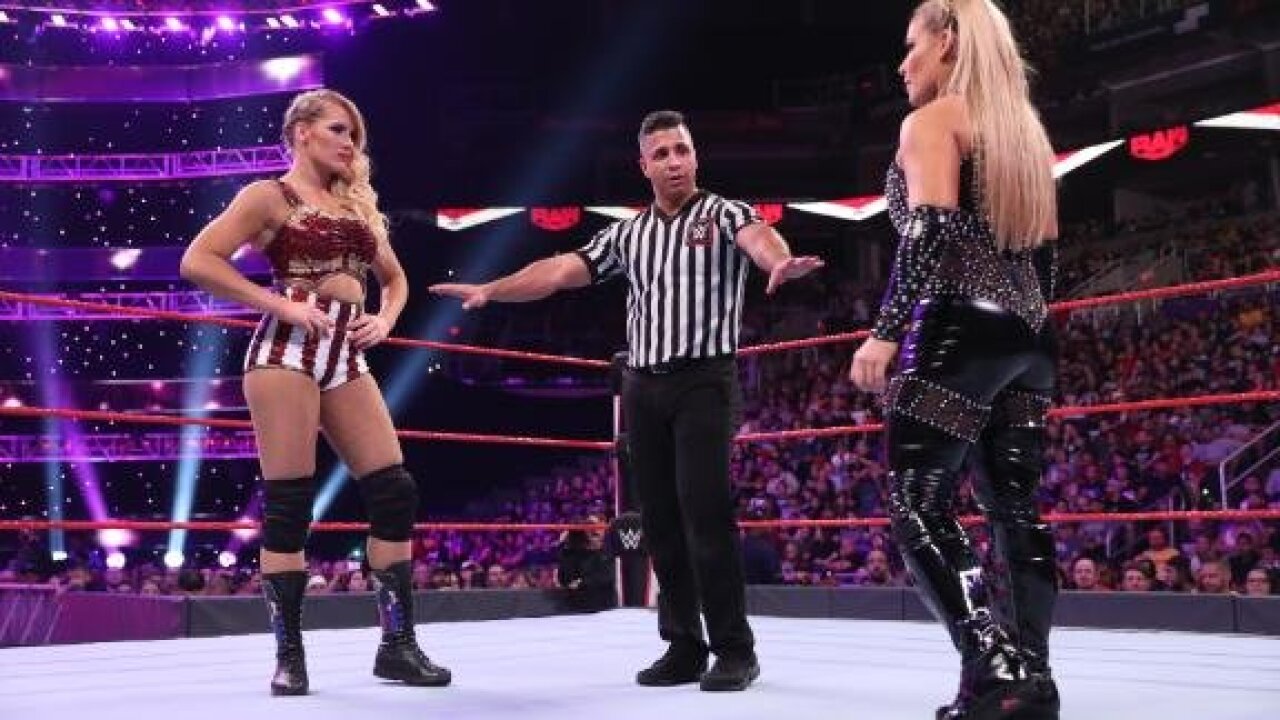 WWE stars Lacey Evans and Natalya plan to square off against each other during the Crown Jewel, a pay-per-view event being held Thursday at the King Fahd International Stadium in the capital city, Riyadh.

In 2018, WWE signed a controversial 10-year deal to hold wrestling competitions in the kingdom.

The arrangement has drawn criticism in part because of Saudi Arabia’s human rights record and extreme conservatism — same-sex sexual activity is illegal there, public spaces are mostly segregated by gender and women’s rights remain restricted. It wasn’t until 2017 that women could attend sporting events. Last year, a decades-old ban on women driving was lifted.

“Hopefully, this event, this match, this opportunity will have a ripple effect all around the world to show everyone that women belong in the same place that men do,” WWE Chief Brand Officer Stephanie McMahon told Newsweek.

“They deserve to have the same opportunities as men. They deserve to be in this place. It’s an earned opportunity. It’s not something that’s being given. Equality should exist for everyone.”

“When I grew up here, the idea of even men and women sitting in the same arena to watch a show was unheard of,” Mansoor Al-Shehail, WWE’s first Saudi Arabian wrestler, said after the announcement. “I can’t even begin to describe how much that means to me and my little sisters.”

The King Fahd stadium is one of three stadiums in Saudi Arabia that have allowed women to attend sporting events since 2017.

This has been a year of firsts in the women’s division at WWE. During this year’s WrestleMania, WWE’s biggest show of the year, the women’s division held the main event for the first time in the event’s 35-year history. Ronda Rousey, Charlotte Flair and Becky Lynch closed out WrestleMania in April with Lynch walking away with two titles, the Raw and Smackdown Women’s Championships.

The women featured in the match

Natalie Neidhart-Wilson, who goes by the ring name Natalya, hails from legendary Hart family. Her late father, Jim “The Anvil” Neidhart, along with her uncle, Bret “Hit Man” Hart, were inducted into the WWE Hall of Fame this year. She is a veteran in the women’s division and stars in the E! reality series “Total Divas.”

“I’m just so excited. I don’t think it has really sunk in,” she said in a video WWE tweeted. “This is life-changing. I can’t believe that I’m going to be part of history.”

Natayla’s opponent, Macey Estrella-Kadlec, known by the ring name Lacey Evans, is a US military veteran and signed with the WWE’s performance center in 2016. For Evans, this match shows her daughter where hard work can take a person.

“I never thought I’d have the opportunity to do the things I’ve done with WWE,” she posted on Twitter. “Tomorrow I get to show my little girl that hard work can bring you to history-making heights.”