Woman wakes up to missing tire and rims in Portsmouth 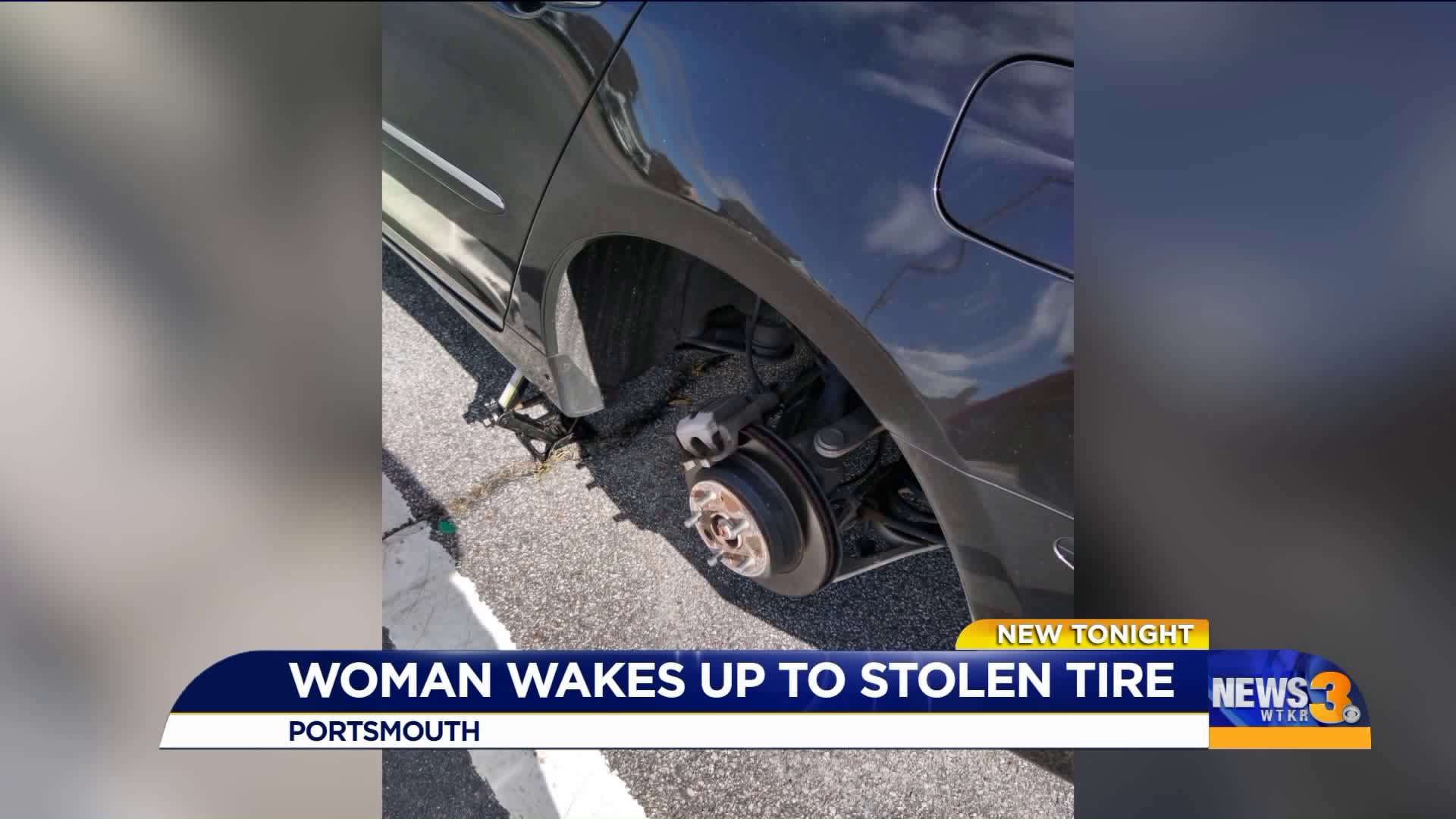 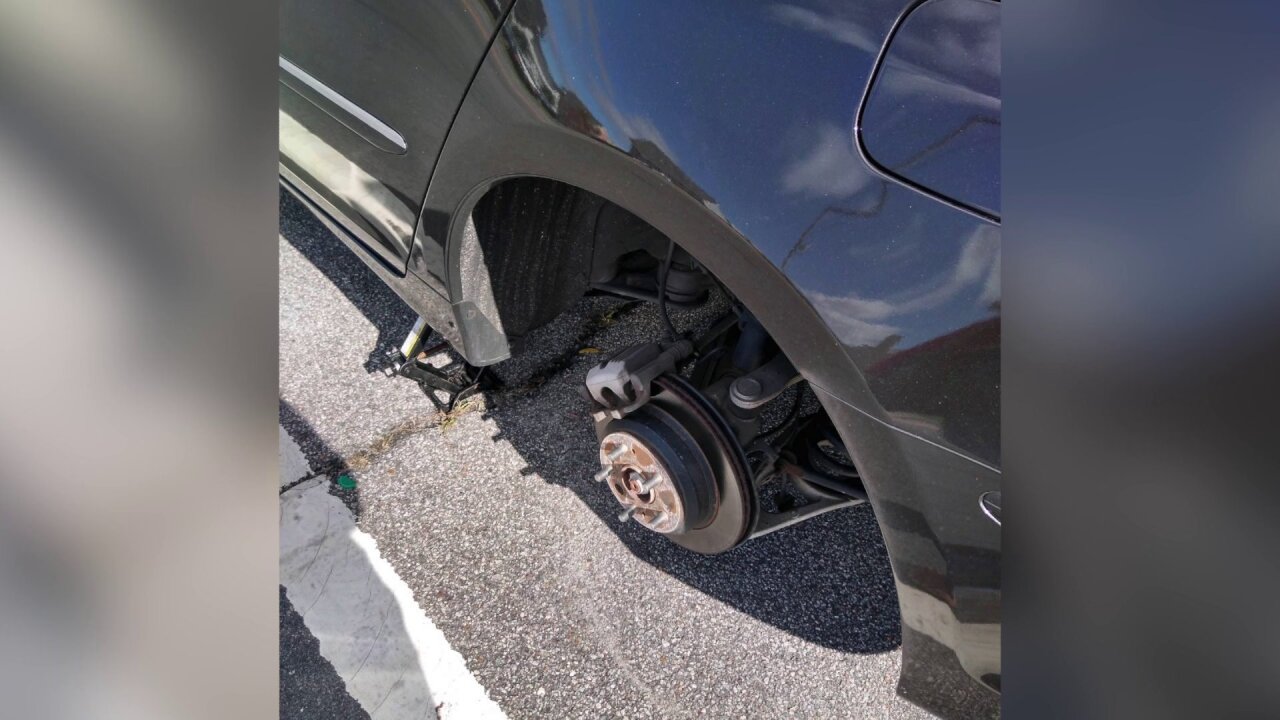 PORTSMOUTH, Va. - “This is outrageous. Is someone targeting my home? What is going on here?” said Raechell Gordon.

That was Gordon's reaction when she looked down at her Acura Monday morning.

“I walked outside at 7:14 a.m. to put my daughter in the car to drop her off at daycare and we noticed that my whole tire and rim was gone.”

She says she just bought brand-new tires in August. She checked her surveillance camera to see if she could figure out who did this.

“My night owl camera did catch a little, but the night vision didn’t play into the street,” she said.

But, she did catch something.

Whoever did this left behind the tire jack that was used to remove the tire and rim from her car, which was parked right in front of her home on Elm Avenue.

“Unfortunately, it’s something that happens very often, especially in the area that we are in,” said Juan Jimenez.

Juan Jimenez owns High Street Automotive. He says there is something you can do to prevent a thief from taking your tires.

“The best thing to do to protect that is to put locks on your tires so it would be a little more time consuming to remove the tire,” he adds.

Gordon says she’s thinking it may be time to move.

“I have to protect my family. My daughter is two. I don’t feel safe in my home. If they will do this to my car, it’s only a matter of time they will do it to my house," she said.

And she has some advice for her neighbors.