Snap out of it: Political ads appearing on Snapchat 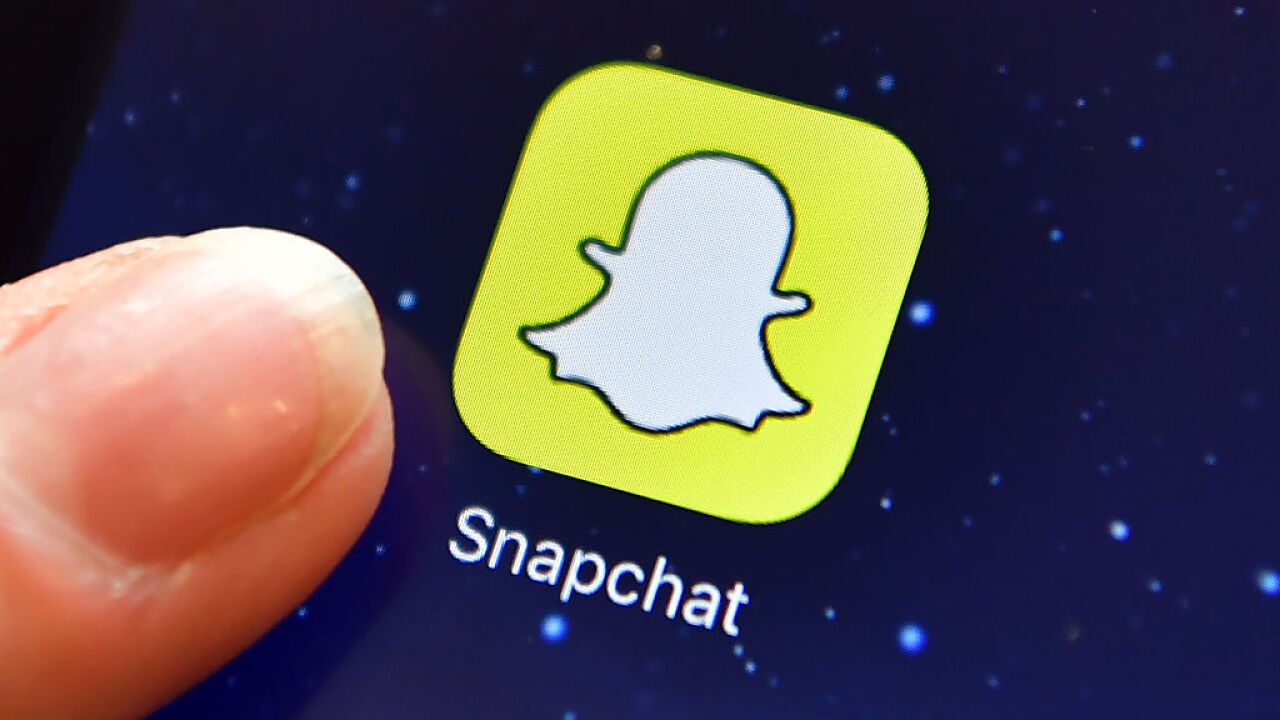 LONDON, ENGLAND – AUGUST 03: A finger is posed next to the Snapchat app logo on an iPad on August 3, 2016 in London, England. (Photo by Carl Court/Getty Images)

RICHMOND — A candidate for sheriff in a rural Virginia county is trying to reach younger voters by advertising on a social media platform popular with their age group — Snapchat.

William Stowell is an independent running for sheriff in Tuesday’s election in Botetourt County, nestled in the mountains in western Virginia. Stowell’s campaign ads on Snapchat feature policies he thinks will appeal especially to younger voters, particularly his views on tobacco laws.

“If I’m elected, if you’re 18 to 20 years old, you can go in and buy cigarettes in this county, and nobody’s going to harass you or anything like that,” Stowell said.

Stowell not only has an unusual media campaign plan but also is an unusual candidate. He is a convicted felon (for a third offense of driving under the influence) whose rights were restored in 2017 by then-Gov. Terry McAuliffe.

Stowell said he began using Snapchat after issues with censorship on Instagram and Facebook. He has spent just $33 on Snapchat ads but has enjoyed a big return: about 511 impressions, or views, for every dollar spent.

This election cycle, Stowell is the only candidate running Snapchat ads in Virginia. However, political organizations, advocacy groups and marketing firms are advertising on the platform, trying to inform and/or influence Virginia voters.

According to the Snapchat Political Ads Library, such advertisements have received more than 7 million impressions in Virginia this year.

According to the website, “Snapchat empowers self-expression, including about politics. But political advertising that appears on Snapchat has to be transparent, lawful, and right for our users.”

Political ads on social media have triggered intense debate in recent weeks. It was triggered by Facebook‘s decision not to fact-check or remove political ads containing misinformation. On Wednesday, Twitter announced that it would ban all advertisements about political candidates, elections and controversial policy issues.

Snapchat’s policy is to review political ads on a case-by-case basis. The company said it would not allow “content that is misleading, deceptive, impersonates any person or entity, or otherwise misrepresents your affiliation with a person or entity.”

“We encourage political advertisers to be positive. But we don’t categorically ban ‘attack’ ads; expressing disagreement with or campaigning against a candidate or party is generally permissible if it meets our other guidelines,” the policy states. “That said, political ads must not include attacks relating to a candidate’s personal life.”

So far this year, Snapchat has carried about 1,200 political ads in the U.S., including 62 for Virginia political campaigns. Many of those campaigns started in September and closed immediately after the voter registration deadline on Oct. 15.

Snapchat reported that more than $30,000 was spent on political ads in Virginia in 2019. The largest spender is AcraMax Publishing Inc., which is based in Newport News and publishes news and feature stories online and in newsletters. AcraMax has spent almost $16,000 this year to share political ads on Snapchat.

Other large political ad spenders include Targeted Victory LLC., ACRONYM, FP1 Strategies and Authentic Campaigns Inc. In addition, Donald J. Trump for President and the Trump MAGA Committee have purchased ads from a company called Realtime Media that has a P.O. Box in Arlington.

“ACRONYM is putting our money where our mouth is, literally, by being one of the only outside progressive groups advertising on Snapchat, and one of the only outside groups running digital ads supporting the impeachment inquiry,” said Tatenda Musapatike, senior director of campaigns for the organization, which was created after the 2016 presidential election.

“To get young voters and voters of color registered and engaged in the run-up to the 2019 elections, People’s Power Grab is running Snapchat ads because they know that those two groups are spending a significant amount of their time on the platform,” Musapatike said.

Musapatike said her group has been able to track the success of the People’s Power Grab ad campaign by monitoring impressions and click-through rates.

“The higher those two stats are, the more confidence we have that our campaign is going to be successful in encouraging young adults in Virginia to vote this year,” Musapatike said.

According to the Snapchat Political Ads Library, ACRONYM ads have received about 383,000 impressions so far this year.

In terms of reaching an audience, Snapchat advertisements can range widely. AcraMax saw 275 impressions per dollar spent — but the Southern Environmental Law Center has done much better. The SELC spent $509 on Snapchat ads and had about 505 impressions for every dollar spent.

Claudine Ebeid McElwain, the program communications manager for the SELC, said Snapchat is one of many channels the center uses to engage Virginians on environmental issues like offshore drilling and threats to clean water. The SELC ads ran during the late spring and early summer.