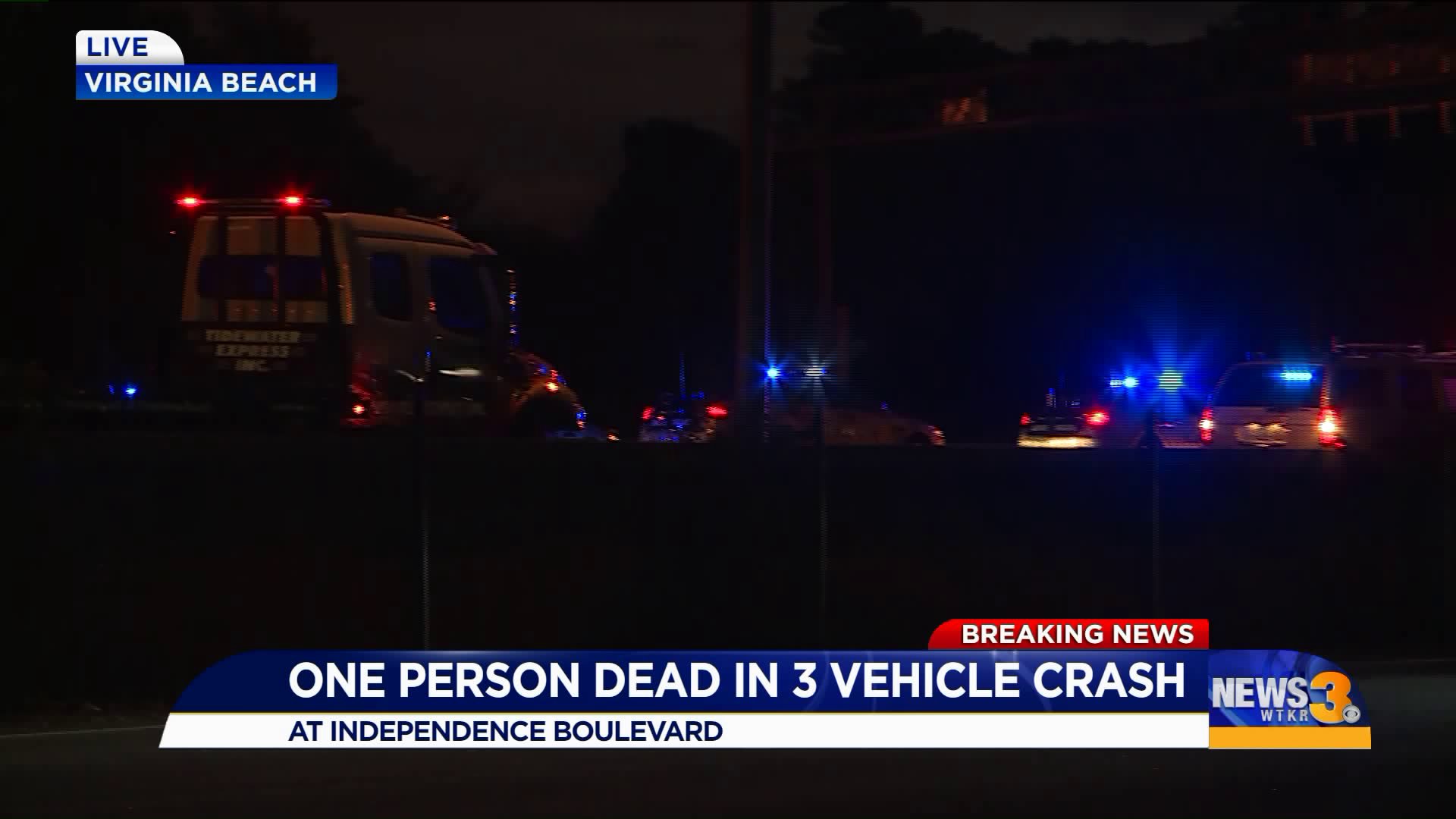 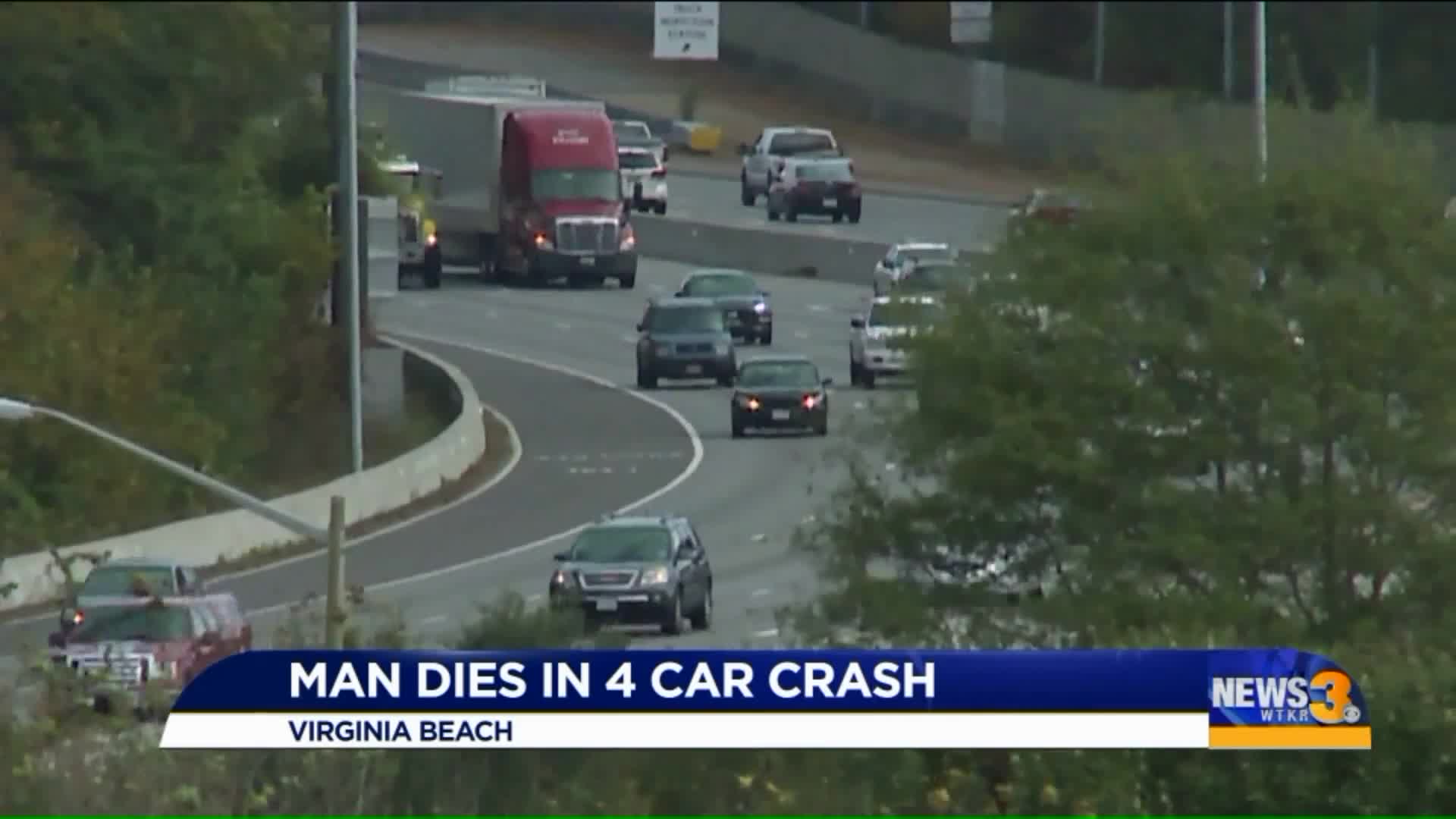 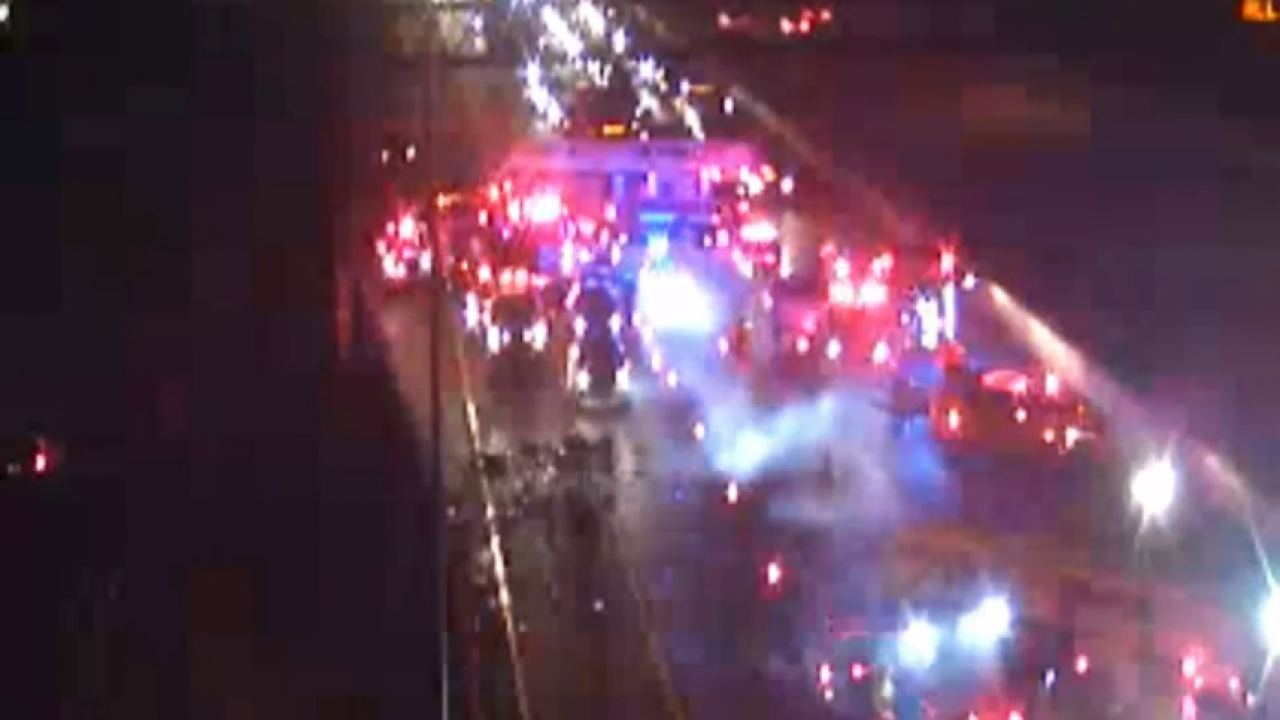 VIRGINIA BEACH, Va. - Officials have confirmed an 81-year-old man died during a four-vehicle crash that happened around 5 a.m. Thursday on I-264 E at Independence Boulevard in Virginia Beach.

The 81-year-old driver has been identified as Cecilio Pulgar.

Pulgar struck the rear of the F150 and veered into the traffic lane of a 2007 Mac Dump Truck that was also traveling eastbound on I-264.

A red "X" was marking the closed lane that both the Nissan Sentra and Ford F150 were traveling in, according to State Police.

The Virginia State Police Reconstruction and Motor Carrier Units were also called to the scene.

The portion of I-264 eastbound that was impacted by the crash was closed to motorists while authorities investigated, but it has since reopened to traffic.