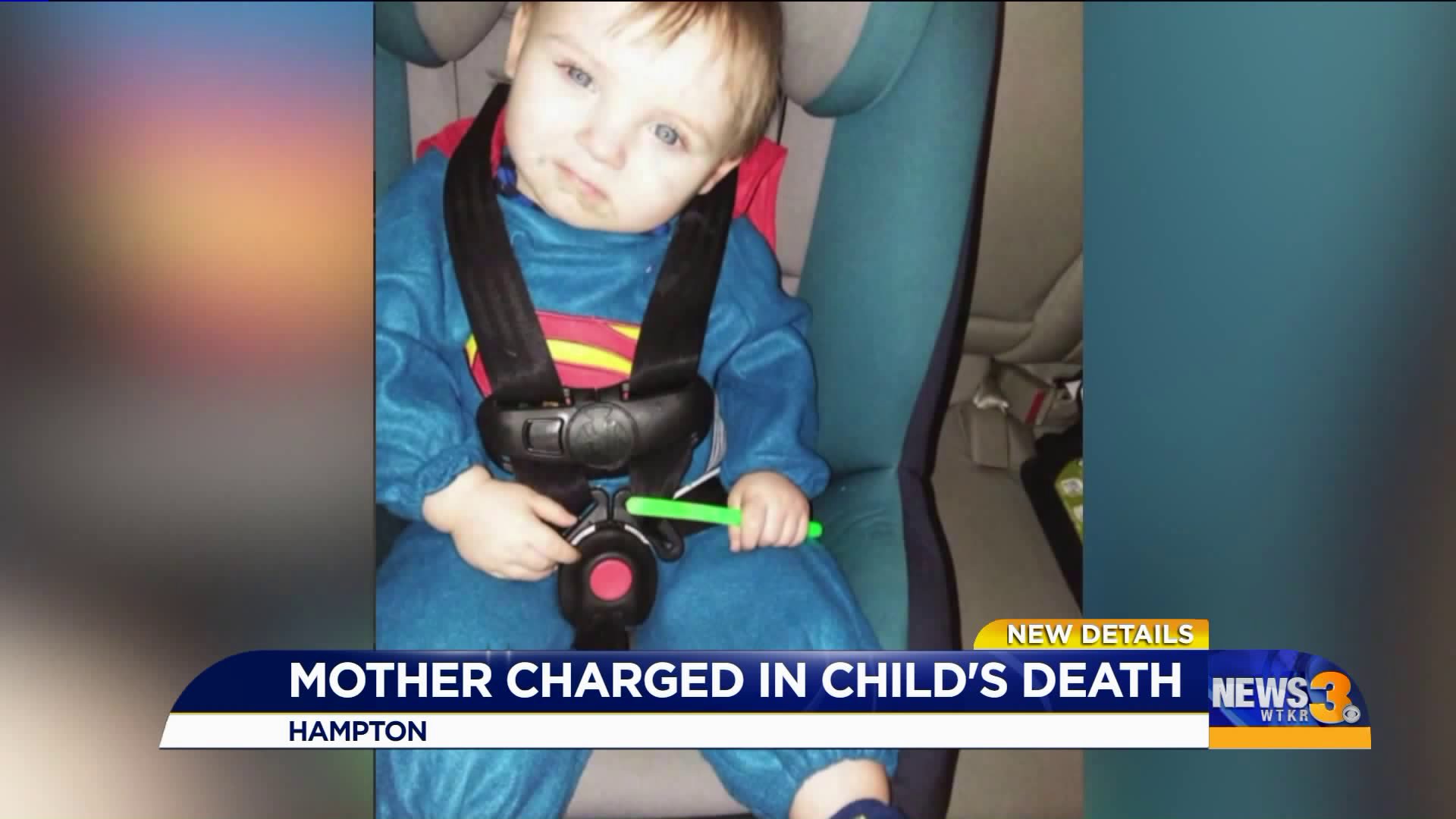 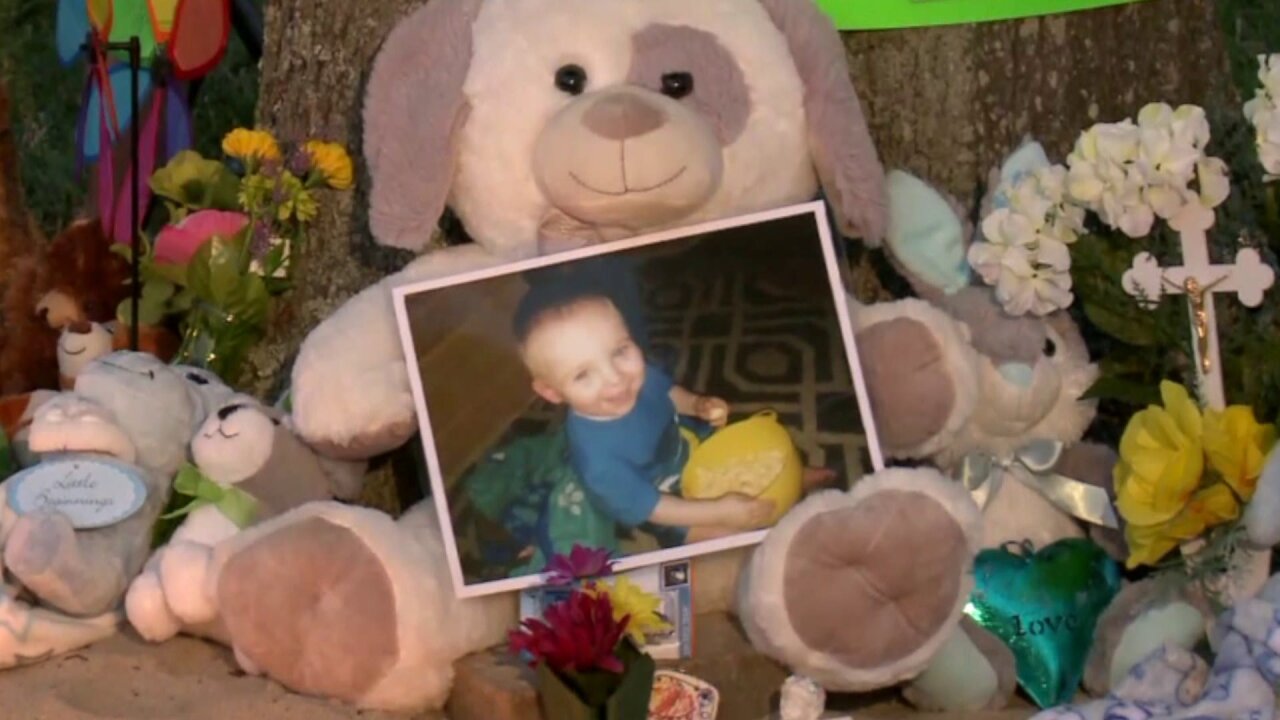 HAMPTON, Va. - In a news conference on Thursday, Hampton Commonwealth's Attorney Anton Bell said he is charging Julia Tomlin with murder and disposal of a deceased person, setting forth a new direction in the case of 2-year-old Noah Tomlin's death.

Bell said that the medical examiner reported that two fractures to Noah's skull were the ultimate cause of the toddler's death, adding that the injuries were as if a child were to have fallen from a multiple-story building.

“These injuries were not only severe, but horrific, to say the very least," said Bell.

The Hampton Coroner's Office also saw signs of blunt force trauma and battered child syndrome when examining Noah's body, according to Bell. The medical examiner, who was working with an anthropologist, only had a fully recognizable left leg and liver when first examining the toddler.

They were able to find abuse to his body through the work conducted on partial parts and pieces of his remains, added Bell. These abuse signs included "the types of injuries that you would find that would literally stop the growth of bones...due to either some severe disease, such as cancer, or some type of abuse -- or even malnutrition.”

Some of Noah's injuries had also reportedly started to heal, which led the medical examiner to believe this abuse happened before the fatal skull fractures accrued. The skull fractures had not healed at all, according to the coroner's report, which Bell authorized to be released Thursday.

Bell asked the medical examiner if Noah's injuries could have happened if had he fallen accidentally or ran into something. The examiner told the Commonwealth's Attorney these injuries -- which included jaw fractures and hip fractures, plus bruising to Noah's ribs -- could not have been caused accidentally.

The injuries that were healing could have been healing for days to actual weeks, according to Bell.

“I have been prosecuting for more than 20-plus years, and I’ve seen some very graphic things. I’ve seen some very horrific crime scenes and have actually gone to an autopsy. And nothing really kind of grabs you like seeing a child, or a toddler, being the victim of a crime," said Bell when asked how this compared to other cases he has worked. 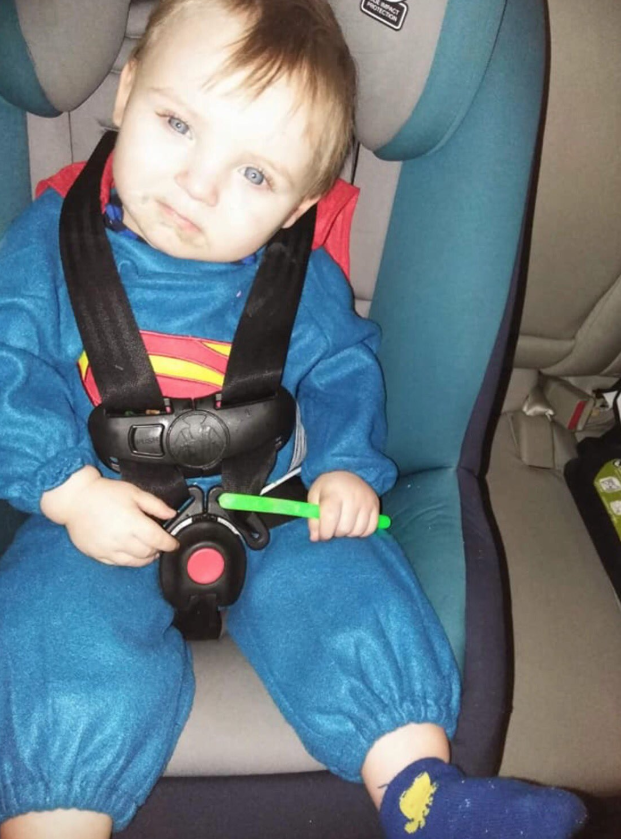 This update comes four months after Noah was first reported missing from his Buckroe Beach home. His body was found in the Hampton Steam Plant more than a week after he disappeared.

Julia was arrested a few days after Noah was reported missing. She was originally charged with three counts of felony child neglect.

Julia is being held at the Hampton Roads Regional Jail and has denied several of News 3's interview requests.

“Justice looks like Julia Tomlin being held fully accountable for the death of her son, and to me, that’s prison," added Bell in his news conference.

Bell also said his office believes that someone helped Julia hide Noah's body, with the autopsy report reading that a friend may have driven Noah's body to a dumpster in Buckroe Beach after Julia realized he was dead.

Even with this belief, the Commonwealth's Office has not charged anyone else in Noah's death, and Julia said over the summer no one else was involved.

Julia will be in court for the murder charges on Monday, November 4 at 9 a.m.