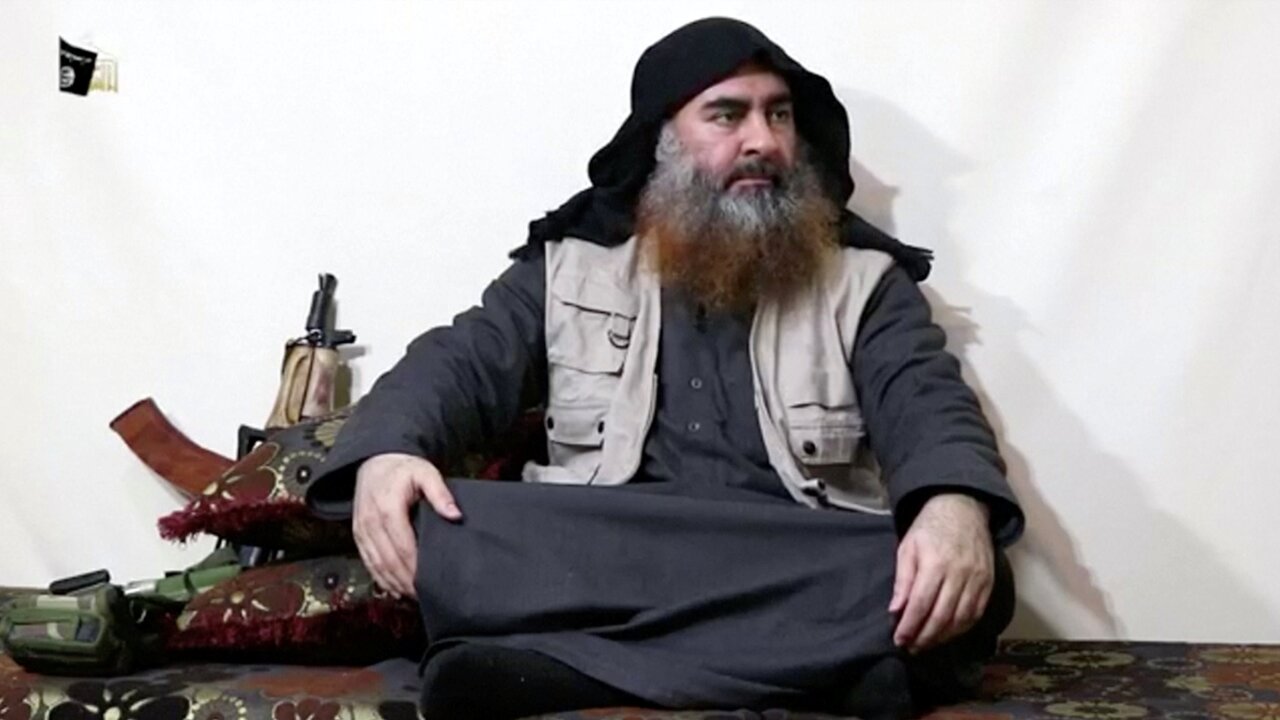 ISIS confirmed the death of former leader Abu Bakr al-Baghdadi and named his replacement in an audio message on Thursday.

Baghdadi died during an American commando raid on his compound in northern Syria over the weekend.

“America, do not be happy with the killing of Sheikh al-Baghdadi,” the new spokesman said in the recording. “Do you not realize that the State today is not only on the doorstep of Europe and in the center of Africa, it is staying and expanding from the east to the west.”

The commander of US Central Command, Gen. Frank McKenzie, said Wednesday that Baghdadi “crawled into a hole with two small children and blew himself up while his people stayed on the ground” during the Saturday night operation.

The Pentagon released newly declassified video and images Wednesday of the raid which showed US forces taking small arms fire from multiple locations as their helicopters approached Baghdadi’s compound.

Video from an overhead drone also showed aerial strikes carried out by US F-15 fighter jets and MQ-9 Reaper Drones to blow up the site once it was cleared.

McKenzie said the DNA used to confirm Baghdadi’s identity was from samples collected during his previous detention at Camp Bucca in Iraq.

Baghdadi’s death marked the end of a years-long hunt to find one of the most wanted terrorists in the world. He has been in hiding for the last five years. In April, a video published by the ISIS media wing al-Furqan showed a man purporting to be Baghdadi. It was the first time he had been seen since July 2014, when he spoke at the Great Mosque in Mosul.