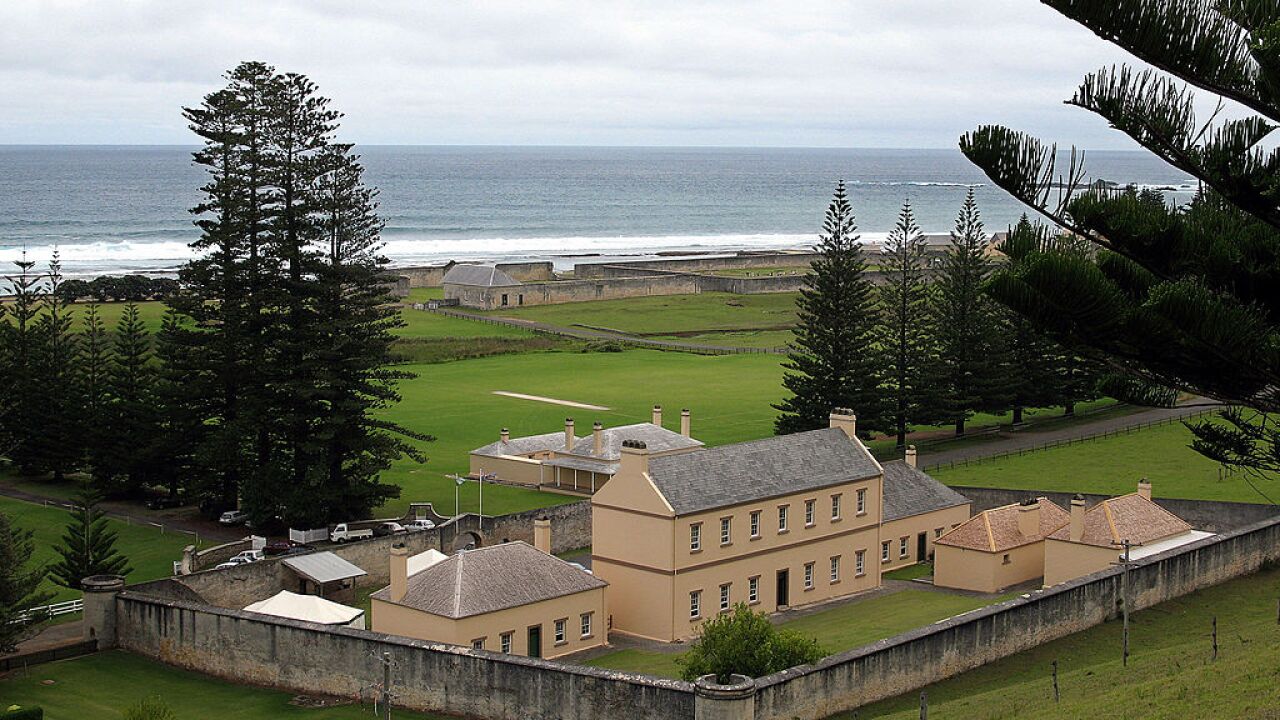 The former military barracks in Kingston in the Australian territory of Norfolk Island, 03 February 2007, are where New Zealander Glenn McNeill is standing trial for the murder of Australian woman Janelle Patton in 2002. In the backround are the ruins of the former British penal settlement on the island, which was later settled by the descendants of the famous mutiny on the ‘Bounty’. AFP PHOTO/Lawrence BARTLETT (Photo credit should read LAWRENCE BARTLETT/AFP via Getty Images)

Norfolk Island is a tiny landmass of about 1,800 people in the South Pacific, about 500 miles (800 km) from the nearest country.

Officially, it’s part of Australia — but many people living there wish they were linked up with New Zealand instead.

Norfolk was a self-governing state of Australia for decades until 2015, when the Australian government passed legislation that applied mainland laws to the island.

In an unofficial survey released this month, more than 36% of people said they wanted to be in free association with New Zealand, meaning that the island would govern its own domestic affairs, but would rely on New Zealand for defense and foreign policy.

The survey garnered 457 votes (about one-quarter of the island’s population), according to Candice Nobbs. She is a member of the management committee of the group Norfolk Island People for Democracy, which organized the survey.

The group launched the poll on their website to show that there were a lot of people who were unhappy with how the island was currently governed, Nobbs said.

Norfolk’s governance has been the subject of controversy for years. Since the then-uninhabited island was discovered by British explorer Captain James Cook in 1774, it has variously been a British penal colony, a British colony and an Australian territory.

With the island facing economic problems and a tourism downturn, Australia reformed how Norfolk Island was governed, making mainland taxes, social security and other programs apply on the island.

But while some people welcomed the additional services, others felt that they were losing their independence.

Nobbs said the problem with Australia’s approach was that it amounted to “taking us over” as they had shown a “lack of respect” towards the culture of Norfolk Island — including the island’s different approach to land rights.

Norfolk is around 500 miles from the northern tip of New Zealand, compared to almost 900 miles (1,440 km) from the Australian east coast, and Nobbs said Wellington had a history of working well with other South Pacific island nations.

She pointed to Niue, which is a self-governing state in free association with New Zealand.

While Nobbs thought that independence was unrealistic for Norfolk Island, she could see why people voted for that. Many people thought “you know what, let’s try and fend for ourselves,” she said.

CNN has reached out to Norfolk Island’s mayor for comment.