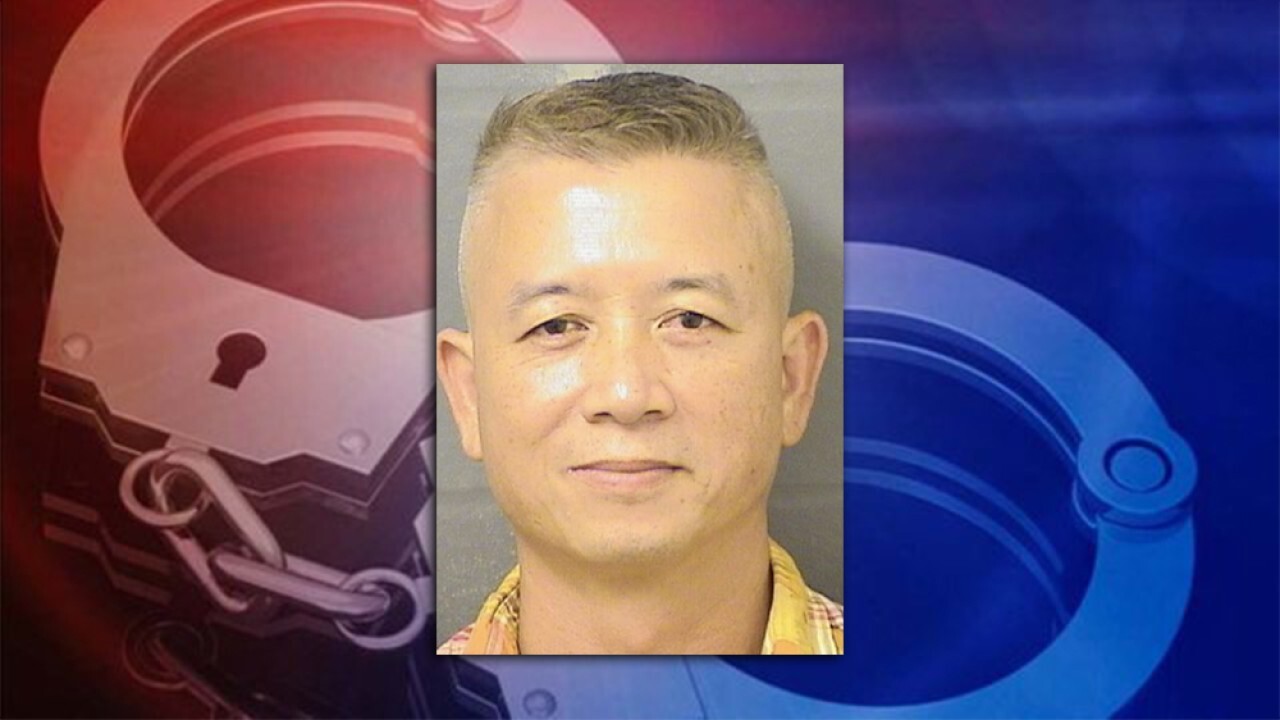 LOXAHATCHEE GROVES, Fla. — A Palm Beach County man who deputies say called himself a ‘warrior’ and ‘sniper’ is accused of opening fire, threatening to kill police and holding an animal control officer against her will, according to WPTV.

According to the Palm Beach Sheriff’s Office, a Palm Beach County Animal Care and Control officer responded to a property in the 13000 block of Okeechobee Blvd. in Loxahatchee Groves on October 8 to investigate a complaint that 43-year-old Brian Tran was neglecting a dog by not giving it proper shelter.

The officer said that shortly after she arrived, Tran showed up in a white minivan and was “rapidly accelerating towards her.”

According to his arrest report, Tran began to rant that he was mad at his neighbors for calling the authorities.

“Tran stated that he was going to kill his neighbors and the cops and he hated the cops,” the arrest report said. “Tran went on to describe himself as a warrior, a police officer, a soldier, and a sniper.”

Tran then pulled out a black colored pistol and began rapidly firing into the ground several times, his arrest report stated.

WPTV reported that the officer, in fear of her life, placed her hands in the air and started yelling, “Sir, sir, I don’t need to see the dog that bad. I need to leave now.”

“No, no, no. You are going to see the dog,” Tran said. He then lifted his shirt and “with a smirk on his face he showed her a knife and said, ‘I have a knife,'” according to his arrest report.

The officer described the weapon as a large fixed blade knife in a tan suede sheath tucked into Tran’s waistband.

Tran then grabbed the officer’s shoulders and forced her to walk alongside him to see the dog in question, the sheriff’s office said.

“[The officer] thought that if she did not comply with Tran he was going to stab her,” the arrest report stated.

The officer “looked at the dog and told Tran that the dog is fine, because she did not want to be his enemy.”

Tran once again threatened to kill his neighbors, the cops and all his enemies, his arrest report said. The animal control officer was then able to return to her truck and contacted the Palm Beach County Sheriff’s Office.

Detectives said when they interviewed Tran he told them he’s upset with his neighbors and admitted to shooting a firearm into the ground. However, he denied touching or threatening the officer.

Tran is now out of jail after posting bond.